WASHINGTON — Virginia first lady Dorothy McAuliffe has decided not to run for Congress next year saying she can do more for Virginians in her current post.

“I look forward to helping elect our Democratic nominee in 2018 and continuing the important work we are doing now to build a stronger, more inclusive and more prosperous Commonwealth for families in every corner of Virginia,” McAuliffe said in a statement released by the governor’s office.

McAuliffe was exploring a primary run in the 10th District, where she and her husband Gov. Terry McAuliffe have lived for 25 years. The couple, currently living in the Executive Mansion in Richmond, still own a home in the district, which stretches from their home base of McLean to Winchester and is represented by Republican Congresswoman Barbara Comstock.

“I am truly honored and humbled by the outpouring of support by many who have encouraged me to run,” her statement reads. “I believe I can continue to best serve Virginia in my current role by focusing on eliminating childhood hunger, supporting our military-connected students and young people who are eager to give back to their communities through national service.”

As first lady, McAuliffe has helped expand breakfast programs at schools across the state in addition to increasing access to healthy food and fresh produce.

Her husband, the one-time chair of the Democratic National Committee, was among those who encouraged her to enter the race. Terry McAuliffe’s term ends in January; he is bared by term limits from seeking re-election.

But it could have been an uphill battle for McAuliffe, despite the name recognition and her husband’s fundraising skills.

Had she run, McAuliffe would have entered a crowded primary field — four Democrats have already filed to run and a handful of others might yet enter the race. And the eventual winner of the Democratic primary would face Comstock, the former state representative and two-term congresswoman who won re-election last fall after a competitive challenge from businesswoman LuAnn Bennett.

Republicans have represented the district for decades, but Hillary Clinton’s win over Donald Trump there in November has given Democrats hope of flipping the seat.

Still, in an era of extreme politics, Comstock has blazed her own path to represent the diverse and largely suburban district.

Last week, she was one of just 20 Republicans to vote against a GOP bill repealing and replacing the Obama-era health care law. In the wake of the ouster of former FBI Director James Comey, she has called for an independent investigation into Russian meddling in the 2016 campaign. And she was critical of a federal hiring freeze imposed shortly after President Donald Trump took office.

Last year, Comstock tried to separate herself from Trump’s divisive campaign, even giving away a campaign donation from the Republican nominee. She focused on medical research, the regional economy and improving — not repealing — the Affordable Care Act. 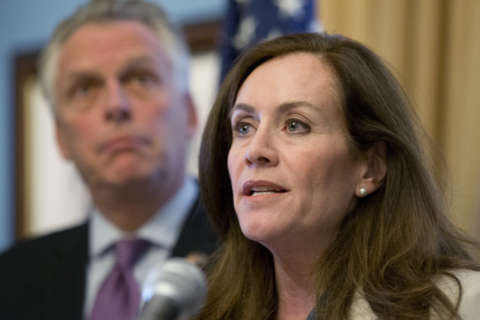 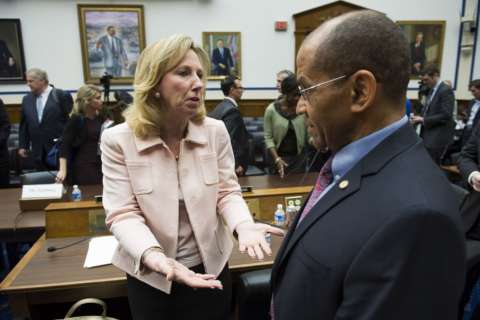