After a recent pardon for driving without a license, a Falls Church, Virginia, woman could still be sent back as part of the federal government's renewed effort to deport illegal immigrants with criminal records.
Listen now to WTOP News WTOP.com | Alexa | Google Home | WTOP App | 103.5 FM

WASHINGTON — Liliana Cruz-Mendez is hoping that a last-ditch effort will keep her from being deported back to El Salvador.

Cruz-Mendez, 30, has been living in Falls Church, Virginia, illegally for the past 12 years after fleeing violence in her home country.

But after a recent conviction for driving without a license, she could be sent back as part of the federal government’s renewed effort to deport immigrants who have criminal records living in the United States illegally.

That conviction was in 2014. She had been allowed to stay in the country after two previous check-ins with federal officials.

“We’re there with her when she was taken into custody last Thursday at a routine check-in in Virginia,” attorney Nick Katz, with the Maryland-based immigrant advocacy group CASA, told WTOP. “Since that time, we have been fighting for ICE to release her.”

Cruz-Mendez has two American children, one 10 years old and the other 4 years old.

She had a small victory this past week when Virginia Gov. Terry McAuliffe pardoned her for the driving offense, which means she now legally does not have a criminal record.

Despite that, ICE told her Friday that it would not grant her stay request.

Officials responded to the request stating, “[S]uch decisions are made on a case-by-case basis, after considering the totality of the circumstances, both mitigating and aggravating factors, and must conform with ICE’s enforcement priorities, namely national security, public safety and border security.”

But Katz argues that the totality of the circumstances should grant Cruz-Mendez the opportunity to stay in the country.

“We feel that it’s very clear that it’s not in our interest as a country to deport someone who has been here for more than a decade and has two United States citizen children,” Katz said.

He is now making that argument to the agency’s acting director, saying that it would be in the best interest of the country for Cruz-Mendez to stay so she can raise her children. 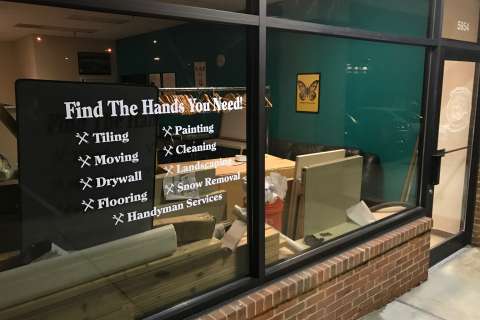