Fracking makes the Rappahannock River in Virginia the fifth most endangered river in the nation, according to a new list by the advocacy group American Rivers.
Listen now to WTOP News WTOP.com | Alexa | Google Home | WTOP App | 103.5 FM

WASHINGTON — Fracking makes the Rappahannock River in Virginia the fifth most “endangered” river in the nation, according to a new list by the nonprofit advocacy group American Rivers.

“The Rappahannock is one of our most important rivers in the Chesapeake Bay region,” President and CEO of American Rivers Bob Irvine said.

One of the factors the group considers for its 2017 rankings of the “most endangered” rivers is whether a significant threat to a waterway can be influenced by some decision to be made within the upcoming year.

“Virginia’s governor has already put in place new safeguards that require disclosure of the chemicals and monitoring used in fracking,” Irvine said. “One of the decisions that will be made this year is whether the Virginia House of Delegates and the Senate will uphold the governor’s safeguards or try to reverse them.”

Fracking is a drilling technique that forces pressurized water and chemicals underground to break up rock and release oil and gas.

That has the potential to contaminate the river and what feeds it: “The Potomac aquifer, which is a major drinking water source in this region,” Irvine said.

Maryland recently banned fracking, but Irvine said he doesn’t believe a ban is the only way to ensure drinking water supplies are protected.

“You can in fact have industrial development as long as you have adequate safeguards in place,” to protect rivers, groundwater and citizens, Irvine said. He encourages concerned citizens to reach out to elected leaders.

“Citizens can influence and actually change the fate or a river that’s listed,” Irvine noted.

The top five “endangered” U.S. rivers, according to the rankings:

The Lower Colorado tops the list in part because it’s over-tapped Irvine said, and it supplies irrigation to farms providing 90 percent of America’s winter leafy vegetables such as lettuce.

“And yet the Trump administration by proposing huge budget cuts to the Department of the Interior and other agencies and by ignoring climate change is only going to make the situation worse,” Irvine said. 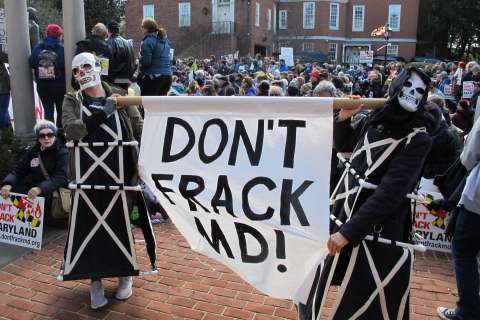 Hundreds rally against fracking for natural gas in Maryland 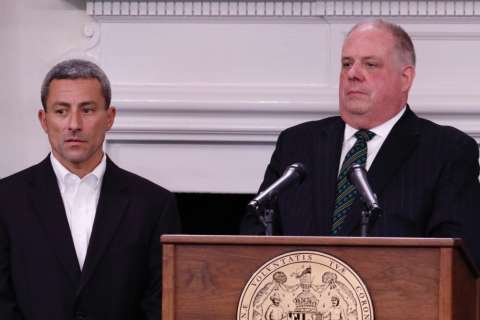