The newly renovated Ninth Street Office Building in Richmond has been renamed in honor of Barbara Johns, a student activist who led a protest that would one day become part of the U.S. Supreme Court's 1954 landmark decision in Brown v. Board of Education.
Listen now to WTOP News WTOP.com | Alexa | Google Home | WTOP App | 103.5 FM

RICHMOND, Va. (AP) — A state government building that once served as headquarters of the “Massive Resistance” campaign against racial integration of Virginia’s public schools was renamed Thursday in honor of Barbara Johns, a student activist who played an important and often overlooked role in the civil rights movement. 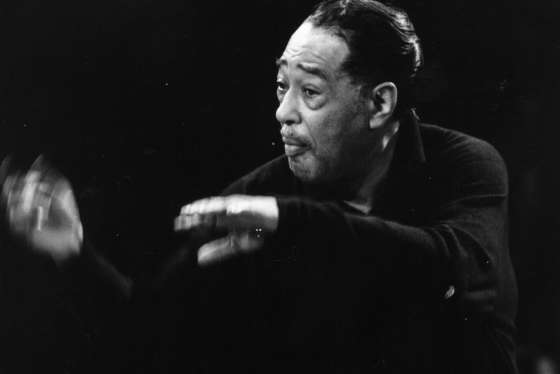 Learn more about the leaders who would change the course of American history. While this isn’t an exhaustive list, this collection of photos showcases notable Washingtonians who influenced society, culture and the push for equal rights.

Johns was only 16 when she led a student protest that would one day become part of the U.S. Supreme Court’s 1954 landmark decision in Brown v. Board of Education.

Like most segregated schools at the time, the all-black high school Johns attended in Farmville, Virginia, was overcrowded, underfunded and dilapidated in comparison to the white schools in Prince Edward County. On April 23, 1951, Johns persuaded all 450 of her classmates to stage a strike and march to City Hall in protest of the school’s substandard conditions.

“When she took a stand like that, it was a dangerous time, and I was the one who was worried about what might happen to us. She didn’t seem to have any fear at all,” said Barbara Johns’ sister, Joan Johns Cobb, who marched alongside her.

Johns enlisted the help of the NAACP, which filed a suit on behalf of 117 students against Prince Edward County, challenging Virginia’s laws requiring segregated schools.

“This was before Little Rock Nine, this was before Rosa Parks, this was before Martin Luther King. This was a 16-year-old girl who said that we will not tolerate separate but not equal,” said Gov. Terry McAuliffe, who announced in January that the newly renovated Ninth Street Office Building would be renamed in Johns’ honor.

Located at 202 N. Ninth St., the building was once known as the Hotel Richmond. During the 1950s, members of the General Assembly stayed at the hotel when they came to the capital for the legislative session. The building became the unofficial headquarters of the Byrd Organization, the dominant pro-segregation political machine at the time.

The attorney general at that point, James Lindsay Almond, originally defeated Johns’ case by claiming that segregation was a way of life for Virginians. Now the building, which houses the state attorney general’s office, has been christened the Barbara Johns Building. Current Attorney General Mark Herring said the renaming will serve as a reminder to him and his staff that the mistakes of the past cannot be repeated.

“She saw an injustice for exactly what it was, and she stood up for what was right. She demanded that which the constitution guaranteed her, and which the commonwealth denied her,” Herring said.

The case, Davis v. School Board of Prince Edward County, was appealed to the Supreme Court and combined with four similar segregation suits under Brown v. Board of Education of Topeka. On May 17, 1954, the court ruled unanimously that racial segregation in public education was unconstitutional.

Powerful members of the General Assembly then met in the very building that now bears Johns’ name to plot against the desegregation of Virginia’s public schools.

Led by U.S. Sen. Harry Byrd and his political machine, the state engaged in a campaign of “Massive Resistance” against desegregation. This led to the shutdown of schools across Virginia when lawmakers decided they would rather see them close than integrate. It wasn’t until 1968, when the Supreme Court ruled their plan unlawful, that large-scale desegregation took place in Virginia.

On Tuesday, the House of Delegates joined the Senate in passing a resolution declaring April 23, the anniversary of the strike, as Barbara Johns Day in Virginia.

“The fact that the very General Assembly that passed laws to prevent school desegregation is naming a day for Barbara Johns is a really powerful testament to how far we’ve come,” said Dr. Larissa Smith Fergeson, professor of history at Longwood University. “In many ways, these are symbolic acts, but symbolic acts matter.”