Drunken driving deaths are down over the last year in Virginia, and the head of the Department of Motor Vehicles thinks apps like Uber and Lyft have played a big role.
Listen now to WTOP News WTOP.com | Alexa | Google Home | WTOP App | 103.5 FM
(1/3) 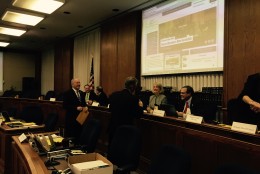 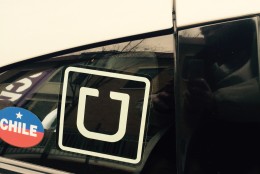 Correction: An earlier version of this story misstated the percentage by which alcohol-related deaths dropped in 2015.

WASHINGTON — Drunken driving deaths are down over the last year in Virginia, and the head of the Department of Motor Vehicles thinks apps like Uber and Lyft have played a big role.

Holcomb cited preliminary data to a committee of lawmakers in Richmond on Wednesday that show alcohol-related deaths dropped 22 percent last year, down 56 deaths from the year before. Alcohol-related crashes dropped by 332 incidents.

“So when the overall fatalities are going up, to see that substantial 22 percent reduction, I don’t think it’s just a coincidence,” Holcomb says.

Holcomb had said in July that it was too soon to be confident that the dip in drunk-driving deaths could be tied to the services, but feels that a full year of data has made the connection clear.

“Other states are saying the same thing, that they are seeing a remarkable decrease because people are just pulling out that iPhone, hitting the app, getting in a car, and getting home safely instead of taking the risk of driving,” he says.

Virginia now has more than 75,000 registered drivers for the companies that are legally referred to as transportation network companies, or TNCs. That is up from 23,000 in July as Virginia’s new registration program was just ramping up.

“Interestingly we have more out-of-staters just slightly than in-staters, we’ve got about 38,000 folks from outside of the Commonwealth, and I will tell you all 50 states are adequately represented including Hawaii and Alaska,” Holcomb says.

A majority of the drivers are in the urban or suburban areas of Northern Virginia, Richmond and Hampton Roads.

Holcomb says enforcement of rules requiring all rides to be arranged through an app or website, and of limits on the number of hours a day a person can drive have not turned up any major issues.