Holidays: 'Enchant' shines with millions of lights in Nats Park | Where to see holiday lights | Send in photos of decorations | How to give greener this season
Home » Virginia News » Protesters gather outside local… 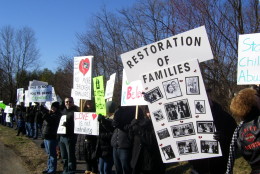 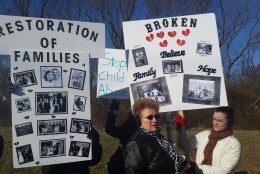 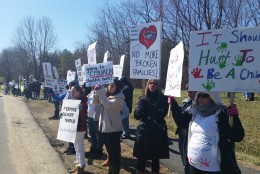 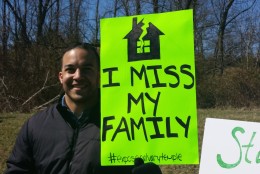 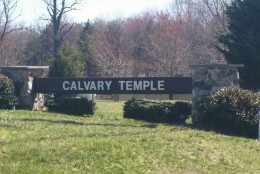 LOUDOUN COUNTY, Va. — On Palm Sunday, protesters gathered outside a local church that’s been previously criticized for its finances, among other things.

About 70 to 80 former church members and supporters held signs across from  Calvary Temple in Sterling. Former members have made claims of sexual, physical and verbal abuse in connection with the church.

The sheriff’s office released a statement on March 26 confirming the ongoing investigation of alleged sex abuse at the church.  Meanwhile, detectives are asking anyone with information regarding the investigation to call 703-777-0475.

Samantha Haas is not a church member but has lived in the community her entire life.  She organized the peaceful protest on Sunday.

She says, “Had to.  If we get enough people to speak out, then something’s going to happen.  It’ll be dealt with, the accusations about the church tearing apart the families, sexually and physically abusing the kids.”

Haas says she heard such stories from her own friend, who claims she was sexually abused.

Andrew Lawrence grew up at the church, but says he’s lost his family.

“I was a member for 27 years,” he explains, but turned away from the church a year ago after putting things together.

“The abuses that have happened are unacceptable, the sexual abuse and all that,” says Lawrence. He added that he left because of what he calls the church’s brand of Christianity, which he describes as controlling and abusive.

Lawrence says he’s been ostracized from the church and his family after speaking out.

“Urged my wife to come with me and five days after I had made the decision to walk away from the church, she left me,” Lawrence says, adding that he no longer has contact with his parents, who are church members.

Lawrence fears for his two young daughters, who are two and four years old, because he says they are still part of this church, and because of the allegations of abuse.  He’s fighting for custody of his daughters, and has a court date on April 10 in Loudoun County Juvenile Court.  He plans to represent himself in the case due to finances.

WTOP went to the church for comment, and was told that the pastor is not commenting at this time.