PORTLAND, Ore. (AP) — The Multnomah County Board of Commissioners in Portland, Oregon, has unanimously moved to ban the for-profit display of human remains.

The move came Thursday after the body of a Louisiana World War II veteran — whose wife thought she donated his body to science — was dissected in front of a paying audience at a Portland hotel, The Oregonian/OregonLive reported.

The ordinance is expected to be formally approved next week and institutes a $1,000 fine per violation, per day. County attorney Rob Sinnott said those who violate the ordinance must also turn over any resulting profits.

Displays of human remains for “legitimate ceremonial and educational purposes” are exempt.

Kimberly DiLeo, the county’s chief medicolegal death investigator, led efforts to draft the ordinance after she unsuccessfully tried to prevent the Oct. 17 for-profit autopsy at the Portland Marriott Downtown Waterfront.

DiLeo said she contacted the Portland Police Bureau and Oregon Medical Board, but both agencies said they lacked the authority to stop the event.

A Portland police spokesperson previously said detectives consulted with the Oregon Department of Justice, Oregon State Police and Multnomah County District Attorney’s Office and determined no crimes were committed during the autopsy.

In a statement last year, Martin McAllister, the hotel’s general manager, said his staff was “grossly misled” about the event.

Seventy people gathered, some paying up to $500 a ticket, to watch the autopsy of 98-year-old David Saunders, who had lived with his wife, Elsie, until he died from COVID-19. The “Cadaver Lab Class” was hosted by Death Science, a media company with no professional credentials, DiLeo said.

Death Science did not immediately respond to a request for comment from the newspaper.

Elsie Saunders didn’t learn what happened to her husband until after KING-TV published footage that showed her husband’s name printed on an arm band still attached to his wrist.

Elsie Saunders said by phone during the county meeting that she is still haunted by the images of the public autopsy.

“The vision in my mind of his naked and defenseless body being dismembered like a butcher preparing an animal carcass for sale … I have to live with it until I die,” she said.

But, some “ambiguity” was in the contract she signed, according to East Baton Rouge District Attorney Hillar Moore, who also spoke at the meeting by phone.

Med Ed Labs spokesperson Obteen Nassiri said the company was told the body would be used to train people involved in death sciences and was unaware tickets were being sold to attend the event.

Moore said he accompanied David Saunders’ nephew to identify the body after it was returned to a Baton Rouge morgue. In his experience attending thousands of autopsies, Moore said the body was not treated like any body is treated in a legitimate autopsy.

“This was completely different and separate in a very macabre way than any other autopsies being conducted,” he said.

Moore said he was dismayed that there were few Oregon and Louisiana restrictions preventing for-profit autopsies. He hopes to introduce a similar ordinance in Baton Rouge.

“I would urge that we make this a criminal issue and that we talk to our state legislators, our other counties, so that a family never has to go through this again,” Stegmann said. “It is truly a violation of our humanity.” 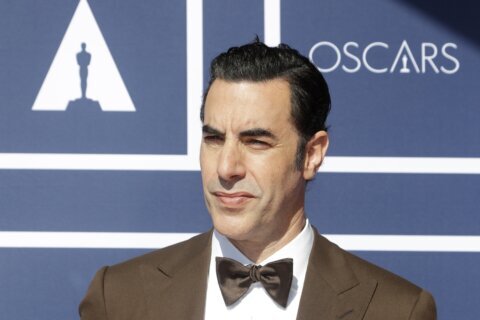