Murray out of US Open in 3rd round; Serena eliminated 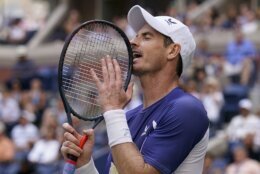 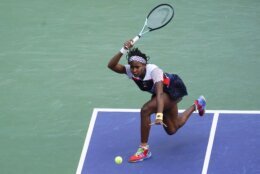 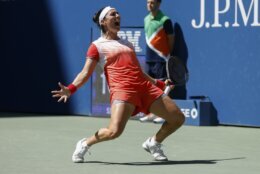 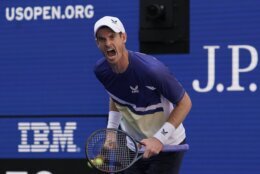 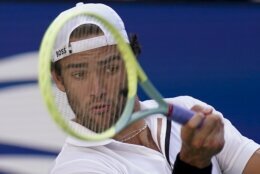 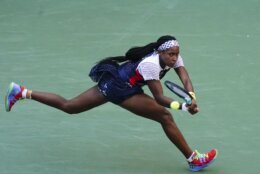 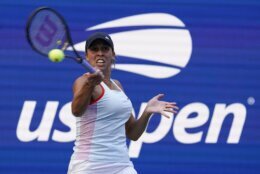 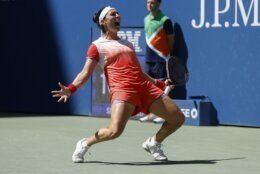 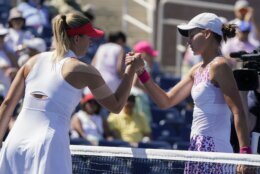 NEW YORK (AP) — Andy Murray’s latest Week 1 exit at a Grand Slam tournament did not discourage him. The three-time major champion still thinks he can go toe-to-toe with the best in men’s tennis — even after two hip operations, even as the years without a trip past the third round at any of the sport’s biggest events stretch on.

“I’ve got a metal hip. It’s not easy playing with that. It’s really difficult. I’m surprised I’m still able to compete with guys that are right up at the top of the game,” the 35-year-old Murray said, resting his head on his left hand. “Matches like this, I’m really proud that I have worked myself into a position where I’m able to do that. I’m really disappointed that I didn’t get over the line today. But I get reminded, like, ‘This is the first time you’ve made the third round here since 2016.’ It’s been six years. It’s been a difficult six years for me.”

Berrettini, a big hitter who reached the 2019 semifinals at Flushing Meadows, dominated in just about every statistical way at Arthur Ashe Stadium, hours before 23-time Grand Slam title winner Serena Williams was eliminated by Ajla Tomljanovic with a 7-5, 6-7 (4), 6-1 loss in what was expected to be her final match.

Williams, who turns 41 this month, still didn’t definitely say her career was over. But her tearful thanks to her parents, older sister Venus and fans afterward made it sound that way.

“It’s been a fun ride. It’s been the most incredible ride and journey I’ve ever been on in my life,” Williams said.

Coco Gauff, an 18-year-old American who reached the final at the French Open in June, made it to the fourth round at the U.S. Open for the first time with a 6-2, 6-3 victory over Madison Keys, the 2017 runner-up in New York and seeded 20th this year.

Gauff’s match ended a little more than an hour before Williams-Tomljanovic was due to begin — and the teen was hoping Williams could keep winning so they could meet in the semifinals. But the six-time champion lost, shortly after 2019 winner Bianca Andreescu was eliminated by No. 17 Caroline Garcia, guaranteeing there would be a first-time U.S. Open women’s champion.

Medvedev had 12 aces to only one for Wu, who was the first Chinese man to reach the third round of the U.S. Open.

In other action during the day session, Wimbledon finalist Ons Jabeur came back to defeat No. 31 Shelby Rogers 4-6, 6-4, 6-3 and avoid the sort of early exit by a high-seeded woman that has filled the first week of play at the year’s last major. No. 2 Anett Kontaveit (who lost to Williams), No. 3 Maria Sakkari and No. 4 Paula Badosa are all aready gone, as are 2021 champion Emma Raducanu and 2021 runner-up Leylah Fernandez; No. 1 Iga Swiatek and No. 5 Jabeur have offered a bit of the expected.

Jabeur reached the fourth round in New York for the first time after going 0-3 in the third round since 2019.

“Finally,” Jabeur said. “I know that I don’t play the best on hard courts, but it’s always amazing to see how I’m improving, how I’m pushing my limits.”

She next plays No. 18 Veronika Kudermetova, who needed just 47 minutes to overwhelm Dalma Galfi 6-2, 6-0.

In the men’s bracket, French Open runner-up Casper Ruud edged 29th-seeded Tommy Paul in five sets, while No. 27 Karen Khachanov moved on when his opponent, Jack Draper, stopped playing in the third set because of an injured hamstring.

Murray’s summation: “I served pretty poorly for a large part of the match.”

He won his first Slam trophy at the U.S. Open in 2012, then added titles at Wimbledon in 2013 and 2016, becoming the first British man to triumph there since the 1930s. Murray made it to No. 1 in the rankings in 2017; that also was the last time he reached the fourth round at any major, doing so at the All England Club.

“Unfortunately, I never played him when he was No. 1, but his level seems very high right now. He’s super intelligent. He reads the game very well. … He made me sweat a lot,” Berrettini said after a match that was interrupted for about five minutes while paramedics attended to a spectator. “He still moves well. He has a lot of strength in his legs. I see him in the gym all the time.”

The first procedure on his hip came early in 2018, and the assumption by most, including Murray, was that he would need to retire. Then a second surgery, to install the metal implant, arrived in January 2019.