With mass shootings in Texas, New York and California fresh in Americans’ mind, the Supreme Court will soon issue its biggest gun ruling in more than a decade, one expected to make it easier to carry guns in public in some of the largest cities.
Listen now to WTOP News WTOP.com | Alexa | Google Home | WTOP App | 103.5 FM

WASHINGTON (AP) — With mass shootings in Texas, New York and California fresh in Americans’ mind, the Supreme Court will soon issue its biggest gun ruling in more than a decade, one expected to make it easier to carry guns in public in some of the largest cities.

Already in an uncomfortable spotlight over a leaked draft opinion that would overrule Roe v. Wade’s nationwide right to abortion, the justices also are facing a possible backlash from the guns case. In both cases the court could issue decisions that polls say would be unpopular with the majority of people in the United States.

“I think the court is heading into uncharted waters. I can’t recall the last time the Supreme Court ruled in so many cases likely to spark a strong political backlash,” said UCLA law professor Adam Winkler, an expert on the court and gun policy.

Winkler predicted the recent shootings would not do anything to change the outcome in the guns case, where the court’s conservative majority has been expected to strike down a New York gun law. “Pro-gun justices are pro-gun,” he said, adding it is not likely that recent mass shootings have done anything to change that.

The decisions in both the abortion and guns cases are expected to be released sometime in the next month before the justices take their summer break.

The reaction to the decisions could add to criticism the court has faced recently over the disclosure that conservative political activist Virginia “Ginni” Thomas, the wife of Supreme Court Justice Clarence Thomas, urged the White House and Republican politicians in Arizona to work to overturn Joe Biden’s presidential victory and keep Trump in office.

A poll released this week found public approval of the court has fallen to 44%, down from 54% in March. The poll was conducted after the leak of the draft abortion decision, which has sparked protests and round-the-clock security at justices’ homes, demonstrations at the court and concerns about violence following the court’s ultimate decision. The court itself has been ringed in a tall security fence for weeks in anticipation of the abortion ruling.

In 2020, AP VoteCast, an expansive survey of the electorate, showed 69% of voters in the presidential election said the Supreme Court should leave the Roe v. Wade decision as is, while 29% said the court should overturn the decision.

In the leaked decision overturning Roe, Justice Samuel Alito wrote that the court should not be swayed by public opinion. “We do not pretend to know how our political system or society will respond to today’s decision. … And even if we could foresee what will happen, we would have no authority to let that knowledge influence our decision,” he wrote.

Still, the justices do not live in a bubble, and New York University scholar Barry Friedman has argued that the court’s decisions are never too far out of step with public opinion.

“You know we don’t have an army. We don’t have any money. The only way we can get people to do what we think they should do is because people respect us,” Justice Elena Kagan said in 2018.

Eric Tirschwell, the legal director at Everytown for Gun Safety, said it is “hard not to think that what’s going on in the country doesn’t impact to some degree” how the justices go about their work. The recent violence, he said, underscores that “interpreting the Second Amendment is not an abstract exercise. It has life or death consequences.”

The gun case the court is considering involves a New York law that makes it difficult for people to get a permit to carry a gun outside the home. To do so, a person has to show a particular need to carry the weapon.

When the case was argued in November, it sounded from the justices’ questions as though the justices were prepared to strike down the law as too restrictive. Similar laws exist in California, Hawaii, Maryland, Massachusetts, New Jersey and Rhode Island, and the Biden administration has said those states could be affected by a ruling against New York. Opponents have said that could lead to more guns on the streets and more resulting violence.

Just since the court heard arguments in the case, there have been 16 shootings where four or more people were killed, according to The Associated Press/USA TODAY/Northeastern University mass killing database. Those shootings have left 94 dead, including 31 adults and children in Buffalo and Texas, and 45 injured, the database says.

One of two conservative justices, Thomas or Amy Coney Barrett, probably is writing the guns opinion, based on the court’s usual practice of giving each justice at least one opinion for each month the court hears cases. Neither has written yet in the cases heard early in November.

No matter how the court decides the New York case, other gun rights disputes are already at or nearing the court. The justices have been asked to hear cases challenging limits on ammunition magazine capacities in New Jersey and California as well as a challenge to Maryland’s assault weapons ban.

Earlier this month, a federal appeals court struck down California’s ban on the sale of semiautomatic weapons to adults under 21, holding it violated the Second Amendment. That case too could be headed to the court. 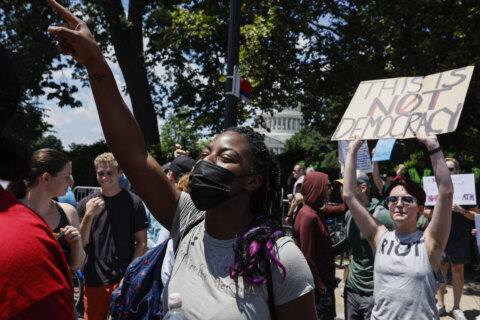 ‘We are not surprised’: Women of color say the courts have never served their communities 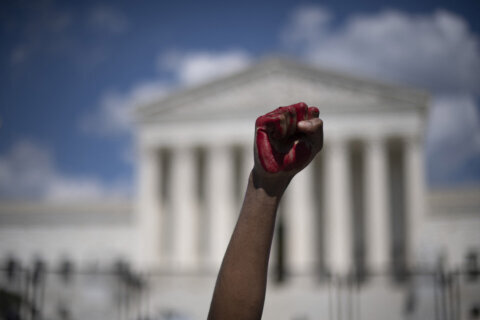 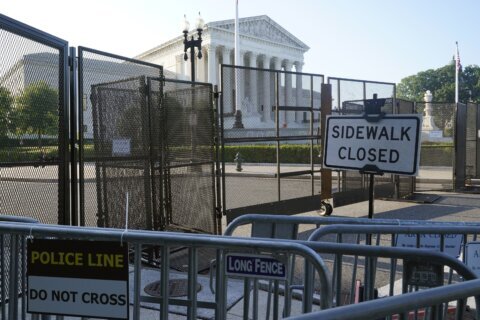