Avalanche counting on Cale Makar to be marathon man on ice

ARLINGTON, Va. (AP) — After winning the Norris Trophy as the NHL’s top defenseman and earning playoff MVP honors for leading the Colorado Avalanche to the Stanley Cup, Cale Makar had seemingly reached hockey’s peak before his 24th birthday.

Turns out he still has a few tricks up the sleeve of his No. 8 jersey.

Makar skated almost 33 minutes in Colorado’s victory at Carolina on Thursday night — the second-highest total of his NHL career and the most he has played in 193 regular-season games. That earned him a day of rest Friday before the Avalanche visit the Washington Capitals on Saturday and plenty of praise from teammates for shouldering that load in November amid injury problems that have ravaged the roster.

“The responsibility is really high, especially when he’s playing power play, penalty kill and (even strength),” veteran defenseman Erik Johnson said. “He was playing 30 (minutes) almost all playoffs, and we’re down some ‘D’ right now, so guys have to play some more minutes and he’s one of them.”

With Colorado missing Samuel Girard and Bowen Byram on the blue line, no one is being asked to do more than Makar, whose previous regular-season career high in ice time was 31:49 in January 2022. His ice time against the Hurricanes was the most by an Avalanche player in nearly 20 years and was just the latest accomplishment to add on to Makar’s strong start with 18 points in 15 games.

“He takes care of himself,” top center Nathan MacKinnon said. “His mentality is very even-keeled when he plays. He doesn’t get too emotional. I think that helps with his longevity on the ice. He’s obviously one of the best players in the game, the best defenseman in the game, so it’s nice that we can rely on him to play that many minutes.”

In the playoffs? Sure. But coach Jared Bednar would rather not rely on Makar quite this much this early in the season, given the long road ahead until the playoffs begin in April.

The Avalanche have not only a return to the postseason on their minds but a Cup repeat bid, and they need points and wins now to make sure that is possible.

“The goal is to go out and win the hockey game, so sometimes you’ve got to do what you’ve got to do,” Bednar said. “Obviously we don’t want to be playing him 33 minutes every night, but I think if you look at him from the start of his career, how tired or how much energy he had to use in even, say, 22 minutes and now he’s built it to (the point where) 26 is a pretty easy night for him.”

Johnson knows from experience how surpassing 30 minutes in a game is not easy. At 34, he’s several years removed from those days but understands how taxing it can be — especially for someone like Makar who can do it all.

“There’s some pacing that you need to do,” Johnson said. “You kind of got to conserve some energy in certain sports, pick your spots when you’re joining the rush. With him, though, it’s a hard 30 minutes for him because he does so much skating, and it takes a special athlete to be able to do that.”

Makar in three-plus NHL seasons has shown how special an athlete he is. He won the Calder Trophy as rookie of the year in 2019-20 and finished second in Norris voting in ’21 before winning it last season and being a unanimous choice for the Conn Smythe Trophy as playoff MVP.

Going into this year, he was less concerned about what he could do next and more focused on consistency.

“It’s not about topping that,” Makar said in September. “It’s just finding that groove, making sure that I can be a reliable player for my team every single game is just what I’m going to try to focus on.”

It’s working so far and helping the Avalanche stay in the mix early despite so many major absences. Makar is making a difference one minute at a time and making a ton of them count.

“He plays in all situations — it’s something we want him to do, something he wants to do,” Bednar said. “It’s more letting the game come to him in certain areas and picking his spots, making sure he’s not using energy if there’s nothing on the rush attack offensively. He’s still part of all of our breakouts, all of our rush attacks. He just uses his intelligence to select which opportunities are going to be the best.” 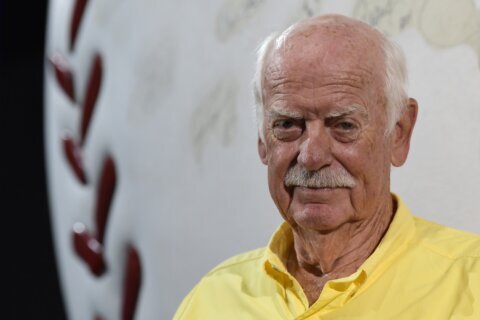