LONDON (AP) — Arsenal’s 15-year-old academy product Ethan Nwaneri became the youngest player ever to appear in a Premier League game after coming on for the final few minutes of the Gunners’ 3-0 win at Brentford on Sunday.

Nwaneri was included in Arsenal’s matchday squad for the first time and was handed a record-breaking debut by manager Mikel Arteta in injury time at the Gtech Community Stadium.

At 15 years and 181 days, Nwaneri broke the Premier League’s age mark previously held by Harvey Elliott, who was 16 years and 30 days when he came off the bench for Fulham at Wolves in May 2019.

“He has trained a couple of times with us and I had a feeling yesterday that if the opportunity came I would do it,” Arteta said about putting Nwaneri in the game. “I think it sends a strong message about who we are as a club. I told him yesterday he would be with us and he had to be ready. He is ready. When he went on I said: ‘Congratulations and enjoy it.’”

Jack Wilshere — who now manages the Arsenal Under-18 team that Nwaneri is part of — was previously the youngest Arsenal player to make his Premier League debut, at the age of 16 years and 256 days in 2008.

Cesc Fabregas had been the youngest to play for Arsenal in any competition, making his debut in a League Cup game in 2003 at the age of 16 years and 177 days. 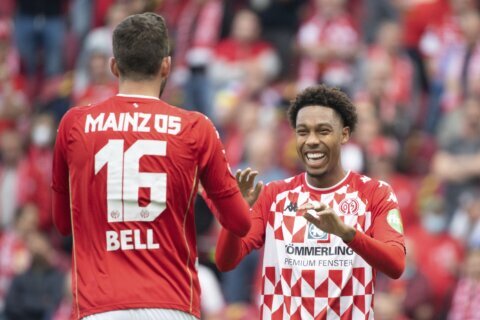