Miami (39-18), the No. 7 overall seed, plays the winner between Mississippi and Arizona in the semifinals later Saturday and Canisius plays the other in a loser-out game Sunday morning.

Morales gave Miami the lead for good with his third home run, a two-run shot to straightaway center that sparked a four-run seventh and made it 8-4. He reached base for the fifth time in five plate appearances with a walk, loading the bases in the eighth and later scoring on Zach Levenson’s two-run single for an 11-5 lead.

Canisius (29-23) had its six-game win streak snapped. Mike DeStefano went 3-for-4 with a walk, an RBI and two runs scored for the Golden Griffins. Mike Steffan was 3-for-5 with a double and two RBIs and Trevor Henneman hit a solo homer.

The game — the first between the programs and the regional opener — originally was scheduled for noon Friday but was twice pushed back due to a tropical storm in the area. 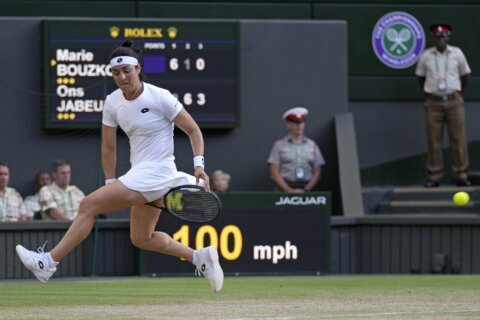