Erasmus donned a bright yellow bib and acted as a water carrier during the Springboks’ home series against the British and Irish Lions last year, sparking complaints from the opposition that he was using it as a guise to pass on coaching tips to his players.

Head coaches in rugby traditionally stay up in coaching boxes away from the action, but Erasmus has flouted that and acted as a water carrier since moving from his role as South Africa head coach to director of rugby following the Springboks’ victory in the 2019 World Cup. While Erasmus moved around as a water carrier against the Lions, current South Africa head coach Jacques Nienaber was able to watch from the coaching box.

The governing body also said water breaks in top-level rugby would be limited to two per half and at points agreed with the match officials under the global trial, which comes into effect July 1. That was to counter a recent trend where teams, not only South Africa, have used water breaks to slow down play when it suits them.

Teams can be punished with a penalty against them if their non-playing personnel break the rules.

“We’re taking concrete action to improve the flow of rugby matches,” said World Rugby player welfare chief Mark Harrington. “This will be the first time teams on the field of play could be sanctioned by the actions of those not directly involved in the contest.

“We’ve received feedback from across the game that the number of people who aren’t players interrupting the flow of the game was getting out of hand.”

Harrington said World Rugby had to take player welfare into account and consider how much water players needed during a game before settling on the law changes. Players can still get water off the field at any time.

Other new laws in the trial include limiting each team to a maximum of two on-field water carriers and making them stay in a team’s technical zone until called onto the field by match officials. Medics can only provide water to a player they are treating.

Erasmus turned around the Springboks’ fortunes to make them the No. 1-ranked team and current world champion, but he has a reputation for challenging authority and pushing the boundaries. He is currently serving a 10-month ban from attending games for criticizing a referee in the Lions series in a near hourlong video that was posted online.

In response to World Rugby’s announcement, Erasmus hinted — possibly joked — in a tweet on Tuesday that he had been speaking with his manager over changing his job title again to skirt the new laws.

“We agreed that Director of coaching will be so much better title for me!” Erasmus wrote. 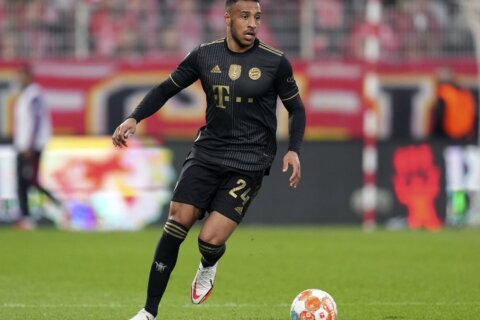