The Detroit Red Wings celebrated the return of Steve Yzerman three years ago, expecting one of their all-time greats to turn around the franchise as general manager.

It hasn’t happened yet.

Looking to shake up the rebuild, Yzerman fired coach Jeff Blashill after on Saturday. Blashill had a .447 points percentage, the second-worst in the league over his seven seasons — not counting the debut season of the expansion Seattle Kraken.

The Red Wings closed their third season under Yzerman on Friday night with a 5-3 win at New Jersey, failing to show much progress in the standings with the Hall of Fame player in charge.

Detroit was 32-40-10 and won 39% of its game, barely faring better than last year’s rate after bottoming out in Yzerman’s first season by winning fewer than one-fourth of its games.

The Red Wings weren’t the worst team in the league this season, finishing about 20 points ahead of the NHL’s worst teams. However, they were nearly 30 points away from earning a wild-card berth in the playoffs.

Detroit’s string of seasons without appearing in the playoffs stretched to six years after being in 25 straight postseasons and winning four Stanley Cups.

“We’ve stayed in the playoff race longer than we have the last couple of years” Blashill said before he was fired. “Since we started the rebuild, we had as much hope as we’ve had.”

Yzerman’s first major move of the offseason was to decide what to do with Blashill, whose tenure coincided with a rebuilding project that would’ve likely doomed anyone behind the bench.

Blashill, who was 204-261-72, has said in recent days that he’s not worried about his future with the franchise and is proud of the improvements made this season.

Rookie Moritz Seider said the team has a long way to go to simply compete in its own division against Florida, Toronto, Tampa Bay and Boston.

“We’re far away from that,” Seider said. “But we’re adding pieces and we took big strides. We were competing for a wild card for almost half the season. After the All-Star break, we just couldn’t find a way to compete.”

Yzerman’s first draft pick in Detroit was Seider, who was taken earlier than expected in 2019 at No. 6 overall, and he panned out in a big way. The German became the fifth rookie since 1990 to have 50 points.

“I had expectations of making the team, and that was about it,” Seider said.

Blashill stumped for him to be named the NHL’s top rookie.

“Seider, to me, hands down, is the Calder Winner with the minutes he’s had with the defensive and offensive responsibilities he’s had,” Blashill said.

Just five Red Wings have been named rookie of the year, and none since Roger Crozier in 1965.

Lucas Raymond may not have been the best first-year players on the team, but he was one of the best in the league with 23 goals and 57 points to rank among the NHL rookies.

Raymond had the most goals by a Detroit rookie since Sergei Fedorov scored 31 during the 1990-91 season. The 20-year-old forward became the fourth player in team history, and the first since Yzerman in 1985, to have 50 points

Blashill said Seider and Raymond, drafted No. 4 overall in 2020, will not go into the offseason satisfied with their personal success.

“They want to be great players on a great team,” Blashill said.

Tyler Bertuzzi had his best season, scoring a career-high 30 goals and reaching 62 points, despite being limited to 68 games because the 27-year-old forward was unvaccinated.

Jakub Vrana was hurt in training camp and had shoulder surgery, keeping him out of the lineup for months. Vrana, a forward acquired last year from Washington in the Anthony Mantha trade, was productive when he was on the ice with 13 goals and 19 points in 26 games.

Danny DeKeyser’s 10th season with the Red Wings may have been his last. DeKeyser’s $30 million, six-year contract expired and Detroit may want to reshape its defense without the former Warren De La Salle and Western Michigan star.

“It’s been a dream come true to play here, growing up idolizing this team,” DeKeyser said. “I come to the rink every day, knowing I’m pretty lucky to not only play in the NHL, but for my hometown team.” 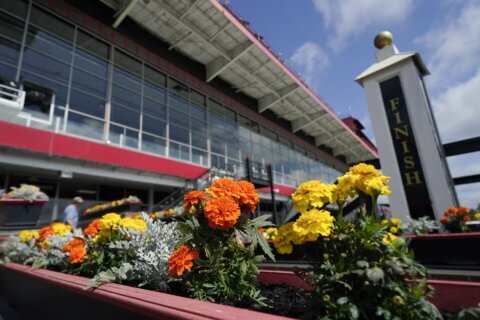