“These elite programs will lend instant credibility and help establish the Sun Belt as one of the nation’s premier men’s collegiate soccer conferences,” Sun Belt commissioner Keith Gill said in a statement.

The Sun Belt Conference previously sponsored men’s soccer from 1976 to 1995 and from 2014 to 2020. The league will now sponsor 18 NCAA Division I sports and have 14 members starting in July.

Late last month Conference USA agreed to allow Marshall, Old Dominion and Southern Miss to expedite their move to the Sun Belt, while James Madison is moving up from the Colonial Athletic Conference.

West Virginia, which competed in the Mid-American Conference last season along with Georgia State and Georgia Southern, originally planned a men’s soccer-only move to Conference USA but changed plans due to realignment.

“Moving our men’s soccer program to the Sun Belt Conference gives us the best chance to compete nationally in a strong soccer conference,” West Virginia athletic director Shane Lyons said in a statement. 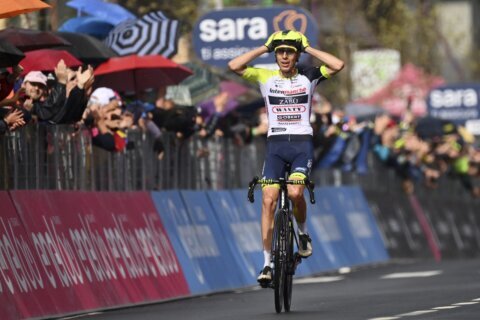