NYON, Switzerland (AP) — Norwegian soccer club Bodø/Glimt will be without its coach against Roma on Thursday after UEFA dismissed an appeal against a suspension while he and the Italian team’s goalkeeping coach are being investigated for fighting that broke out after the first leg.

UEFA said Wednesday it declined to overturn the suspension of Kjetil Knutsen. He cannot have contact with his players at the Stadio Olimpico when Bodø/Glimt faces Roma in the Europa Conference League quarterfinals.

Fighting allegedly broke out in the tunnel after Bodø/Glimt won the first leg 2-1 with an 89th-minute goal in Norway.

Roma goalkeeping coach Nuno Santos and Knutsen were provisionally suspended for one game Monday by UEFA’s disciplinary panel while it “decides on the merits of the case.”

Both Santos and Knutsen face longer bans from UEFA competitions if assault charges are proven.

Bodø/Glimt is having its best run in Europe and Roma is seeking its first title in a UEFA competition. 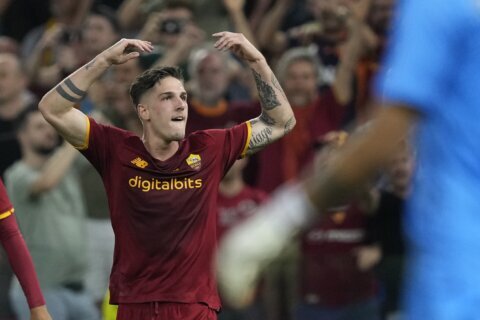