MANCHESTER, England (AP) — On the ropes after his worst loss as Manchester United manager, Ole Gunnar Solskjaer wants his players to take lessons from heavyweight boxing champion Tyson Fury as they try to respond to their latest setback in the Premier League.

Solskjaer is fighting to keep his job after United lost to Liverpool 5-0 at Old Trafford last weekend.

On Friday, Solskjaer said it wasn’t the first time he had been in a crisis in his three years as United manager and is ready to “fight back” again, starting in the match at Tottenham on Saturday.

Solskjaer said his team was like a “punch drunk” boxer against Liverpool, which went ahead in the fifth minute and was leading 4-0 by the end of the first half.

“We conceded a goal and we wanted to sort it out and went a bit too open, too frantic against a good team,” Solskjaer said. “You see Tyson Fury when he gets knocked down a couple of times. It is remarkable how calm and composed he is when the count gets to six, seven, eight, and he gets up and he’s ready to go again. Minds have to be better.”

Amid widespread criticism of United’s performance and his own tactics, Solskjaer said it felt like the squad was “in the trenches” this week.

“We need a reaction,” he said. “It’s my job to put the players in the right frame of mind. I’m responsible for the reaction, for the result, for the performance, and we’ve worked on the pitch on everything that needs to be sorted.

“That’s not just one bit, it’s not just frame of mind. It’s game plan, tactics, technically. We’ve had a good week and I feel the boys are ready to give their best.”

United captain Harry Maguire said he has been through one of the lowest points of his career and that the team “owes” its under-pressure manager a good performance against Tottenham.

“I hope every player in the dressing room is looking at themselves, taking full responsibility on their shoulders and not pointing the finger and blaming anyone else,” Maguire said in an interview with Sky Sports. “You look at yourself first and foremost when you have a result like this and a period like this.

“We let the manager down against Liverpool. We let the fans down, the club down, us as players. So we have to take huge responsibility for that.” 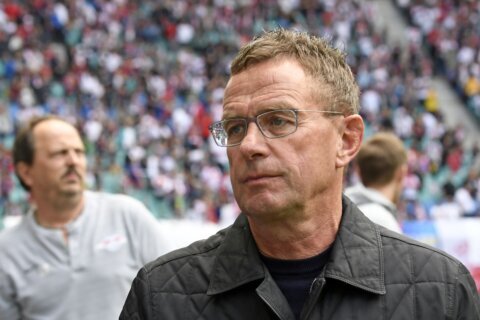 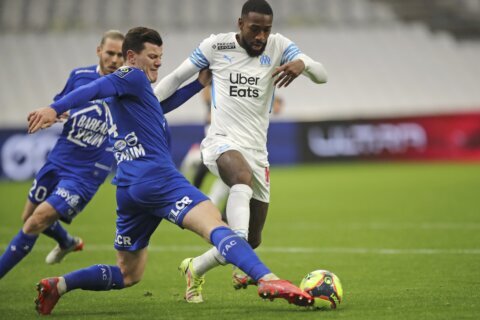 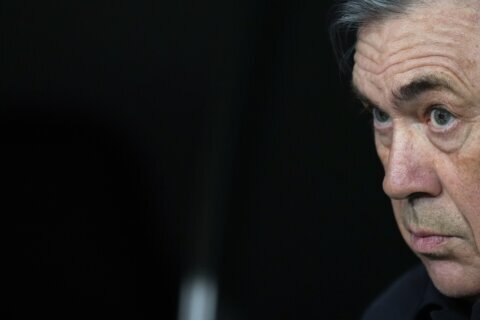 Back in Spain, Ancelotti has Madrid back on the title track