Pulisic, Steffen to miss US qualifying opener at El Salvador

Pulisic, the top American player and a regular with European champion Chelsea, is regaining fitness after testing positive for COVID-19. Steffen, the backup at Premier League champion Manchester City, has back spasms.

Both did not board the Americans’ charter flight to El Salvador and remained in Nashville, Tennessee, where the U.S. hosts Canada on Sunday night in its second of 14 qualifiers.

U.S. coach Gregg Berhalter said Matt Turner, a 27-year-old who made his debut with Major League Soccer’s New England Revolution in 2018, will start in goal. Turner allowed one goal in six matches this summer as the Americans won the CONCACAF Gold Cup with largely a group of backups.

Berhalter said it is too early to determine whether Pulisic, who is fully vaccinated, will be available for Sunday’s match.

“The training on Tuesday was really light in nature,” the coach said. “We really didn’t get to assess him in a proper way and see his fitness levels. The next couple of days, we’ll be working with him to see exactly where he is and we’ll get a report when we get back.”

The 22-year-old attacker missed Chelsea’s 2-0 win at Arsenal on Aug. 22 and a 1-1 draw at Liverpool on Saturday. He resumed training with the U.S. on Monday.

Brenden Aaronson or Konrad de la Fuente are the most likely replacements for Pulisic in the U.S. starting lineup.

Steffen, 26, hasn’t played since City’s 1-0 loss to Leicester in the Community Shield on Aug. 7.

“He has dealt with something like this before last season, but it’s something that just crept up on him over the last couple of days,” Berhalter said. “He woke up today and his back was extremely tight and it was going to be really touch and go to see if he could play any part in the game. And we thought it was best to have him back and get rehab and try to make a run for Sunday, potentially.”

Steffen was Berhalter’s starter with the CONCACAF Nations League final four in June and left the final with a knee injury. Ethan Horvath replaced him as the U.S. beat Mexico on Pulisic’s goal in extra time. then stopped Andrés Guardado’s 124th-minute penalty kick.

In his first season with second-tier Nottingham Forest, the 26-year-old Horvath has played two matches, in the League Cup on Aug. 11 and 24.

“It was a difficult choice and it wasn’t easy for us,” Berhalter said. “Ethan performed really well in Nations League and the friendly game after that and in the game against Switzerland, so he’s had strong performances for us. And we just felt at this given moment, Matt is the goalie in better form, and we went with him.”

Turner was in a hallway outside the team’s meeting rooms at the Grand Hyatt Nashville on Wednesday morning when he came across Berhalter.

“Just happened to be passing by,” Turner said. “And he just he just told me right then and there. He didn’t beat around the bush or anything. He didn’t give me any special sort of words of encouragement. He just told me that I was going to be starting, and he told me that he knows I know what to do.”

Turner texted his father and his girlfriend with the news.

The start of World Cup qualifying was delayed for a year due to the coronavirus pandemic. Because of the delay, the U.S. is playing three qualifiers in a FIFA window designed for two.

After the Americans host Canada, they play at Honduras on Sept. 8.

Pulisic is the first American to play in and win a European Champions League final, helping Chelsea win the title last season.

Steffen is the backup to Ederson at Manchester City. 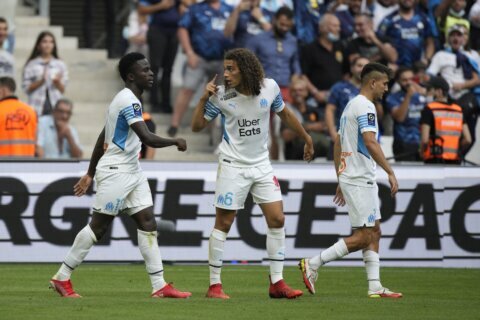 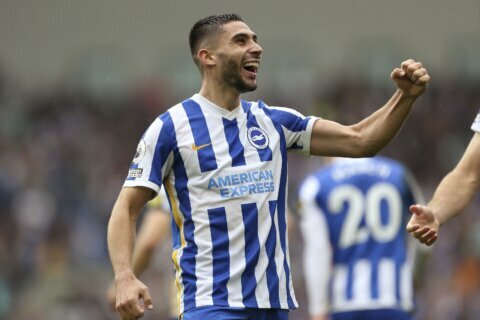