LAS VEGAS (AP) — Nick Diaz is a 38-year-old mixed martial artist who hasn’t competed in nearly seven years and hasn’t won a fight in a decade. He is also the biggest star on the card and the most compelling reason to watch UFC 266.

That’s not an indictment of Alexander Volkanovski or Valentina Shevchenko, the two accomplished champions making title defenses on the same show. It’s also not a critique of the star-deficient state of the UFC, which has crowned no champion lately with the transcendent appeal of retired Ronda Rousey or struggling Conor McGregor.

It’s just the reality of Diaz — the charismatic MMA icon who has decided to return to the cage for the first time since January 2015 even though he doesn’t want to fight anymore.

At least that’s what he claimed in a bizarre interview he gave to ESPN — the UFC’s broadcast partner — immediately upon arriving in Las Vegas this week to face Robbie Lawler.

A day later at the UFC 266 news conference, Diaz (26-9) clearly relished the adoring cheers he received from the fans in attendance, even greeting everybody with a rare smile.

The blatant contradictions and the aloof indifference to them are all part of the appeal of the famous Diaz brothers, who spend most of their lives teaching jiu-jitsu, competing in triathlons, eating a vegan diet and enthusiastically using marijuana in their native Stockton, California.

Nate Diaz, two years younger than Nick, has become a superstar in his own right during his big brother’s competitive hiatus, most notably by splitting two epic bouts with McGregor in 2016.

But Nick Diaz, the former Strikeforce welterweight champion and a veteran of several unforgettable fights during MMA’s competitive adolescence, looms even larger after his lengthy absence from the sport.

He became popular not just because of his irresistible fighting style, which included enthusiastic violence, tireless conditioning and a clever ground game.

To his fans, Diaz is an attitude personified: A glowering stare, a middle finger, a constant aggravation with all authority that plays superbly among fans of this highly individual, violent sport. Diaz’s refusal to fight over the past six years was frustrating to those who want to see him in action, but also perfectly in line with his antiauthoritarian persona.

Diaz hasn’t changed much, judging from his interview with ESPN. He said he never feels confident before his fights, and he always feels he’s about to get beaten up — but he’s doing it again anyway, for reasons he couldn’t articulate.

Diaz also said he should be fighting welterweight champion Kamaru Usman instead of taking a rematch with Lawler (28-15), even though Diaz has done nothing to earn a title shot in the normal manner. He regrets getting back into the game for this matchup, yet he can’t wait to get in the cage.

“I have a lot of resentment toward the sport for taking so much from me and not giving anything back,” Diaz told ESPN.

The Diaz persona got its first widespread attention in Nick Diaz’s first bout with Lawler back in 2004. The two young prospects stole the show at UFC 47, which was headlined by Chuck Liddell and Tito Ortiz.

The 20-year-old Diaz threw Lawler off his game in the opening minutes with an open-handed strike that came to be known as the Stockton Slap after Nate emulated it later. Nick Diaz eventually stopped Lawler with a beautiful right hook that sent Lawler face-first onto the canvas.

The UFC 266 rematch isn’t appealing strictly on competitive grounds: Diaz’s last win was over BJ Penn in October 2011, while the 39-year-old Lawler has lost four consecutive fights over the past four years.

But MMA fans are fascinated by the famous names that drew them into the young sport, and Diaz’s return is getting global attention.

On Wednesday, Diaz even persuaded Lawler and the UFC to stage the five-round fight — that’s two rounds longer than a normal non-title fight — at the 185-pound middleweight limit instead of the contracted 170-pound welterweight limit. Lawler stoically accepted Diaz’s desire not to cut weight, likely getting additional financial compensation in what might be the final big payday of his career.

And at the laudatory news conference Thursday, with the evidence of his popularity ringing in his ears, Diaz was enthused about his return to MMA. He even said he will “want to come back right away” for another fight if he loses to Lawler. 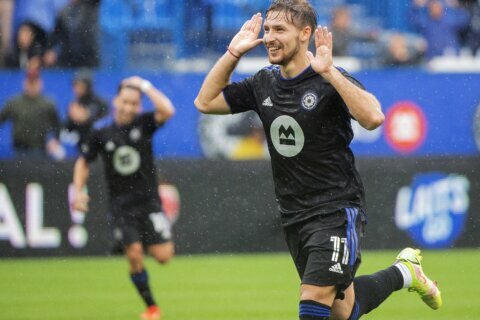 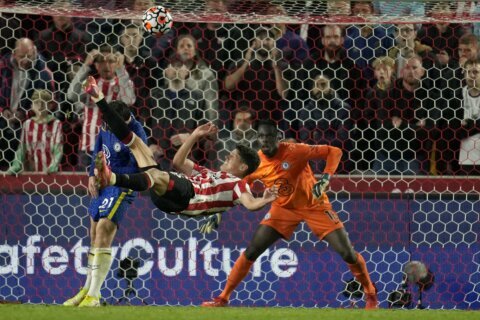