A tournament intended to unify a continent could underscore divisions and uncertainties gripping Europe.

The ambitious plan to spread European Championship games like never before has handed organizer UEFA even greater logistical challenges.

Coronavirus curbs remain in place across the 11 cities being used for the 51 games, restricting crowds and movements as European soccer stages the biggest sporting event since the pandemic began 15 months ago.

Not only will stadiums be far from full but the absence of visiting fans could diminish the atmosphere at a continent-wide event intended to celebrate six decades of the Euros and already delayed by a year.

And across the 24 squads, there’s much more than just winning games to worry about. Even making the field is the concern for players — highlighted by coronavirus infections in the Spain and Sweden squads.

The Spanish outbreak even led to a shadow squad being formed this week to potentially play if the original selections are forced out by positive tests or requirements to isolate.

“It’s an unpleasant situation for everyone,” said Spain defender Jordi Alba, who assumed the captaincy temporarily as Sergio Busquets quarantines. “We have been complying with all the protocols and we have to continue to adapt.”

With not all squads vaccinated, the need to protect bubbles around the teams is a priority, especially when they are having to fly across Europe — from Scotland in the west to Azerbaijan in the east; Russia in the north to Italy in the south.

While the opening game is in Rome between Italy and Turkey on Friday, the venue with the most games is Wembley. The north London stadium that is home to the England national team will stage the semifinals and final after five earlier games — starting on Sunday with England against Croatia.

It should be a moment of joy in England since Gareth Southgate’s team has a chance to lift the country’s first major trophy since the 1966 World Cup final was played in the old Wembley.

But anti-racism campaigning by the team has managed to fracture England’s fan base with some booing of players taking a knee since crowds were allowed back into games last month.

“It shows that if there’s still people booing because we’re standing together against racism that there is still a problem and we’re still going to fight it and we stand together on that,” England vice captain Jordan Henderson said. “That shows even more that we need to keep going and we need keep fighting it.”

It’s not just social causes dividing, as so often sport becomes a platform for the manifestation of diplomatic tensions.

Ukraine’s yellow-and-blue jerseys enraged Russia since it featured an outline of its territory showing the Crimea region which Russia annexed in 2014. The Donbass Arena used for Euro 2012 games was shelled two years later at the start of a conflict that persists between Ukrainian forces and Russia-backed separatists in eastern Ukraine.

UEFA has allowed the map to remain — since Russia’s annexation is viewed as illegal under international law — but the slogan “Glory to the heroes” has to be removed because it was determined to be “clearly political in nature, having historic and militaristic significance.”

The tournament, though, will close at Wembley with the band of the British Army’s Coldstream Guards performing — potentially in front of a capacity 90,000 crowd if England’s coronavirus regulations are eased as planned.

UEFA’s hope will be once the first ball is kicked on Friday the focus can be on more joyful moments like the tournament debuts of Finland and North Macedonia and live up to the name of the tournament song, “We Are the People.”

And will the person lifting the trophy again be Cristiano Ronaldo? Can he score the six goals required to claim the men’s international scoring record from Iran’s Ali Daei on 109?

Five years on from its surprise win in Paris over host France, Portugal looks a stronger proposition but first must find a way out of the most difficult group also featuring Germany, Hungary — and France. The 2018 World Cup winner boasts a formidable array of attacking options with Kylian Mbappe and Antoine Griezmann now joined by Karim Benzema returning to the France squad after an exile of almost six years.

The Group of Death — albeit with three teams potentially able to advance to the round of 16 — will also show us how far Germany has recovered from its humiliating group-stage exit as defending champions at the 2018 World Cup.

Whatever the ambitions of the players, the greatest barrier to overcome could be their own weary bodies after a pandemic-congested season that has a final month to run. 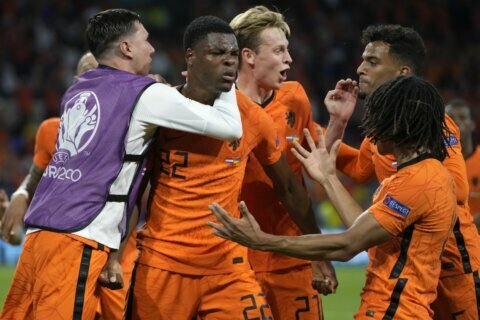 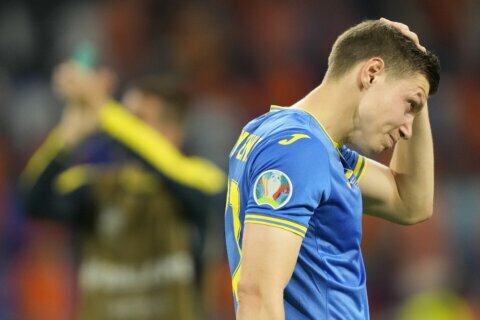 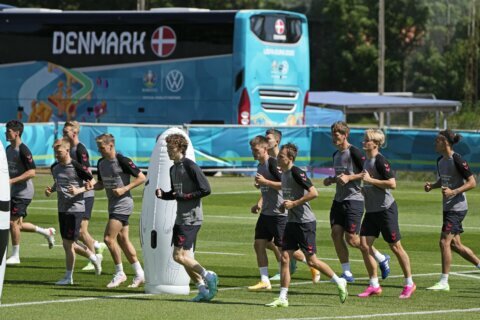