MANCHESTER, England (AP) — Kevin De Bruyne could be in line for a return to Manchester City’s team for the Premier League match at Everton on Wednesday after nearly a month out with a hamstring injury.

The Belgium midfielder has returned to full training and is feeling “much, much better,” City manager Pep Guardiola said Tuesday, adding that De Bruyne will be part of the squad making the short journey to Goodison Park.

De Bruyne, English soccer’s reigning player of the year, has missed seven matches in all competitions — five coming in the league — since hobbling off in the 2-0 win over Aston Villa on Jan. 20.

While one key midfielder might be back, another looks to be out after Guardiola said the match against Everton would come too soon for Ilkay Gundogan.

Gundogan, who is in the most prolific form of his career with 11 goals in his last 12 league games, hurt his right groin near the end of the 3-0 win over Tottenham on Saturday.

“We have many games ahead, that’s why it’s not a big issue but we have to be careful.”

City heads to Everton with a seven-point lead over second-place Manchester United and third-place Leicester after winning its last 11 games in the league. 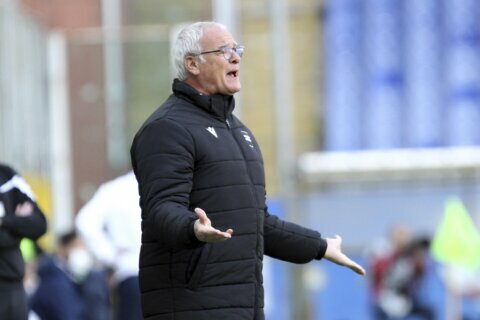 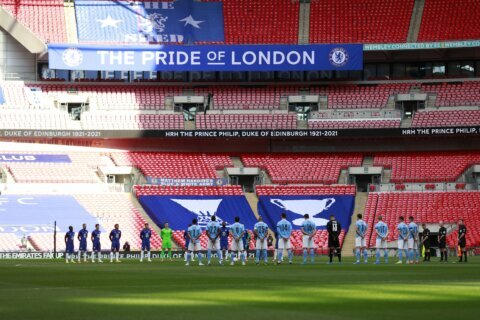