LONDON (AP) — Michail Antonio scored in his first English Premier League start for West Ham since November in a 1-0 win over Burnley on Saturday.

Antonio side-footed home from close range in the ninth minute after a left-wing cross from Pablo Fornals flicked off the top of Burnley defender Ben Mee’s head and into the path of the West Ham forward, who was free at the back post.

West Ham has missed the mobility and presence up front of Antonio, who was sidelined before Christmas with a hamstring injury and has been eased back into action by manager David Moyes given his importance to the team. He came on as a substitute against Southampton and Everton over the festive period, and played in the win over Rochdale in the FA Cup on Monday.

Moyes has few other alternatives for the striker role, especially with Sebastien Haller recently leaving to join Ajax in the Netherlands, so keeping Antonio fit is particularly important if West Ham is to finish in the top half of the standings.

Burnley thought it equalized before halftime when a cross by Chris Wood was turned into his own net by West Ham defender Aaron Cresswell, but the goal was disallowed because Wood was offside in the buildup.

While West Ham is unbeaten in its last four league games, keeping three straight clean sheets in the process, Burnley has lost three of its last four games and dropped to fourth-to-last place, one above the relegation zone.

Scoring is its biggest problem — Sean Dyche’s team has just nine goals in 17 games, tied for the fewest in the league with last-placed Sheffield United. Relegation is a distinct possibility for the northwest club, which became the latest league team to be owned by Americans when ALK Capital’s sports investment arm, Velocity Sports Partners, bought an 84% stake in December. 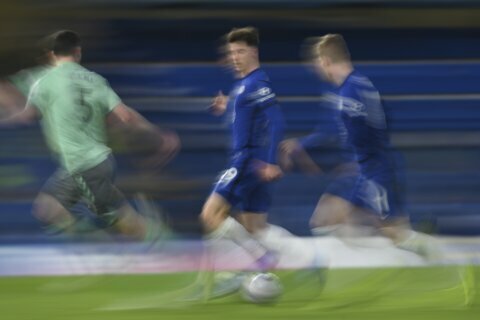