This year, there's no collegiate lacrosse Final Four, while the growth of lacrosse and the stability of college athletics in general is in limbo.
Listen now to WTOP News WTOP.com | Alexa | Google Home | WTOP App | 103.5 FM

Memorial Day weekend isn’t just when men and women have traditionally held their respective Final Fours; it’s a time when players, coaches and fans celebrate the growth of the game.

But this year, there’s no Final Four, and the growth of lacrosse and the stability of college athletics in general is in limbo.

Imagine the Maryland men’s and women’s programs as strong oak trees in a forest of saplings, attempting to gain root and thrive in a suddenly unfriendly forest.

“Obviously Maryland lacrosse is a program that’s around for a long time; it’s a very important sport in our state,” Terps men’s lacrosse head coach John Tillman said. “But we have newer programs, programs at smaller schools, we all want to see those programs succeed and endure. We want to make sure those young people have as many opportunities as possible.”

But this week there became one fewer Division I men’s program, with Furman University dropping the sport (the Paladins had been playing in D-I since 2014).

While each sport deserves its moment in the sun and every athlete merits attention, the primary revenue engines for college athletic departments are football and men’s basketball. The loss of this year’s NCAA Tournament cost schools roughly $375 million, and the potential loss of the 2020 college football season is estimated by ESPN as up to $4 billion.

“If we don’t have college football in the fall, and we’re going off not having the NCAA Tournament and all of these conference tournaments in basketball, [departments could take] more hits than we probably even realize nationwide,” Reese said.

The revenue drain and potential hit have already taken some toll, with several schools discontinuing programs, ranging from Cincinnati men’s soccer to Bowling Green baseball to both East Carolina men’s and women’s tennis and swimming teams.

“Then you realize that universities are going to have to make some hard decisions in so many ways,” Tillman said. “So we’re certainly hoping for some good things down the road realizing that there’s probably going to be some tough decisions for some colleges to make.”

Maryland currently fields 22 sports and has over 700 student athletes participating in those programs. The school is no stranger to tightening the belt, having dropped five teams in the department’s most recent reorganization.

And despite the current revenue stream (although it should be referred to as a river given the amount of dollars concerned) from the Big Ten Conference, it’s not out of the realm of possibility to think that the university might not be spared another reorganization.

“I think there will probably [be] a lot of discussion unfortunately,” Reese said. “But it’s something obviously no one wants to see. We’re hanging on to the hope that [we’re] going to figure this out and get through it. Push forward, it’ll definitely be different times.”

The NCAA Division I Council has voted to lift a moratorium on voluntary workouts by football and basketball players effective June 1. A decision on other sports has not been reached.

Meanwhile, a number of schools have announced plans to reopen their campuses for the fall semester. Ohio State University has even discussed opening its 100,000-plus seat stadium to 20,000 or so fans scattered about in compliance with social distancing guidelines.

“There’s schools talking about different versions of what the fall’s going to look like and if we’ll be back and if we are back how are we going to do this,” Reese said. “How’s fall sports going to translate? We’ve got to wait to see where it goes.”

Because even though both men’s and women’s lacrosse play their seasons in the spring semester, there is a fall practice program akin to spring football. So, while the coaches wonder what the fall semester may bring on campus, they also look at the state of the game.

“We’re hoping that the fallout isn’t bad and people can hang in there, but you are worried about that because we want our game to expand and not get smaller,” Tillman said.

And the longer the big revenue engines stay silent (or at least operating at under 100%), the longer athletic departments will likely tread lightly.

“That’s definitely a concern for most sports at this point,” Reese said. “There’s such big hits for these universities and more specifically athletic departments. A lot of our funding does rely heavily on sports like basketball and football, and now we don’t know what’s ahead for either.” 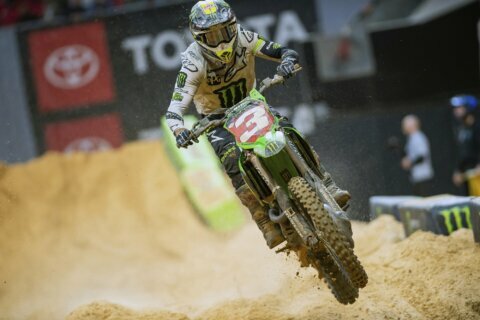 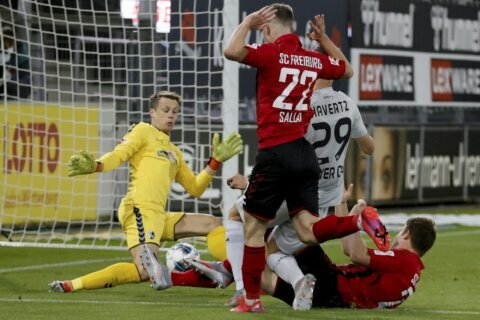