AbilityOne built the foundation for disability employment: Modernizing it can create the workforce of the future

In an ideal world, America’s workforce would be representative of its population – diverse in background, race, ethnicity, gender, disability, experience and perspective.

As a society and business community, it’s easy to say this is what we want and this is what we’re working toward – but in actuality, it requires leadership from the government, strong pipeline programs, and benchmarks, not to mention commitment and investment from employers.

Believe it or not, that’s an improved ratio from nearly a century ago – due in large part to the AbilityOne program, originally created in 1938 by President Franklin D. Roosevelt. In 1938, the Wagner-O’Day Act was enacted to encourage federal purchase of products from providers who employed people who were blind. In 1971, the Javits-Wagner-O’Day Act, or JWOD, expanded the program to include people with significant disabilities.

Today, AbilityOne is a federal procurement program designed to create job opportunities for people with disabilities who are otherwise not being employed, while providing critical products and services to the government through federal contracts through a network of 500+ nonprofits nationwide.

“In essence, AbilityOne is a program that enables federal government agencies to procure certain services or products from nonprofits like Melwood, who employ people with significant disabilities,” explained Larysa Kautz, president & CEO of Melwood.

Today, more than 40,000 people with disabilities have found employment through the AbilityOne program, providing essential services and achieving financial and economic independence that good-paying jobs provide.

Since its inception, AbilityOne has transformed countless lives and played an important role in fostering economic independence for people with disabilities.

In 2017, as part of the National Defense Authorization Act, Congress created a panel to examine and provide recommendations to modernize the program. That panel, known as the “898 Panel,” is expected to provide its final report to Congress in December 2021. Yet the panel is not the only voice calling for change. In October 2020, the National Council on Disability wrote a report recommending phasing out the AbilityOne program, citing that it is in “tension with current national disability policy.”

Proponents of the AbilityOne program acknowledge that, like many government programs, it has been slow to evolve. In fact, there have been no substantive legislative changes in 50 years. However, they also affirm its importance – no other program has managed to advance employment of people with disabilities on such a mass scale. To eliminate the program altogether would wipe out decades of progress, not to mention tens of thousands of jobs.

As advocates of dignified, meaningful employment of people with disabilities, organizations like Melwood are championing the call to modernize AbilityOne to align with contemporary disability research and policy.

Kautz said that JWOD was developed with a “very paternalistic approach.” In the early days of the program, nonprofit agencies were creating jobs in “sheltered workshops,” where people with disabilities were placed together to do busy work and paid on a piecemeal basis – jobs that were created exclusively for the employment of people with disabilities. This aligned with another policy passed at the time, allowing employers to pay people with disabilities below the minimum wage – sometimes as little as 10 cents on the dollar, Kautz said. In fact, the subminimum wage persists today, despite bipartisan efforts in Congress to phase it out nationwide.

“At the time, the perception was that you were always going to get lower productivity from someone with a disability,” Kautz said. “But that has changed – we know now that with the right support and accommodations, any person with a disability can be as productive as anybody without a disability, as long as you address those barriers.”

Because of advances in disability employment policy, including the Americans with Disabilities Act (ADA) that was passed after JWOD, many of the statutes that govern the AbilityOne Commission are no longer aligned and many definitions in the program are now outdated.

“There are things like the definition of disability, the criteria by which an employee is eligible … there’s even language within JWOD that says that your employees can’t be competitively employable. The approach we now have is that all employees with a disability should be in a competitive, integrated employment (CIE) environment. So there are a couple of critical changes that need to take place within the program,” said Jewelyn Cosgrove, vice president of Government and Public Relations at Melwood.

In fact, the AbilityOne program and many nonprofits within the network, including Melwood, are already making those changes. In October, the AbilityOne Commission published a proposed rule eliminating the use of the subminimum wage entirely for the program. Yet the transition has been underway for years within the program, with only a fraction of the network still retaining use of the policy, and leading the way for non-AbilityOne community rehabilitative service providers to make similar changes. Melwood proactively eliminated its use of the subminimum wage years ago, recognizing the importance of fair, equal pay in affirming the value and contributions of people with disabilities.

Melwood is not the only one calling for changes in the AbilityOne program. The Association of People Supporting Employment First, or APSE, also sees modernization as the path forward. APSE is an organization that promotes employment for people with disabilities, championing the Employment First movement – an initiative that promotes employment in the general workforce as the first and preferred option for people with disabilities.

“We do not support AbilityOne continuing the way it has been. We absolutely support reforming the program to meet competitive integrated employment (CIE),” Julie Christensen, APSE executive director, said. “We believe that can happen, especially because so many AbilityOne nonprofits have already taken these steps.”

Christensen said that there needs to be a step beyond eliminating the subminimum wage. “Simply ensuring that everybody makes $15 an hour when the market is $30 an hour to do a job could technically meet the definition of abolishing 14(c)” – the subminimum wage provision of the Fair Labor Standards Act. But that’s not the spirit of the conversation.

Kautz said another important consideration in modernizing AbilityOne is getting as many jobs as possible to be consistent with CIE and the Workforce Innovation and Opportunity Act (WIOA). WIOA helps job seekers, including those with significant barriers to employment, move into high-quality jobs and careers and helps employers hire and retain skilled workers.

“That means incentivizing things like promotions, paying prevailing wages, and getting people in a position where they can rise in their career instead of just getting a job,” Kautz said. It’s one of the biggest changes she would like to see in the statute.

Currently, one of the rules for a nonprofit agency to qualify for the program is that 75% of the direct labor provided to a third party must be done by someone with a significant disability, Kautz said. That 75% only looks at direct labor, the workers at the very front line providing the services. And when somebody gets promoted into a lead or management position, that person no longer counts as part of the ratio.

“Having a ratio minimizes and continues to perpetuate the myth that we have to go above and beyond to create space for people with disabilities,” Christensen said.

However, Christensen acknowledges that the ratio is necessary to change minds and hearts, and there were “tremendous intentions” in JWOD behind that 75%.

One of the solutions AbilityOne nonprofits have suggested is adapting the ratio to apply across the organization, instead of just direct labor, fueling the vision to see more people with disabilities in management and leadership roles.

Melwood and other nonprofit agencies have already demonstrated that they can be part of AbilityOne and offer CIE environments. Melwood’s nearly 1,000 workers with significant disabilities are placed in more than 60 federal sites across the D.C. area in settings that qualify as CIE, meaning that employees are paid commensurate wages, have access to competitive benefits and opportunities for advancement and promotion, and work alongside their peers who do not have disabilities.

Envisioning the workforce of the future

The AbilityOne Program was one of the very first efforts to challenge the notion that people with disabilities couldn’t be a part of the American workforce. Since its passage, disability advocates and employers have fought and pushed for changes that have led to where we are today. But it is clear there is more to be done.

There are 2.1 million civilian federal employees, according to the Office of Personnel Management. When adding federal contractors, the federal workforce comprises nearly 6% of the entire U.S. working population. Leveraging the power of direct hiring and federal contracting to improve employment opportunities for people with disabilities is paramount to providing the leadership – and the pipeline – for a more inclusive workforce for all.

There are quite a few federal initiatives to directly address hiring of people with disabilities. In addition to modernizing the AbilityOne program, Cosgrove would like to see Congress examine where other disability policies need to change, including in the Small Business Administration, the Rehabilitation Act and within the direct hiring policies of the federal government. The federal government has a 12% goal for direct hiring of people with disabilities, and federal contractors have a voluntary goal of 7%.

Cosgrove wants people to think big about where disability employment is, where it should be, and, practically speaking, how to get there. And that’s where Melwood has a unique voice — as an experienced advocate and employer of people with disabilities, that also works closely with private sector employers to include more people with disabilities in the workforce.

When former President George H.W. Bush signed the ADA in 1990 with Melwood representatives in attendance, he said, “Together, we must remove the physical barriers we have created and the social barriers that we have accepted. For ours will never be a truly prosperous nation until all within it prosper.”

“And that’s where I think AbilityOne has been successful because its mission from the start has been to find those opportunities, and to take a workforce that is so often discounted and so often untapped, and turn it and give them the opportunity for independence and purpose,” Cosgrove said. “But it’s important that the program be changed for the better and not fall into the wrong approach that could cost people with disabilities jobs.”

Not only should the AbilityOne program be preserved, but it could be the foundation of an inclusive federal workforce. The nonprofits that serve federal customers through the AbilityOne program have demonstrated leadership and expertise in what an inclusive workforce should look like. A modern AbilityOne, aligned and synchronized with other efforts to increase hiring of people with disabilities, could be precisely the model the country needs to close the unemployment rate gap between people with and without disabilities, improving lives and empowering people with disabilities into the careers of their choice. 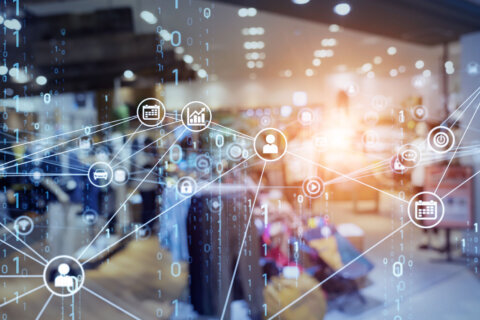 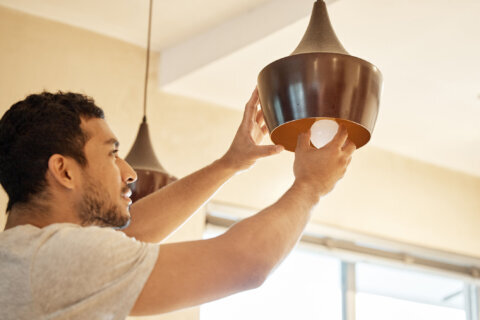 Assess your home’s energy use and increase savings 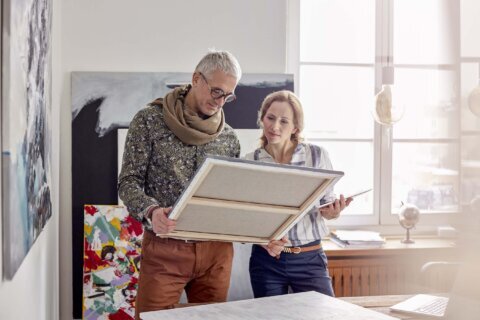