Jenn Takahashi, chronicling the best (and worst) of Nextdoor

For anyone looking for a taste of Nextdoor’s weirdest, silliest posts — from fireworks complaints to paranoid neighbors spying on each other — Jenn Takahashi’s @BestofNextdoor Twitter account has everything.

Takahashi, who lives in San Francisco and has a day job running her PR agency, talked to The Associated Press about why she started the account — which isn’t affiliated with the company — and what she’s found. The conversation has been edited for length and clarity.

Q: How did you get the idea for BestofNextdoor?

A: I first joined Nextdoor in 2013 or 2014 when I lived in Glen Park, a super quiet neighborhood that feels more like the suburbs than San Francisco. One day, I got a notification from my Nextdoor app and my whole life changed.

A neighbor had written an absolutely delicious post accusing us of rearranging her lawn gnomes at night and she was not happy about it. To top it off, the lengthy post was “signed” by every single member of the entire lawn gnome family (and there were quite a few members!).

This apparently didn’t deter the lawn gnome rearranger because she started posting about it daily. I was obsessed. This became part of the daily routine for both of us — she would post her accusation at the same time every day, and I would come home and read it every day. It became a reminder to me to not sweat the small stuff.

Eventually, I moved to another neighborhood, where I found that the Nextdoor drama was a little more “real” than lawn gnome rearrangement. Since I was craving the levity that my Nextdoor had once provided, my family and friends started sharing lighthearted posts from their own neighborhoods. I created the Twitter account @bestofnextdoor in late 2017, really as a way to keep all of my screenshots in one place. I never expected for it to take off!

Q: Do you have a favorite Nextdoor story?

A: Definitely Seahawks Cannon. I had only had the Twitter account for a couple months when I came across a tweet from someone saying that a Nextdoor post caused their whole neighborhood to get into a brawl at the library. It turns out someone in West Seattle had an actual cannon that they would fire whenever the Seahawks scored a touchdown. I don’t want to give anything away but trust me — do yourself a favor and go down that rabbit hole.

Q: How many submissions do you get?

A: Hundreds a month.

Q: What are some recurring themes?

A: Something that always surprises me is how often people try to use Nextdoor as a dating app. This happens so often that I actually have a recurring tweet series about it: “THIS IS NOT A DATING SITE.”

Another recurring theme is, for some reason, a lot of Nextdoor users struggle with the poll function. The poll won’t make any sense but people still love to vote on them. I post these under #polloftheday, first with the Nextdoor screenshot, then with an actual Twitter poll so the community can also vote on these polls that don’t make any sense. Example: Poll: What should cost less a gallon of gas or a gallon of milk? It’s actually my favorite thing about the account.

Q: Have you had interactions with Nextdoor, the company?

A: Yes, they are not amused.

Q: What do you think makes Nextdoor unique that this works, while a Best of Twitter or Best of Facebook would not?

A: These people actually live next to each other! It’s one thing to get in fights with anonymous randoms on Twitter but getting into explosive arguments with people you know, in front of your entire neighborhood, when you literally have to live next to these people every single day? That’s a whole new ballgame.

Q: Do you make money from it?

A: I’m extremely protective of this account and the community it fostered so I have been very selective about making money from it. In the five years I’ve had this account, I’ve only accepted one partnership deal — with Netflix to promote the film “The Woman in the Window.” It was the perfect partnership to me because it was literally about crazy neighbors and I felt like it was something that my audience could enjoy. Other than that, I’m happy losing money from this account because the community makes it so fun to run.

Q: There is some darker, racist stuff on Nextdoor that the company has said it is cracking down on. Do you still get these types of submissions?

A: Yes, unfortunately. This is something that I’ve struggled with in the past — I understand why people sometimes send these horrific posts to me but at the same time, I don’t want to amplify that negativity into the world. It’s important to me to stay true to why I started this account in the first place — Nextdoor used to bring levity to my day and I want Best of Nextdoor to bring levity to yours. 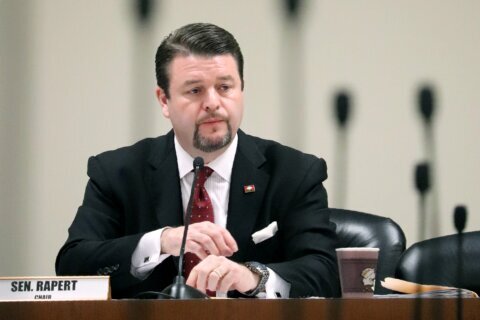