Jurors on Tuesday saw chilling social media posts by two people charged in a plot to kidnap Michigan’s governor, including references to hanging public officials and attacking authorities, even if it might end in death.

“The government has stolen enough from me,” Brandon Caserta said on Facebook in late March 2020, a few weeks after COVID-19 hit the state and around the same time that Gov. Gretchen Whitmer began a series of economic restrictions to fight the spread.

“They’ve claimed ownership over my body and my property,” he said. “Now they take away my place to live and source of income because of this?”

In the months that followed, Caserta and others trained to snatch Whitmer from her vacation home, according to evidence, before the FBI arrested the antigovernment extremists in October 2020.

Digital maps of the Elk Rapids area were saved on the phone of Adam Fox, 38, an alleged leader of the scheme, agent Chelsea Williams told jurors Tuesday.

Federal prosecutors are poised to finish their case Wednesday, which will be the 13th day of trial in Grand Rapids, Michigan. They’re trying to show in the final stretch that four men charged with conspiring to kidnap Whitmer were firmly committed to a plan without influence by informants or undercover FBI agents.

Barry Croft Jr., a 46-year-old trucker from Bear, Delaware, regularly vented on Facebook about government and public officials in 2020 when governors were issuing stay-home orders, requiring masks and making other rules during the early leg of the pandemic.

“Which governor is going to end up dragged off and hung for treason first?” Croft wrote on Memorial Day 2020. ”It’s really a spin-the-bottle match at this point and I’m sure a few mayors are in the running!!! God bless the constitutional republic!!!”

A few days later, Croft posted about seizing state Capitols and “putting these tyrants’ addresses out here for rioters.”

The FBI said that message was “liked” on Facebook by Fox. Daniel Harris, 24, and Caserta, 33, are also charged with kidnapping conspiracy.

Defense lawyers deny there was an actual plan to snatch Whitmer, claiming the men were induced by agents and informants and exchanged wild talk while smoking marijuana.

Facebook posts written by Caserta and entered into evidence were dark. He called the governor a “psychopath” and said the purpose of the Second Amendment is the “ability to kill agents of the government when they become tyrannical.”

“I may kill dozens of agents but eventually die in the process,” Caserta wrote separately in May 2020. “I will not be chipped and I will not be vaccinated even if that means losing everything I have.”

Three months later, Caserta said he would shoot “tyrants” after beating them with his hands and feet, letting them “beg til they couldn’t beg any more because their mouth is so full of blood.”

“There is no remorse for immoral cowards,” Caserta said. “Empathy is only reserved for the good.”

Defense attorney Michael Hills noted, however, that none of the messages referred to kidnapping Whitmer.

Attorney Joshua Blanchard has accused the FBI of targeting Croft because agents didn’t like his strident views. He referred to a meme posted by Croft of ammunition with the message, “Oh, look, 30 votes that count.”

“I didn’t laugh when I saw this meme,” the agent replied.

Whitmer, a Democrat, rarely talks publicly about the kidnapping plot, though she referred to “surprises” during her term that seem like “something out of fiction” when she filed for reelection on March 17.

She has blamed former President Donald Trump for fomenting anger over coronavirus restrictions and refusing to condemn right-wing extremists like those charged in the case. Whitmer has said Trump was complicit in the Jan. 6 Capitol riot. 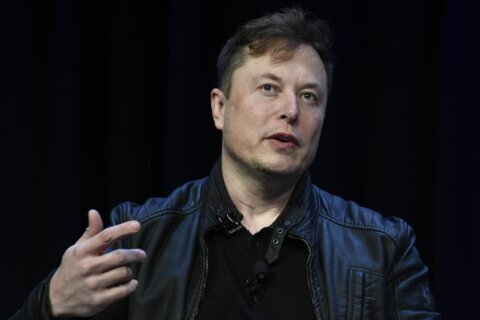