CLAIM: The Pfizer coronavirus vaccine is made up of 99.9% graphene oxide, a toxic compound.

THE FACTS: Graphene oxide is not among the ingredients found in Pfizer’s COVID-19 vaccine, despite alarmist claims to the contrary on social media. Videos spreading widely on Instagram and Twitter on Thursday touted a report from Spain that allegedly claimed to find graphene oxide — a material made by oxidizing graphite — in a vial of the Pfizer shot. “There’s no other reason for this to be in here except to murder people,” said a woman in one of the videos. The woman also baselessly claimed the compound would cause an inflammatory immune reaction called a cytokine storm in people who got the vaccine. In reality, there’s no graphene oxide in the Pfizer vaccine, according to the ingredient list and Kit Longley, senior manager of science media relations at Pfizer. There’s also no evidence to suggest the Pfizer vaccine would cause a cytokine storm, Longley said. The coronavirus itself, however, has caused this type of immune response in some patients. Chemical and medical experts who are not associated with Pfizer confirmed to The Associated Press that there is no way graphene oxide would be found in the vaccine. “It is not in the ingredient list and there is no way it could be present,” said Allen Myerson, a professor of chemical engineering at the Massachusetts Institute of Technology. “Utter nonsense,” said Dr. Paul Offit, a vaccine expert at the Children’s Hospital of Philadelphia. There has been research on potentially using graphene oxide in other vaccines, but the amounts would not be toxic to human cells, according to Johns Hopkins infectious disease specialist Dr. Amesh Adalja. The report cited in some of the viral posts lists Spain’s University of Almeria on its title page, and appears to be written by a professor at the university. The university has said it was not involved in research indicating the presence of graphene in the vaccine. The university added in a statement that it supports vaccines and disavows the conclusions of the professor’s unofficial report. The report has not been peer reviewed and is not published in a scientific journal. It includes a disclaimer that its findings do not represent any institutional position of the university.

Meme misleads about delta variant of the coronavirus

CLAIM: The delta variant of the coronavirus is fake.

THE FACTS: A widely circulating Facebook post denying the existence of the coronavirus delta variant ignores science and the reality that the highly contagious variant has spread rapidly across the globe. The post is a meme featuring former President Donald Trump holding up an executive order he signed in 2017. In place of the executive order text are the words, “The Delta Variant Is Fake News.” Commenters on the post accused Democrats of making up the delta variant to “keep the pot stirred up” and “keep everyone living in fear.” In fact, nonpartisan scientists and health officials worldwide have acknowledged the existence of the delta variant, a version of the virus that experts say spreads more easily than other variants because of mutations that make it better at latching onto cells in our bodies. The variant, which is named after the fourth letter in the Greek alphabet, has been identified in more than 90 countries since it was first detected in India. Studies have shown that full doses of the available vaccines protect against variants, including the delta variant. The delta variant poses the most danger in places where vaccinations are sparse. In Africa, for example, coronavirus cases are rising faster than ever before, partially driven by the mutation, according to the World Health Organization.

THE FACTS: Multiple media outlets wrote about the photo, which actually shows Biden kneeling before Rivka Ravitz, chief of staff for the Israeli president, after learning she had 12 children. The interaction happened at a June 28 meeting between Biden and Israeli President Reuven Rivlin at the White House. At the meeting, Biden assured Rivlin that he will not tolerate a nuclear Iran, The Associated Press reported. A photo of Biden kneeling during the meeting with Rivlin and Ravitz circulated on social media with a false caption. “Biden Kneels Before Israeli President; Pledges Unconditional Support to Israel,” states an Instagram post that misrepresented the photo. The false post also circulated on Facebook. Haim Zach, a press photographer for the Israeli government, took the photo. Zach told the AP in an email that Ravitz is an ultra-Orthodox Jew and when Biden reached out to shake her hand, Rivlin explained to Biden that she doesn’t shake hands with men, adding that she’s a mother of 12. Zach said Biden then knelt and told Ravitz that as a Catholic man he wanted to show his admiration to her as a mother of 12. During the meeting with Rivlin, Biden underscored his support to normalize relations between Israel and countries in the Arab and Muslim world. A White House briefing issued after the meeting reads: “President Biden conveyed his unwavering support for Israel’s security and his commitment to deepening the cooperation between the two countries across all fields.” The statement did not use the phrase “unconditional support.”

CLAIM: Players on the U.S. women’s national soccer team “turned their backs” on a World War II veteran playing the national anthem at a game Monday.

THE FACTS: Before the United States defeated Mexico on Monday during the women’s final match before the Olympics, the U.S. players turned to face an American flag located near the stadium’s scoreboard during the playing of “The Star-Spangled Banner.” Following the match, false posts circulated on social media claiming members of the team turned their backs on WWII veteran Pete DuPré as he played his rendition of the national anthem on a harmonica. Players on Mexico’s national team also turned to face their flag located near the scoreboard at the Pratt & Whitney Stadium at Rentschler Field in East Hartford, Connecticut, during the playing of their national anthem. “Several members of the U.S. womens national soccer team turned their backs on a 98 year old World War 2 veteran as he played the national anthem on his harmonica,” a Facebook user wrote, in a now-deleted post. The false claim also circulated widely on Twitter, Instagram and YouTube. Several media outlets also wrote about the false claim. “Not true. No one turned their back on WWII Veteran Pete DuPré during tonight’s anthem,” the U.S. soccer communications team tweeted on Monday night. “Some USWNT players were simply looking at the flag on a pole in one end of the stadium. The players all love Pete, thanked him individually after the game and signed a ball for him.” That evening, Carli Lloyd, a player for the U.S. team, tweeted, “We turned because we faced the flag.” Video also showed the soccer players greeting DuPré after the game and signing a soccer ball.

Photo being shared on WhatsApp does not show slain Haitian president

CLAIM: A photo of a man lying on the pavement in blue pants covered in blood shows Haitian President Jovenel Moïse after his assassination early Wednesday.

THE FACTS: The photo has been circulating online since August 2020 and shows a slain lawyer, not the assassinated president. As news broke of Moïse’s assassination, the Haitian diaspora began circulating the old photo on WhatsApp as proof of the 53-year-old president’s death. The photo is really from the August 29, 2020, killing of Monferrier Dorval, a prominent lawyer who was shot outside his home. Dorval was head of the bar association in the capital of Haiti. During a September 2020 protest demanding justice for Dorval, an AP photographer captured a protester reenacting the lawyer’s death. The protester placed graphic photos of Dorval dead on top of his body during the reenactment. The photo used by the protester matches the photo that circulated on social media falsely identified as showing the death of the Haitian president. The misrepresented photo was also shared in Spanish online. Moïse had denounced Dorval’s killing, calling it a “great loss for the country.” Moïse was killed and first lady Martine Moïse was seriously injured during the attack on their residence. The president had been ruling by decree for more than a year after the country failed to hold elections. In recent months, the opposition demanded he step down.

CLAIM: A tweet by Victory News Network shows that 4th place runner Rebecca Washington is set to replace Sha’Carri Richardson on the U.S. Olympic team. The Mormon athlete says she hopes to help inspire the nation’s children to say “no” to drugs.

THE FACTS: Victory News Network posts parody on social media. The 4th place runner in the Olympic trials for the 100-meter race is Jenna Prandini, and she will be Richardson’s replacement on the U.S. Olympic Track and Field team. On July 2, the U.S. Anti-Doping Agency announced Richardson had accepted a one-month suspension after testing positive for marijuana, The Associated Press reported. Her win in the Olympic trials for the 100-meter race was also disqualified, and her name was left off the Olympic roster released Tuesday by USA Track and Field. Following the news, a tweet from parody account Victory News Network showed split screen photos of Richardson and Prandini. “4th place runner Rebecca Washington is set to replace Sha’Carri Richardson on the U.S. Olympic team. The Mormon athlete says she hopes to help inspire the nation’s children to say “no” to drugs,” reads the tweet. The misleading post was picked up by social media users on Twitter, Facebook and Instagram, who framed it as presenting accurate information. After the tweet gained traction on social media, Victory News Network clarified that none of what it posts is real. “This is a parody account,” Victory News Network posted on Twitter on Monday. “We write funny fake news. If you see someone taking one of our made-up stories way too seriously, please let them know it’s a joke.” The post falsely claims a photo of Prandini shows “Rebecca Washington.” But no one named Rebecca Washington is listed on the USA Track and Field website as having qualified for the women’s 100. Prandini also denied making any statements regarding Richardson’s suspension. In a Twitter post, Prandini mentioned she was “saddened to have to address the hateful and fake articles now circulating.” The post continued: “Any article claiming I have made statements regarding the current situation are completely false.” 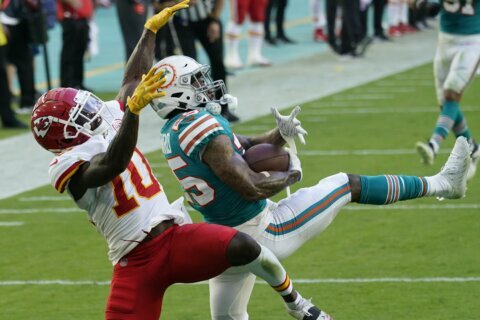 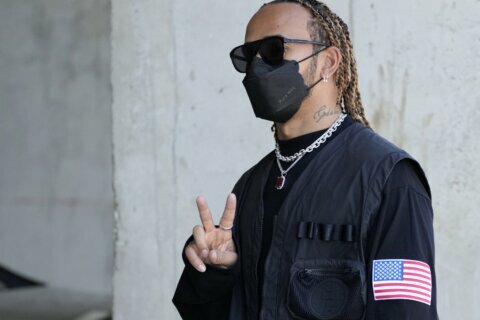