Is #SmearForSmear the next Ice Bucket Challenge?

WASHINGTON — A new campaign is calling women to take selfies for a good cause — and it’s the latest…
Listen now to WTOP News WTOP.com | Alexa | Google Home | WTOP App | 103.5 FM

WASHINGTON — A new campaign is calling women to take selfies for a good cause — and it’s the latest instance of a charity using Facebook and other social media platforms to spread its message.

The effort is similar to the ALS Ice Bucket Challenge, which deployed a viral social media crusade to up donations and awareness. Since July 2014, the ALS Association received $115 million in donations, its website says.

The smeared lipstick pictures serve as a reminder of the importance of pap smear tests — a cervical screening — that can help detect cervical cancer.

Reminding others to get tested can be particularly beneficial with cervical cancer because if found early, it is one of the most successfully treatable cancers, according to the American Cancer Society. Also, it is the most common cancer in women under the age of 35, according to Jo’s Cervical Cancer Trust.

The charity says only one in five women get an annual pap smear.

While the photos may not be the most glamorous, Jo’s Cervical Cancer Trust spokeswoman Maddy Durrant told PRWeek that the campaign is about educating and spreading the word about cervical cancer.

“It’s not a fundraising initiative, it’s an awareness initiative. Women are saying it’s reminding me to go for my smear test. That’s the key message for us,” Durrant said to PRWeek.

To post your own #SmearforSmear selfie, put on your lipstick, smear it, snap a photo and post it using #SmearForSmear. The charity encourages you to tag @JoTrust in the photo and nominate a friend to follow suit.

Check out some of the #SmearForSmear images on the Internet: 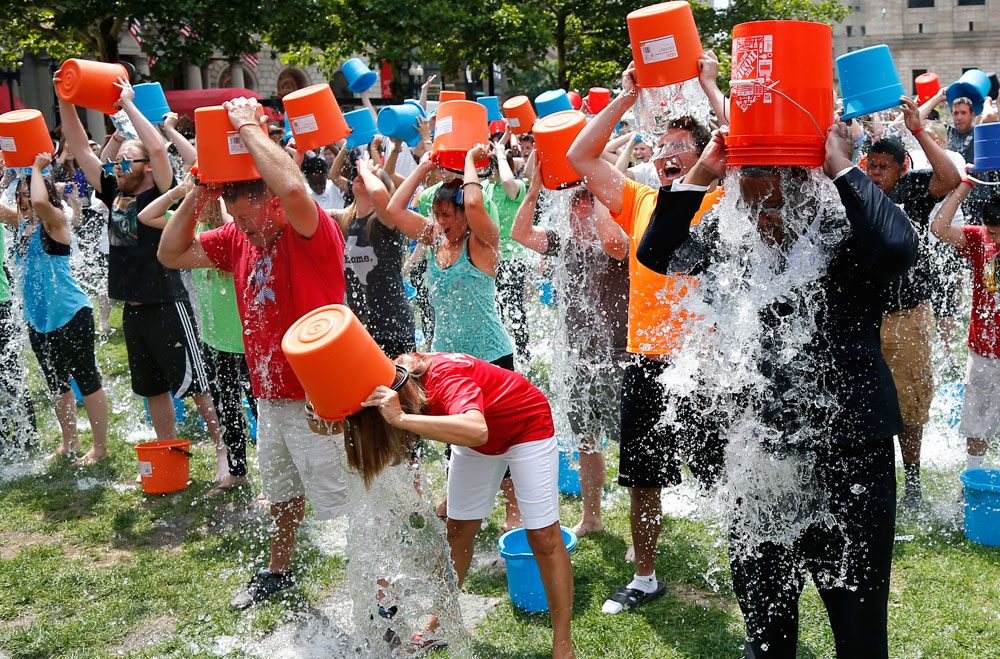 Column: Everyone stop doing the #IceBucketChallenge

Ice Bucket Challenge: Is it bogus or helping?