PORTO, Portugal (AP) — Looming over Liberdade Square, the giant European Cup replica that supporters of Chelsea and Manchester City crane their necks to photograph is a reminder of the prize being sought in Saturday’s Champions League final.

And the footballing heritage their clubs tried to wreck only a month ago.

The all-English final in Porto is a meeting of two of Europe’s richest teams at the end of a pandemic-compressed season that has stretched squads to the limit and benefited those with the deepest resources.

It’s another reminder of the advantages held by the elite who seem forever to be seeking great wealth and power, undercutting any broadening of the profile of would-be finalists.

But for all the rancor and recriminations in the fallout from the collapse of the Super League breakaway, the 66th final of UEFA’s elite competition does provide glimmers of optimism and hope in challenging times — both within the sport and beyond.

Apart from one game at Stamford Bridge when 2,000 fans were allowed in December, most City or Chelsea fans have not been able to witness the journey to the final in the flesh in stadiums. They even missed the chance to protest in stadiums against the bid by their own clubs to launch the largely closed replacement for the Champions League that collapsed within 48 hours.

Finally, in their 13th game of the competition, fans will be allowed into the Estádio do Dragão. The roar and energy of the crowd, so missing throughout the pandemic, will be back for the UEFA showpiece after last season’s final was played in an empty Lisbon stadium.

The Champions League final returns to Portugal more out of necessity after Istanbul was abandoned due to Turkey’s rise in coronavirus infections.

Hopes of an easier journey for the fans — playing the final on home soil at Wembley — were thwarted by coronavirus controls preventing unrestricted access for the UEFA delegations. That led to Portugal opening its borders to more than 10,000 visiting fans.

It’s the type of mass movement of football supporters across Europe not seen in the Champions League since the start of the pandemic last March.

There are often pitfalls to groups of English fans traveling. There was a brief flare-up of unrest on the streets of Porto on Thursday night as all restaurants and bars were closed by 10:30 p.m. due to the pandemic curfew.

Getting to Portugal and into the stadium required multiple coronavirus tests, costing hundreds of dollars.

But that’s been the least complicated aspect of Manchester City making it to the European Cup final for the first time in its 141-year history, thanks to the club being elevated to join Europe’s elite following its Abu Dhabi takeover 13 years ago. The influx of cash from Sheikh Mansour — a member of Abu Dhabi’s ruling family — delivered unprecedented success for a team that long lived in the shadow of three-time European champion Manchester United.

But the lavish assembling of the team also attracted investigations for breaching Financial Fair Play rules and punishments for obstructing the investigators. Those FFP rules are being overhauled to allow the type of heavier spending on players impeded by the current regulations. A year ago Pep Guardiola’s side faced being excluded from the Champions League until the club’s squad of lawyers helped to secure a decisive victory to overturn the UEFA ban at the Court of Arbitration for Sport.

Guardiola is in his first Champions League final since winning for a second time as Barcelona coach in 2011, reaching this stage with City at his fifth attempt.

It’s more familiar territory for Thomas Tuchel, a losing finalist last season when Paris Saint-Germain fell to Bayern Munich. The German will be leading out Chelsea in Porto only 123 days after being hired by Chelsea to save a season faltering under Frank Lampard. A top-four place in the Premier League was recovered to qualify for the Champions League without even having to win the final.

It is reminiscent of 2012 when another midseason appointee — Roberto Di Matteo — took Chelsea to its first Champions League final and beat Bayern Munich on its own turf. It was no underdog success, instead the fulfilment of Russian billionaire Roman Abramovich’s target after buying the club in 2003.

Chelsea has beaten City twice in this season’s three encounters, including in the FA Cup semifinals but Tuchel’s side went on to lose to Leicester. City, though, already has two trophies after winning the League Cup for a fourth consecutive season and the Premier League for the fifth time in 10 seasons.

“It’s always so, so tough to play against his teams,” Tuchel said of Guardiola. “I watched his Barcelona team to learn from him and his team about football; how you can defend, how you can attack.”

The admiration is mutual.

“I learn a lot from Thomas,” Guardiola said. “I learned a lot watching his teams, with our conversations. It doesn’t matter if he has a lot of info about us or about me because, in the end, luckily for world football, he cannot play, I cannot play. So, in the end, the guys who are going to decide the final will be the players.” 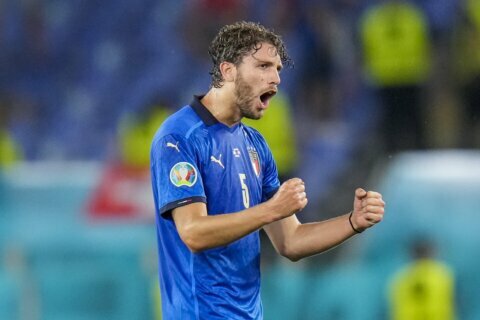 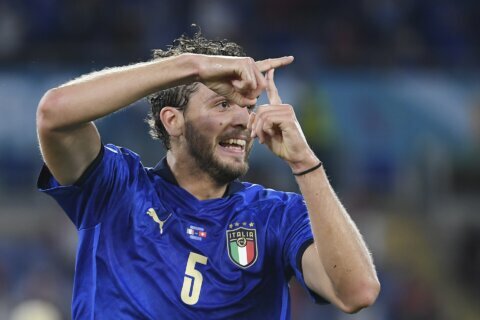