Another ignited Liverpool’s push for the Champions League qualification positions.

A day of dramatic finishes in England’s top flight began with City losing 2-1 to 10-man Leeds, whose winning goal — scored by Stuart Dallas for his second of the match — came from a breakaway in the first minute of added-on time at Etihad Stadium.

City’s fourth league defeat of the season should only delay the inevitable as it closes in on regaining the title. Pep Guardiola’s team leads by 14 points with six matches remaining, though second-place Manchester United has two games in hand.

At Anfield, Liverpool was heading for another disappointing result at home when right back Trent Alexander-Arnold curled a stunning effort into the corner also in the first minute of stoppage time to secure a 2-1 win against Aston Villa.

Liverpool, which had lost its last six league games at Anfield, moved into fifth place and stayed two points behind Chelsea, which jumped to fourth after a 4-1 win at Crystal Palace in Saturday’s other game. American international Christian Pulisic scored twice for Chelsea at Selhurst Park.

West Ham started the day in fourth place but dropped to sixth ahead of its match against third-place Leicester on Sunday.

There was a two-minute silence before all of the games to honor Prince Philip, the husband of Queen Elizabeth II, who died on Friday at the age of 99.

Leeds played the entire second half against City with 10 men after the sending-off of center back Liam Cooper for a tackle on Gabriel Jesus that saw him get the ball but follow through, with his studs showing, into the striker’s leg.

The red card turned what had been an end-to-end game into one resembling a training-ground exercise of attack vs. defense, with Leeds bidding to protect a 42nd-minute lead earned by Dallas after a mistake by Joao Cancelo.

Leeds, one of the Premier League’s flair teams, demonstrated unlikely resilience to hold off City until Ferran Torres’ goal in the 76th but Dallas had the final say. He ran onto a pass from Ezgjan Alioski, pierced the center of City’s defense, and slid a low shot past Ederson.

City’s dominance showed in the stats — Pep Guardiola’s team had 29 shots compared to Leeds’ two — but that didn’t translate into one of the four wins needed to regain the league trophy.

Alexander-Arnold is playing with a point to prove after his recent axing by England.

A week after his brilliant cross set up Liverpool’s opening goal in a win at Arsenal, the right back scored a crucial goal for the Reds — in front of England coach Gareth Southgate, who was at Anfield to watch the game.

“To be in the squad of England you have to play outstandingly good football. Trent did this very often from a very young age.”

Liverpool rallied from conceding the opening goal in the 43rd to Ollie Watkins, who scored a hat trick in Villa’s 7-2 win over Klopp’s team in October.

Mohamed Salah equalized in the 57th with his 19th goal of the league campaign, putting him tied in first place with Harry Kane.

With Pulisic also scoring in Chelsea’s surprising 5-2 loss to West Bromwich Albion last weekend, he now has three goals in two league games and 13 goals overall in the English top flight. That leaves him tied with Roy Wegerle for third among American players.

Kai Havertz and Kurt Zouma were the other scorers for Chelsea, which is two points behind Leicester and two ahead of Liverpool and West Ham. Leicester visits West Ham on Sunday. 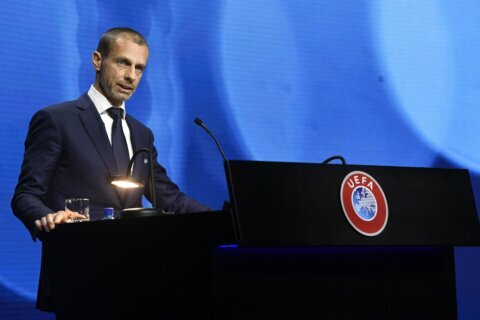 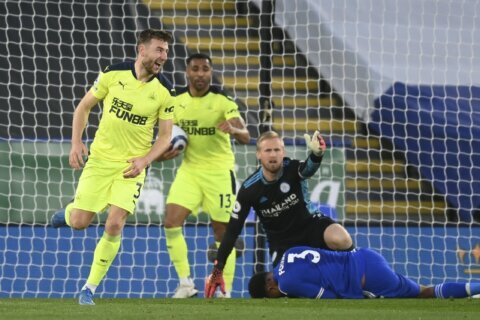 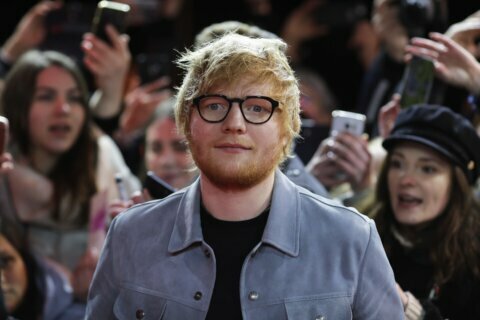