NASA is launching the Perseverance rover to Mars in late July, and this rover will carry a tribute to health care workers from around the world who are battling the coronavirus pandemic.
Listen now to WTOP News WTOP.com | Alexa | Google Home | WTOP App | 103.5 FM

A mission 10 years in the making, NASA is one month out from launching the Perseverance rover to Mars. This rover, launching during a pandemic, will carry a tribute to health care workers around the world.

The 3-by-5-inch aluminum plate, installed on the left side of the rover chassis, shows Earth supported by the ancient symbol of the serpent entwined around a rod to represent the global medical community. A line represents the rover’s trajectory from Central Florida to Mars, according to NASA.

“We wanted to demonstrate our appreciation for those who have put their personal well-being on the line for the good of others,” said Matt Wallace, Perseverance deputy project manager at NASA’s Jet Propulsion Laboratory in Pasadena, California, in a statement.

“It is our hope that when future generations travel to Mars and happen upon our rover, they will be reminded that back on Earth in the year 2020 there were such people.”

When Alexander Mather, a seventh grade student in Virginia, entered his submission in a nationwide contest last year to name the rover, a pandemic wasn’t on the horizon. But his winning entry for Perseverance has proven to be the perfect name for a rover launching during unprecedented times.

These last few months of preparing the rover for launch have happened during the constraints of safe operation during a pandemic. But the teams rose to the challenge, and the launch remains on schedule.

“The team never wavered in its pursuit of the launch pad,” said Michael Watkins, director of NASA’s Jet Propulsion Laboratory, in a statement. “It was through their dedication and the help of other NASA facilities that we have made it this far.”

The launch window opens on July 20 and extends until August 11, in case bad weather or other issues prevent the 9:15 a.m. ET launch on July 20. That date has been projected since the rover was announced in December 2012.

But launching during this window is critical during a time when Mars and Earth are on the same side of the sun, otherwise the spacecraft could be delayed from launching for two years until September 22.

The delay would cost the agency $500 million and impact the long-term goals of NASA’s Mars Exploration Program, according to NASA Administrator Jim Bridenstine.

“I hope people watch this mission and that they’re inspired that we can strive and achieve even in the midst of challenging times,” he said during a NASA press conference on Wednesday.

The July 20 date has other significance; it’s when NASA astronauts Neil Armstrong and Buzz Aldrin became the first humans to walk on the moon.

“Fifty-one years ago today, NASA was deep into final preparations for the first Moon landing,” Bridenstine said. “Today we stand at the threshold of another monumental moment in exploration: sample collection at Mars.

“As we celebrate the heroes of Apollo 11 today, future generations may well recognize the women and men of Perseverance — not only for what they will achieve 100 million miles from home, but for what they were able to accomplish on this world on the road to launch.”

Perseverance is targeted to land in Mars’ Jezero Crater on February 18, 2021. The crater is 28 miles wide and the site of a lake that existed 3.5 billion years ago. Traces of a river delta can be seen in images captured by the Mars Reconnaissance Orbiter. And the rover may be able to find signs of ancient life in this intriguing location on Mars.

“The mission has one launch, 314 million miles of interplanetary space and seven minutes of terror to get safely onto the surface of Mars,” said Lori Glaze, director of NASA’s planetary science division, in a statement. “When we see the landscape at Jezero Crater for the first time and we truly begin to realize the scientific bounty before us, the fun really begins.”

Perseverance is the heaviest payload NASA will have ever landed on Mars, if all goes as planned, and its parachute system has gone through rigorous testing to ensure it can land the rover, which weighs 1 metric ton.

This will be NASA’s ninth spacecraft to visit the Martian surface, but it’s the first that will collect samples to be returned to Earth by future missions.

Perseverance will take core samples of rock and regolith, or broken rocks and dust, using its Sample Caching System, “the most complex and cleanest mechanism ever sent into space,” according to NASA. It was imperative that the system be clean so there’s no confusion over any potential biosignatures Perseverance may find and collect.

The system will stow samples in metal tubes dropped at collection sites across the crater. Later missions will retrieve these and return them to Earth in about 10 years from now, a complex endeavor that will be the result of NASA partnering with the European Space Agency.

Using its suite of scientific instruments, Perseverance will also study and characterize Mars’ climate and geology. Experiments on the rover will also help with preparation to eventually land humans on Mars.

Perseverance is also armed with 23 cameras, most of which will be able to capture color images and even high-definition video. The cameras will be active during the rover’s entry, descent and landing.

“We’ll be able to watch that big parachute inflate and watch the rover deploy and touch down,” Wallace said. “It’s the first time we have ever been able to see a spacecraft land on another planet.”

The video won’t be available in real time for people tuning in as NASA monitors the rover’s data during entry, descent and landing. But it will be shared in the weeks after landing.

“The first priority will be data on how the rover is doing after landing, but we hope to have video back in the weeks after touchdown,” said Andrew Good, JPL media relations specialist. “Data will be coming back in pieces from multiple orbiters, which of course are shared by our other missions on the ground, Curiosity and InSight.”

The rover is also carrying a couple of microphones, which will also be active during entry, descent and landing. The rover teams look forward to hearing the sounds of the rover’s wheels on the Martian surface and the sound of wind on Mars.

“I’m excited to hear the sounds of Mars and the sounds of the rover interact with its environment,” said Katie Stack Morgan, Perseverance deputy project scientist at JPL. She also suggested that interesting science could stem from the sounds they’ll be able to hear as the rover’s laser is aimed at rocks.

And stowed beneath the rover during its journey to Mars is Ingenuity, which will be the first helicopter to fly on Mars or any planet in our solar system outside of Earth. The helicopter is scheduled to have three test flights during its time on Mars.

It’s considered a demonstration payload, meaning that NASA can learn a lot from this experience and apply that to future missions. And Perseverance will be able to image Ingenuity as it flies over Mars, capturing the historic flight on another planet. 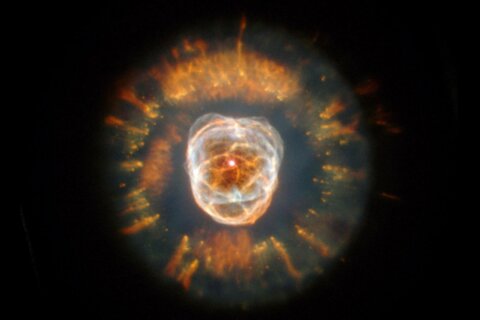 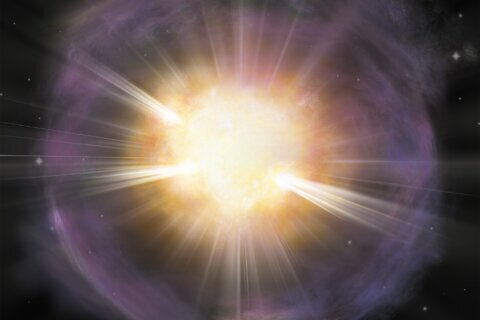 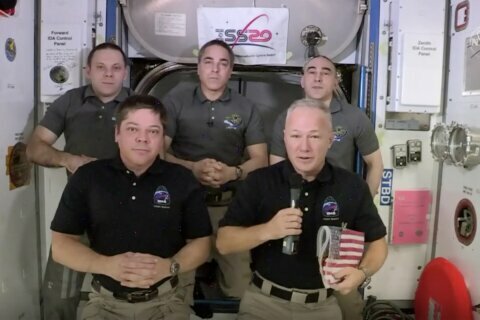