UN steps up satellite tracking of damage to Ukraine culture

The United Nations' cultural and satellite agencies have joined forces to more systematically track the impact of Russia’s invasion on Ukraine’s architecture, art, historic buildings and other cultural heritage, and have compiled an initial list of more than 200 sites that have been damaged or destroyed.
Listen now to WTOP News WTOP.com | Alexa | Google Home | WTOP App | 103.5 FM

GENEVA (AP) — The United Nations’ cultural and satellite agencies have joined forces to more systematically track the impact of Russia’s invasion on Ukraine’s architecture, art, historic buildings and other cultural heritage, and have compiled an initial list of more than 200 sites that have been damaged or destroyed.

Geneva-based UNOSAT and UNESCO, the Paris-based educational, scientific and cultural agency, announced Wednesday that they are finalizing a database of cultural sites that compares “before and after” images bought from private-sector satellite companies. These will be used to inform experts in a first phase and eventually the wider public about the devastation wreaked on Ukraine’s patrimony.

“It’s important for us to document the damage, but also to make sure we have the information available before the recovery,” said Krista Pikkat, who heads the culture and emergencies department at UNESCO.

She said early work began months ago. “We actually realized that, this wealth of information, we needed to put it on a platform for our experts so that we can monitor the situation.”

While, as of Wednesday, some 205 sites were listed, none of Ukraine’s seven UNESCO “World Heritage Sites” — a listing of some of the world’s greatest cultural artifacts and heritage — had been affected.

Building on systems already used in places like Syria, whose war ravaged historic sites, monuments and artifacts, UNESCO said it first tracks Ukrainian culture ministry alerts about damage to cultural sites. Then, it cross-checks those findings with social media and other sources, and then — if warranted — calls on UNOSAT to try to get relevant satellite pictures.

The sites with verified damage are plotted on a digital map — with virtual red pins to mark the impact spots — and included in a searchable database to help experts trace the devastation. Ultimately, cultural experts from UNESCO and their associates strive to visit the sites to get a first-hand look — often a tough if not impossible task in a war zone.

Areas like Mariupol in the south, the region around the capital Kyiv, and the eastern Donetsk region were littered with red dots in a demonstration of the database on Wednesday.

UNESCO experts have had no access to areas held by Russian forces or Russian-backed separatists, such as in Mariupol — whose battered remains fell into Russian control after a desperate holdout by Ukrainian forces earlier this year.

The joint effort amounts to the latest step in the painstaking process by many U.N. and other national and international organizations to keep tabs on the fallout since President Vladimir Putin ordered Russian forces to invade on Feb. 24.

The hunt for the impact on culture adds to efforts by prosecutors, human rights experts, refugee agencies and others to document the devastation from the conflict on lives and livelihoods. 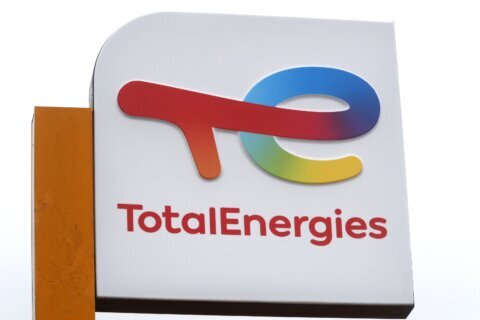