‘The money is gone’: Evacuated Ukrainians forced to return

Tens of thousands of people in Ukraine have returned to rural or industrial communities close to the region's front line at considerable risk because they can’t afford to live in safer places.
Listen now to WTOP News WTOP.com | Alexa | Google Home | WTOP App | 103.5 FM
(1/12) 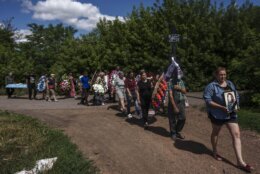 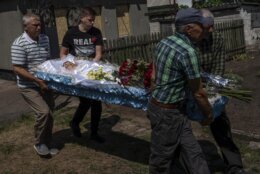 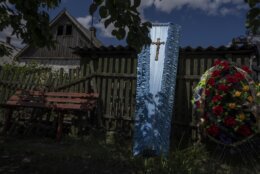 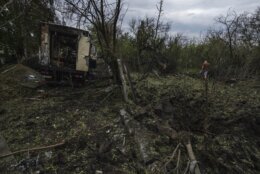 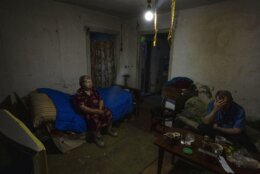 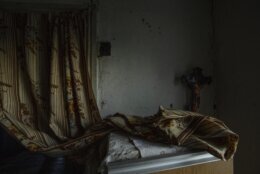 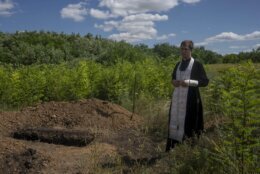 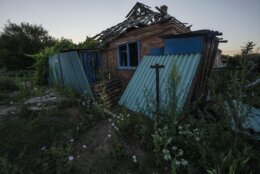 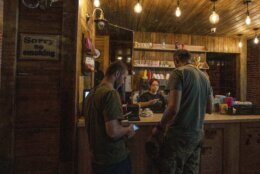 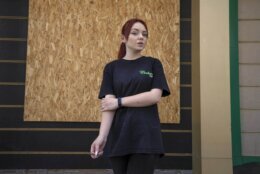 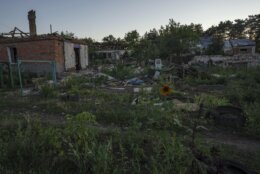 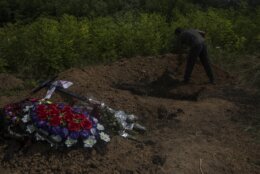 POKROVSK, Ukraine (AP) — The missile’s impact flung the young woman against the fence so hard it splintered. Her mother found her dying on the bench beneath the pear tree where she’d enjoyed the afternoon. By the time her father arrived, she was gone.

Anna Protsenko was killed two days after returning home. The 35-year-old had done what authorities wanted: She evacuated eastern Ukraine’s Donetsk region as Russian forces move closer. But starting a new life elsewhere had been uncomfortable and expensive.

Like Protsenko, tens of thousands of people have returned to rural or industrial communities close to the region’s front line at considerable risk because they can’t afford to live in safer places.

Protsenko had tried it for two months, then came home to take a job in the small city of Pokrovsk. On Monday, friends and family caressed her face and wept before her casket was hammered shut beside her grave.

“We cannot win. They don’t hire us elsewhere and you still have to pay rent,” said a friend and neighbor, Anastasia Rusanova. There’s nowhere to go, she said, but here in the Donetsk region, “everything is ours.”

The Pokrovsk mayor’s office estimated that 70% of those who evacuated have come home. In the larger city of Kramatorsk, an hour’s drive closer to the front line, officials said the population had dropped to about 50,000 from the normal 220,000 in the weeks following Russia’s invasion but has since risen to 68,000.

It’s frustrating for Ukrainian authorities as some civilians remain in the path of war, but residents of the Donetsk region are frustrated, too. Some described feeling unwelcome as Russian speakers among Ukrainian speakers in some parts of the country.

But more often, lack of money was the problem. In Kramatorsk, some people in line waiting for boxes of humanitarian aid said they were too poor to evacuate at all. The Donetsk region and its economy have been dragged down by conflict since 2014, when Russian-backed separatists began fighting Ukraine’s government.

“Who will take care of us?” asked Karina Smulska, who returned to Pokrovsk a month after evacuating. Now, at age 18, she is her family’s main money-earner as a waitress.

Volunteers have been driving around the Donetsk region for months since Russia’s invasion helping vulnerable people evacuate, but such efforts can end quietly in failure.

In a dank home in the village of Malotaranivka on the outskirts of Kramatorsk, speckled twists of flypaper hung from the living room ceiling. Pieces of cloth were stuffed into window cracks to keep out the draft.

Tamara Markova, 82, and her son Mykola Riaskov said they spent only five days as evacuees in the central city of Dnipro this month before deciding to take their chances back home.

“We would have been separated,” Markova said.

The temporary shelter where they stayed said she would be moved to a nursing home and her son, his left side immobilized after a stroke, would go to a home for the disabled. They found that unacceptable. In their hurry to leave, they left his wheelchair behind. It was too big to take on the bus.

Now they make do. If the air raid siren sounds, Markova goes to shelter with neighbors “until the bombing stops.” Humanitarian aid is delivered once a month. Markova calls it good enough. When winter comes, the neighbors will cover their windows with plastic film for basic insulation and clean the fireplace of soot. Maybe they’ll have gas for heat, maybe not.

“It was much easier under the Soviet Union,” she said of their lack of support from the state, but she was even unhappier with Russian President Vladimir Putin and what his soldiers are doing to the communities around her.

Homesickness and uncertainty also drive returns. A daily evacuation train leaves Pokrovsk for relatively safer western Ukraine, but another train also arrives daily with people who have decided to come home. While the evacuation train is free, the return one is not.

Oksana Tserkovnyi took the train home with her 10-year-old daughter two days after the deadly attack on July 15 in Dnipro, where they had stayed for more than two months. While the attack was the spark to return, Tserkovnyi had found it difficult to find work. Now she plans to return to her previous job in a coal mine.

Costs in Dnipro, already full of evacuees, were another concern. “We stayed with relatives, but if we needed to rent it would have been a lot more,” Tserkovnyi said. “It starts at 6,000 hryvnia ($200) a month for a studio, and you won’t be able to find it.”

Taxi drivers who wait in Pokrovsk for the arriving train said many people give up on trying to resettle elsewhere.

“Half my work for sure is taking these people,” said one driver, Vitalii Anikieiev. “Because the money is gone.”

In mid-July, he said, he picked up a woman who was coming home from Poland after feeling out of place there. When they reached her village near the front line, there was a crater where her house had been.

“She cried,” Anikieiev said. “But she decided to stay.”

Follow AP’s coverage of fighting in Ukraine at https://apnews.com/hub/russia-ukraine 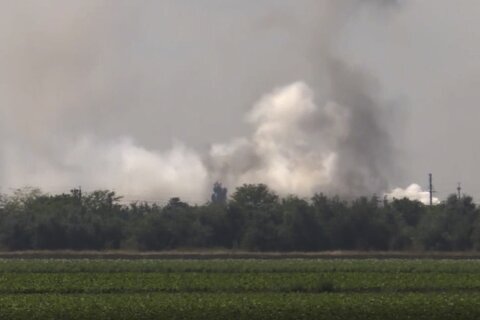 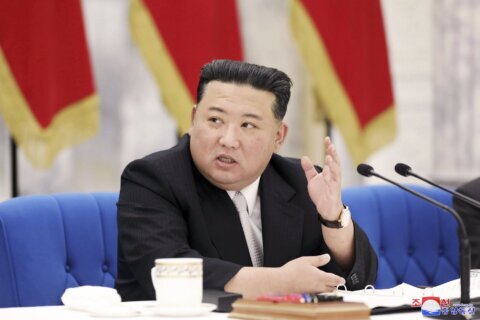