A man is now in jail after police say he shot and killed his co-worker in Forestville, Maryland, last week.

Aaren Butler, 29, of District Heights now faces first and second-degree murder charges along with a list of weapons charges.

At around 5:45 p.m. on Thursday, Prince George’s County Police responded to a shooting outside of a restaurant on Donnell Drive near Pennsylvania Avenue.

Fred Graham, 43, of Greenbelt was shot and wounded. He died a short time later at the hospital.

After investigating, police said Butler and Graham worked together at the restaurant and got into a fight. Butler then shot the victim and ran away.

Butler was arrested by Prince Georges County Police in Temple Hills on Friday.

His first court appearance is scheduled for Aug. 16.

Police are asking anyone with relevant information to call detectives at 301-516-2512. 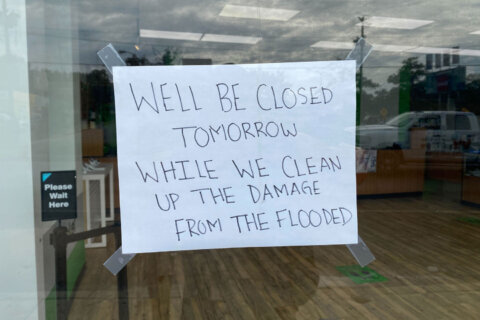