Prince George's County is taking the opioid industry to court for its role in causing addiction amid the opioid crisis that is gripping the area.
Listen now to WTOP News WTOP.com | Alexa | Google Home | WTOP App | 103.5 FM

WASHINGTON — Prince George’s County is taking the opioid industry to court for its role in causing addiction amid the opioid crisis that is gripping the area. 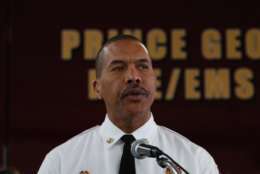 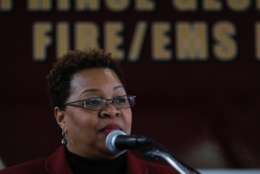 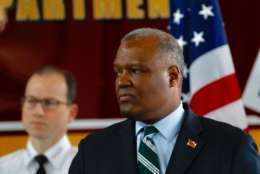 On Wednesday, Prince George’s County Executive Rushern Baker announced the lawsuit against opioid manufacturers and distributors. The suit will be led by New York-based law firm Napoli Shkolnik, and it will include “all facets of the opioid business” that are causing addiction and increased use of county resources to fight the problem, a Prince George’s County news release said.

Tobacco litigation is one of the models of the lawsuit, Paul Napoli said. One of the aspects the lawyers will examine is whether the companies named in the suit violated the Controlled Substance Act.

Baker said that pharmaceutical companies misled people about the addictive nature of opioids, and the suit seeks justice for the residents of the county and the state. The suit hopes to get monetary damages that will provide help to residents affected by addiction, Baker said.

Baker said that the real impact of the crisis is at the local level. He said the county is bearing the actual cost of dollars and lives. “It’s the EMS from Prince George’s County that responds. It’s the corrections that are in the front lines,” he said.

Prince George’s County health officer Pamela Creekmur said the health department has had to ask for millions to continue treatment of people addicted to opioids. “Without additional money, we’d have to shut down.”

Creekmur said that opioid addiction is “wreaking havoc in families and lives,” and that she has seen a steady increase in deaths related to opioids. She said that even if people survive an overdose, “Multiple near misses create trauma.”

Fire chief Benjamin Barksdale said that the fire department has experienced a 260 percent increase in Narcan administration since 2014. He said that the Prince George’s County Fire and EMS used to administer less than one dose of the overdose-reversal drug a day, but it now averages 2.67 a day. In addition, the cost of Narcan has undergone a 50 percent increase, he said.

The opioid crisis claimed more than 1,000 lives in Maryland in a six-month period last year between January and June. For comparison, the number of opioid-related deaths in the first half of 2010 was 244.

The spike in the number is attributed to fentanyl, carfentanil and a combination of cocaine with opioids, the Maryland Department of Health said in a news release. 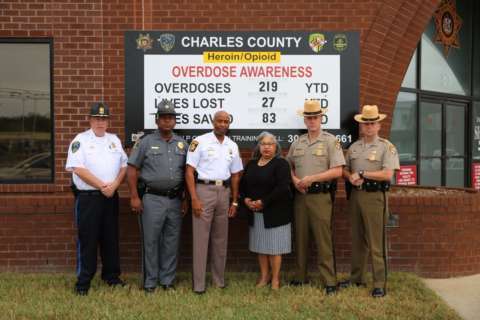