Basketball out, football in at the newly renovated University of Maryland Cole Field House (Photos)

The University of Maryland's $40 million project is a "transformation of Cole Field House for the 21st century," according to university President Wallace Loh. Check out the changes and what Cole Field House used to look like through the years.
Listen now to WTOP News WTOP.com | Alexa | Google Home | WTOP App | 103.5 FM
(1/9) 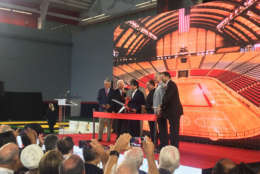 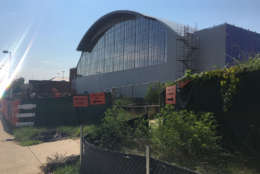 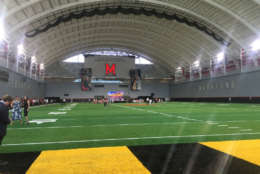 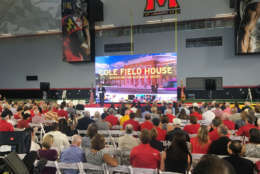 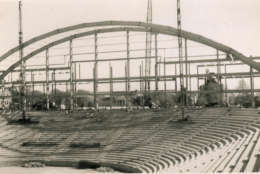 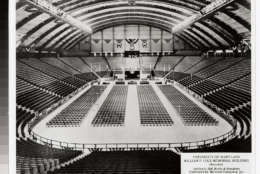 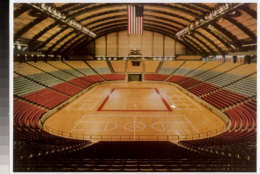 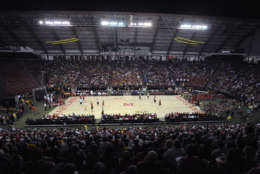 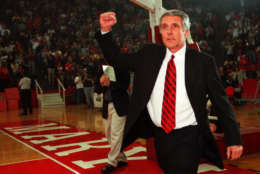 COLLEGE PARK, Md. — The storied Cole Field House at the University of Maryland has been completely transformed from an iconic basketball arena into a cavernous new football practice facility.

University and state leaders celebrated the opening of the full-sized turf football field Wednesday as work begins on other pieces of the project, such as the football team’s new locker room and new medical research and athletic treatment facilities that are set to include a significant focus on concussions and other brain injuries often associated with football.

“More people have emotional attachment to Cole Field House than to any other facility on this campus,” said University of Maryland College Park President Wallace Loh.

From the 2002 men’s basketball team that won the NCAA National Championship in the Field House’s final season to historic moments such as the 1966 Texas Western team that started an all-black lineup and beat an all-white Kentucky team in the Final Four, the field house hosted moments stuck in millions of people’s memories.

Beyond basketball, the field house hosted boxing and even a crucial 1971 Ping-Pong game that helped break down diplomatic barriers with China.

Loh called the new changes a “transformation of Cole Field House for the 21st century.”

While the football practice field is the first major piece to be completed, over the next two years more outdoor practice facilities including a massive weight room along with the medical training and research facilities are due to open.

“It is a game changer for us with our team, with the development, with what we’ll be able to do on a day-to-day basis in here, in recruiting, in all of those things, you really can’t measure it,” said Terrapins Football Coach DJ Durkin.

The locker room will be just below the indoor turf field, with a short underground connection to the team’s stadium just across a narrow street.

“It’s a showstopper when you see it,” Durkin said. “The dig is starting on that here in the next couple of days and it’s not like anywhere else.”

“Eventually this is going to be our home for everything, so it’ll be locker room, weight room, training room, all of our meeting rooms, dining hall, I mean from A to Z, top to bottom it’s all going to be here,” he added.

The university is paying for the project with $40 million in state funding plus millions in private donations.