Vigil held for slain teacher and her young daughter

Candles were lit and tears were shed during a candlelight vigil for NeShante Davis, 26, and her 2-year-old daughter Chloe Davis Green on Friday night.
(1/4) 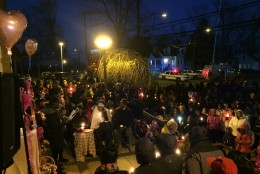 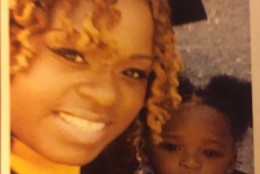 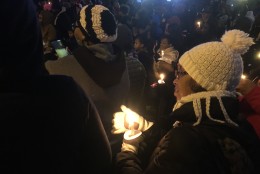 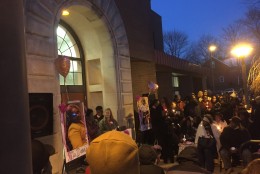 CAPITOL HEIGHTS, Md.– On a cold night, outside a Prince George’s County elementary school, candles were lit and tears were shed for a second grade teacher and her young daughter.

Davis was a second grade teacher at Bradbury Heights Elementary School in Capitol Heights, Md., and students and staff are still in shock after the tragedy.  Dozens gathered to celebrate the lives of mother and daughter, including students from Davis’s class. Her students recited a poem honoring their late teacher and led the crowd in singing “Lean On Me,” by Bill Withers.

“We are indeed mourning the loss of a bright and excited first year teacher at our school and her beautiful baby girl,” said Dr. Lynnette Walker, the school’s principal.

25-year-old Daron Maurice Boswell-Johnson is charged with first and second degree murder after admitting to police that he killed the two after a dispute over child support.

Deona Strong’s daughter was in Davis’s class and she said she and Davis had formed a close friendship this year.

“Ms. Davis will truly be missed, not only as an educator but to me and my family personally as a friend,” Strong said.

With tears in her eyes, second grade teacher Hannah Green said she will miss seeing Davis in the halls at the school.

“The second grade will never forget you and we will never be the same without you,” said Green.

According to court records, Boswell-Johnson was upset about a recent court order requiring him to pay $600 in child support to Davis. He told investigators that he parked down the road from the condominium where the two lived and waited for them to leave.

When Davis and her daughter walked out, Boswell-Johnson said he approached Davis and demanded at gunpoint that she drop a court case seeking child support. Moments later he admits to shooting the two and fleeing the scene.

Witness statements and surveillance video backed up Boswell-Johnson’s story and he was arrested.

Davis’ sister Georgia Fraser thanked the crowd for their support and prayers during this difficult time for the family. She urged the crowd to raise awareness about domestic abuse, so tragedies like this can be prevented in the future.

“Domestic violence and abuse can happen to anyone, yet the problem is often overlooked, excused or denied,” said Fraser.