Key members of the House committee probing the January 6, 2021, insurrection are dialing up pressure on former Vice President Mike Pence — whom pro-Donald Trump rioters demanded be hanged on that dark day — to testify to their committee.

Pence would instantly become the investigation’s most high-profile witness and could further expose the ex-President’s scheme to steal the 2020 election and his negligence in failing to halt the mob once it had smashed its way into the US Capitol.

The possibility of his testimony came into focus last week when he appeared to leave the door open to appearing. The former vice president also, however, staked out caveats involving executive privilege and the separation of powers that could form a rationale for him declining to show up. A source with knowledge of Pence’s thinking told CNN last week that for those reasons it would be wrong to over-interpret the prospects of him testifying, adding that the former vice president also believes much of the information related to his experience that day has already been provided to the committee by two of his former top aides.

Pence has been hailed as a hero by some committee witnesses for refusing to play into the ex-President’s demands to block the certification of President Joe Biden’s victory. But his increasingly obvious 2024 presidential hopes suggest that an appearance before the committee in person or on video may represent too great a political risk.

After all, the great lesson of this year’s midterm election primary season is that candidates who challenge Trump over his post-election mayhem in 2020 usually lose, although one prominent exception has been in Georgia, where Gov. Brian Kemp, who had Pence’s support, prevailed in his primary over a Trump-backed challenger.

Still, committee member Adam Schiff, a California Democrat, seized on the first portion of Pence’s comments on testifying to put the onus back on the former vice president.

“I was encouraged to hear it. And I hope it meant what it sounded like it meant,” Schiff told CNN’s Jake Tapper on “State of the Union” on Sunday. “We have been in discussion with the vice president’s counsel for some time.”

Schiff added: “I am confident that, if he is truly willing, that there is a way to work out any executive privilege or separation of powers issues.”

The committee’s Republican vice chair, Wyoming Rep. Liz Cheney, fresh from her loss to a Trump-backed primary challenger last week, also talked up the possibility of Pence potentially appearing before the panel.

“When the country has been through something as grave as this was, everyone who has information has an obligation to step forward. So I would hope that he will do that,” Cheney told ABC News’ “This Week” on Sunday. “I would hope that he will understand how important it is for the American people to know every aspect of the truth about what happened that day.”

There is no public indication that a formal invitation has been sent to Pence. But like Schiff, Cheney mentioned that the committee had been in contact with his attorneys. The Wyoming Republican appears to have had some success in pressuring an important witness to testify. She called publicly on former White House counsel Pat Cipollone to show up, and unlike some other senior Trump aides, he did not refuse a subpoena, eventually testifying behind closed doors.

But Cipollone’s future appears to lie in the law and not politics. Pence, by contrast, is in an increasingly dicey political spot — and there is no sign that he is willing to follow Cheney in risking his immediate political prospects to provide a full accounting of the Capitol insurrection.

Pence is dancing on a political pin-head

Pence spent the last few days in early-voting states New Hampshire and Iowa, seeking to open a lane for 2024 that might narrow considerably were he to repudiate Trump in televised testimony to the committee just as the former President’s dominance over his party seems to be hardening.

Throughout almost all of Trump’s presidency, Pence was a loyal, admiring partner no matter what constitutional norm or behavioral barrier his boss shattered. But his political travel in recent days underscored his balancing act as he strives to save his political future. The former vice president has tried to claim credit for what conservatives see as the achievements of what he calls the Trump/Pence presidency, while distancing himself from the failed autocratic power grab with which it ended.

He has separated himself from Trump by saying the party needs to look forwards and not backwards — a swipe at the ex-President’s obsession with the 2020 election. And in recent days, Pence’s delicate political positioning has led him to raise concern over the unprecedented search and removal of classified documents from the ex-President’s home at Mar-a-Lago, but also to criticize subsequent GOP threats against the FBI.

The House select committee is showing every sign it’s having a busy August as it prepares to resume hearings in September to deepen its damning picture of Trump’s conduct.

With its recent moves, the committee appears to have been focusing on any discussions of whether Trump’s Cabinet discussed invoking the 25th Amendment to remove then then-President — a step Pence ruled out. The committee also looks keen to flesh out second-hand witness accounts of Trump’s behavior inside a presidential SUV after he supposedly demanded to be taken to the Capitol as his supporters marched on the citadel of US democracy on January 6, 2021.

But securing Pence’s testimony would arguably be the most significant victory for the committee so far, given his knowledge of inside efforts by Trump and those around him to sign onto an unconstitutional plan to keep Biden from power.

Several of Pence’s closest aides have provided testimony on video to the January 6 committee and two of them — his former chief of staff Marc Short and his ex-counsel Greg Jacob — have also appeared before a grand jury in connection with the Justice Department’s separate investigation focusing on the insurrection.

Pence was asked about his willingness to appear before the House committee in some form during a “Politics & Eggs” breakfast last week in New Hampshire, a fabled stop on the campaign trail for potential presidential candidates in the first-in-the-nation primary state.

“If there was an invitation to participate, I would consider it,” Pence said in a remark that grabbed most of the attention. But he went on to sketch a possible way out for himself should he wish to avoid the politically perilous step of testifying to the committee about Trump’s transgressions after the 2020 election.

“Under the Constitution, we have three co-equal branches of government, and any invitation to be directed to me, I would have to reflect on the unique role I was serving in as vice president. It would be unprecedented in history for a vice president to be summoned to testify on Capitol Hill.”

It wouldn’t actually be unprecedented for a vice president to testify to Congress. But Pence could try to argue to the committee that by making his former aides available he has ensured that his perspective, experiences and duty to history have been fulfilled without an in-person appearance.

How Pence could help the probe

Schiff told CNN’s Tapper that the former vice president could provide unique perspective on the events of one of the most violent days in modern American history.

“He could plainly share a lot of very first-hand information about what it was like to be the subject of those efforts to get him to violate his constitutional duty and arrogate to himself the power to decide who won or who lost an American presidential election,” the California Democrat said.

Pence’s testimony would help the committee go deeper into the nuts and bolts of the pressure from Trump and conservative lawyers for him to block certification of the election. The ex-President’s own legal team and Pence concluded he had no power to do so. Short has already testified that the vice president repeatedly told Trump this was the case, bolstering one of the committee’s core arguments — that Trump knew what he was asking Pence to do was illegal but pressed ahead with it anyway.

“Mike Pence didn’t have the courage to do what should have been done to protect our Country and our Constitution,” Trump tweeted as rioters breached the Capitol.

There would be nothing as politically or legally explosive as hearing Pence’s side of the story from his own lips, but that’s one reason why it seems unlikely to happen. 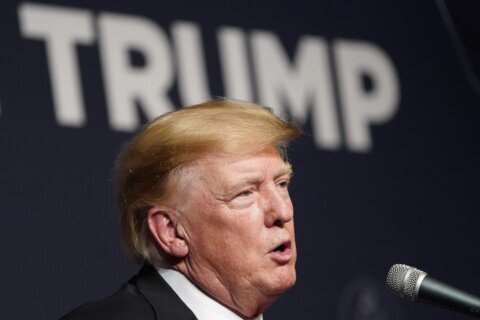 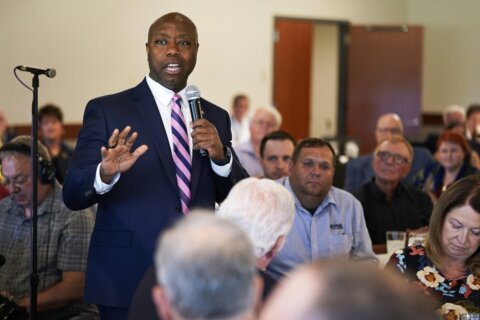