Pete Buttigieg, the little-known Indiana mayor who has risen to prominence in the early stages of the 2020 Democratic presidential race, made his official campaign entrance Sunday by claiming the mantle of a youthful generation ready to reshape the country.
Listen now to WTOP News WTOP.com | Alexa | Google Home | WTOP App | 103.5 FM

SOUTH BEND, Ind. (AP) — Pete Buttigieg, the little-known Indiana mayor who has risen to prominence in the early stages of the 2020 Democratic presidential race, made his official campaign entrance Sunday by claiming the mantle of a youthful generation ready to reshape the country.

“I recognize the audacity of doing this as a Midwestern millennial mayor,” he said to cheers of “Pete, Pete, Pete” from an audience assembled in a former Studebaker auto plant. “More than a little bold, at age 37, to seek the highest office in the land.” In the hours after his announcement, more than $1 million in donations poured in, said Lis Smith, speaking for the campaign.

The South Bend mayor, a Rhodes scholar and Afghanistan War veteran who has been essentially campaigning since January, has joined a dozen-plus rivals vying to take on President Donald Trump.

“The forces of change in our country today are tectonic,” he said. “Forces that help to explain what made this current presidency even possible. That’s why, this time, it’s not just about winning an election — it’s about winning an era.”

Buttigieg will return this week to Iowa and New Hampshire, which hold the nation’s first nominating contests, to campaign as a full-fledged candidate now being taken more seriously.

Over the past few months, Buttigieg has appeared frequently on national TV news and talk shows and developed a strong social media following with his message that the country needs “a new generation of leadership.”

Buttigieg’s poll numbers have climbed. Some polls put him behind only Vermont Sen. Bernie Sanders, who sought the party’s nomination in 2016, and former Vice President Joe Biden, who has not yet said he’s running. Buttigieg’s campaign has raised more than $7 million in the first three months of this year, a total eclipsed by Sanders’ leading $18 million but more than Sens. Elizabeth Warren of Massachusetts, Amy Klobuchar of Minnesota and Cory Booker of New Jersey.

His challenge is finding a way to sustain the momentum over the long term and avoiding becoming a “flavor-of-the-month” candidate. Scrutiny of his leadership in South Bend has increased, as has his criticism of Vice President Mike Pence , who was Indiana’s governor when Buttigieg was in his first term as mayor.

Buttigieg would be the first openly gay nominee of a major presidential party; he married his husband, Chasten, last year. He would be the first mayor to go directly to the White House. And he would be the youngest person to become president, turning 39 the day before the next inauguration, on Jan. 20, 2021. Theodore Roosevelt was 42 when he took office, while John F. Kennedy was 43 and Bill Clinton 46.

The campaign kickoff speech echoed themes that have resonated with voters during Buttigieg’s exploratory phase.

He talks often about how political decisions shape people’s lives, including his own — from serving as a lieutenant in the Navy Reserve in 2014, to being able to marry his husband and to not having to worry about how to pay for his father’s hospital bills after his father’s death this year.

Buttigieg also says the best way for Democrats to defeat Trump may be to nominate a mayor experienced in helping to revive a Midwestern city once described as “dying,” rather than a politician who has spent years “marinating” in Washington.

He has criticized Trump’s campaign slogan, “Make America Great Again,” saying the way to move the country forward is not to look backward or cling to an old way of life.

“There’s a myth being sold to industrial and rural communities: the myth that we can stop the clock and turn it back,” he said. “It comes from people who think the only way to reach communities like ours is through resentment and nostalgia, selling an impossible promise of returning to a bygone era that was never as great as advertised to begin with.”

South Bend, which neighbors the University of Notre Dame, was hit hard by the decline of manufacturing, dating to the 1963 closing of the Studebaker auto plant that costs thousands of residents their jobs.

The hulking, dilapidated factory loomed over the city for much of the past 60 years as what Buttigieg called a daily reminder of South Bend’s city’s past. Partially remodeled, it’s now a mixed-use technology center outside downtown — and the setting for Bettigieg’s announcement.

The South Bend fire marshal’s office said the rally drew over 4,500 inside and 1,500 outside. A steady stream of raindrops fell on speakers on the stage through the leaky roof.

“I like that he’s young,” said Tom Lacy, a 62-year-old retiree who came from Peoria, Illinois, for the event with his wife, Candy, on their 35th wedding anniversary. “He’s so relatable. He doesn’t seem like a politician to me.” Lacy said: “The contrast between him and our current president is unbelievable.”

Sial, who came to the U.S. from Pakistan 35 years ago, said he has worked with Buttigieg on development projects in the city and described the mayor as a “very honest, very fair guy.”

This story has been corrected to reflect that Tom Lacy is 62, not 52. 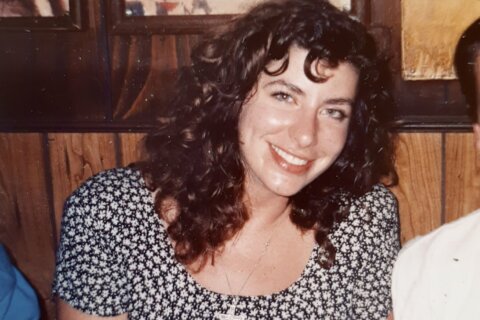 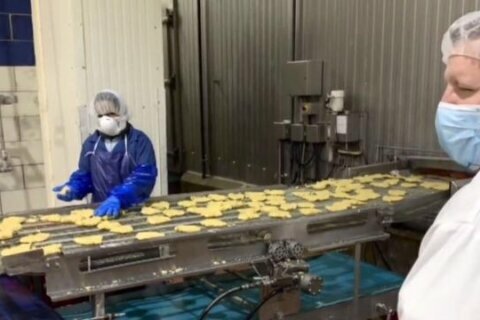 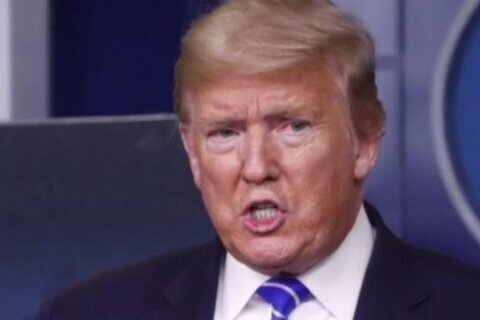