Allyson Felix has ‘no regrets’ after placing 7th in Rome

ROME (AP) — Allyson Felix had “no regrets” after a seventh-place finish in the 200 meters of what was likely her final Diamond League meet Thursday.

It made no difference to Felix — the most decorated female track athlete in Olympic history who plans to retire later this season — that she wasn’t really competitive amid an elite field at the Golden Gala Pietro Mennea.

Shericka Jackson led a Jamaican 1-2 ahead of teammate and two-time reigning Olympic champion Elaine Thompson-Herah in a meet-record 21.91 seconds.

Felix finished more than a full second behind Jackson.

“I’m glad that I came here, glad that I got to see everybody and I’m looking forward to the next chapter,” the 36-year-old Felix said. “It’s definitely emotional, mixed feelings. But no regrets. I’m really grateful for all the years I had.”

Jackson pulled away in the final 30 meters and finished a full stride ahead of Thompson-Herah, who clocked 22.25 to narrowly edge world champion Dina Asher-Smith (22.27).

Jackson failed to advance out of the heats at the Tokyo Olympics when she slowed down too much before the finish in a miscalculation.

American sprinter Fred Kerley was the only man to break the 10-second barrier in the 100, posting a season-best 9.92 with a big enough margin to start celebrating before he crossed the finish line.

The 100 was missing Marcell Jacobs, the Italian who won gold ahead of Kerley in Tokyo and then helped Italy to another unexpected victory in the 4×100 relay.

Jacobs, who is recovering from a muscular injury, was in attendance at the Stadio Olimpico to salute the crowd, though, as the meet celebrated the seven Italians who won Olympic gold in athletics last year.

Lorenzo Patta, Eseosa Desalu and Filippo Tortu — the other members of Italy’s 4×100 team in Tokyo — competed in a 200 that was won by Olympic silver medalist Kenny Bednarek in 20.01.

Gianmarco Tamberi, the Tokyo high jump winner, settled for third in his home stadium as JuVaughn Harrison cleared 2.27 for the win.

Athing Mu, who last year became the first American woman to win the 800 at the Olympics in more than a half century, posted a world-leading 1:57.01 in her first overseas Diamond League meet.

Hirut Meshesha, a 21-year-old from Ethiopia, picked up her second Diamond League win in five days, taking the women’s 1,500 by a comfortable margin in 4:03.79 to follow up her victory in Rabat, Morocco, on Sunday.

Also, Slovenia’s Kristjan Čeh took his third Diamond League victory of the season in the men’s discus with a meet-record throw of 70.72; and two-time Olympic silver medalist Joe Kovacs of the United States won the shot put at 21.85. 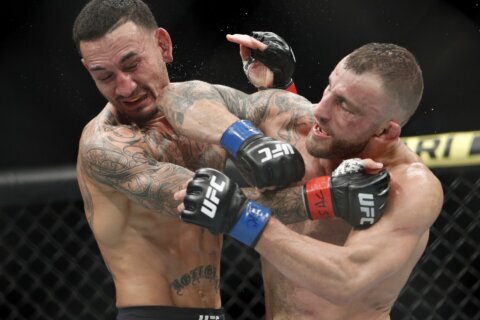 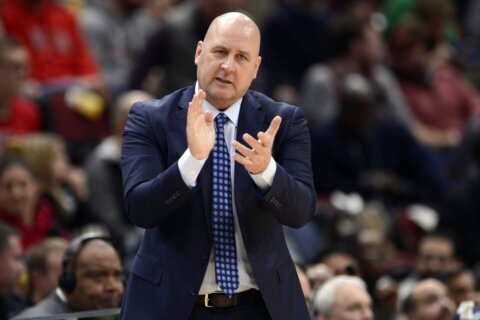 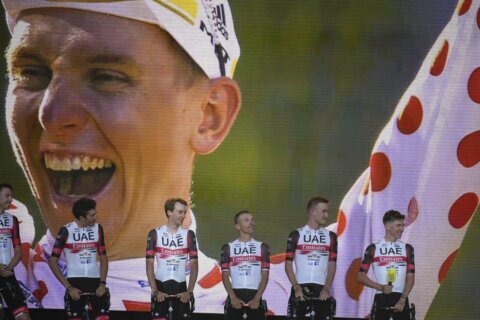