With a crisp white graphic look and roomy pockets, the uniforms to be worn by Team USA at the closing ceremony of the Tokyo Olympics were unveiled Wednesday by official outfitter Ralph Lauren.
Listen now to WTOP News WTOP.com | Alexa | Google Home | WTOP App | 103.5 FM
(1/13) 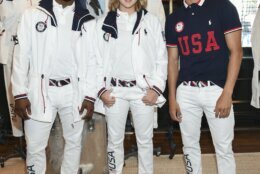 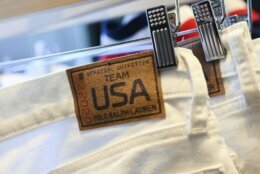 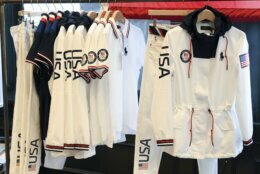 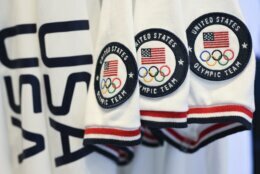 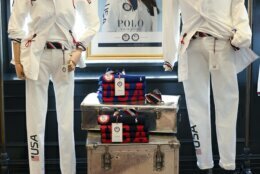 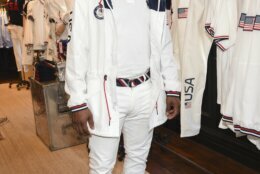 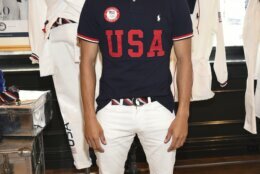 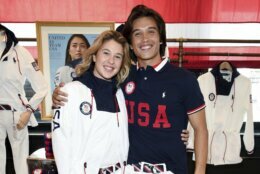 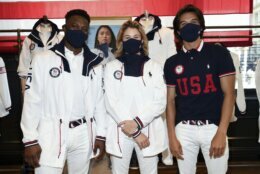 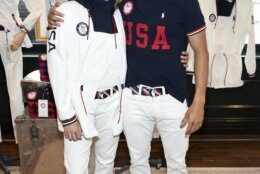 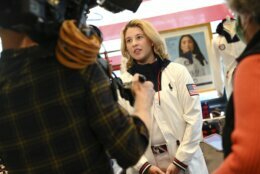 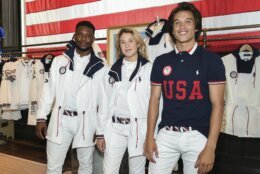 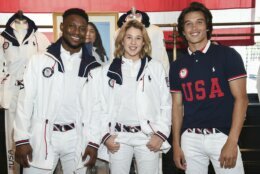 NEW YORK (AP) — With a crisp white graphic look and roomy pockets, the uniforms to be worn by Team USA at the closing ceremony of the Tokyo Olympics were unveiled Wednesday by official outfitter Ralph Lauren.

The uniforms, along with Ralph Lauren-designed Olympic Village attire for the American athletes, had been ready to go when the Games were postponed last summer due to the pandemic.

“It seems like we’re all go now,” David Lauren, the company’s chief branding and innovation officer, told The Associated Press ahead of the reveal. “They had been designed, produced and ready to roll.”

The Games are now scheduled to open July 23 and end Aug. 8 as organizers continue to figure out how to hold them with the pandemic still raging and just 100 days to go. In the meantime, Ralph Lauren is ready with opening and closing parade gear for the more than 600 Team USA athletes, those participating in the Paralympics and Olympic-themed items for sale to the public.

Opening ceremony uniforms will be unveiled in July.

Lauren, the son of the fashion giant’s founder, said sustainability was top of mind this Olympic go around.

Ralph Lauren, which has been outfitting Team USA since 2008, worked with Dow on a cotton pre-treatment dyeing process that uses less water, chemicals and energy than more traditional methods. The process was used for a navy Polo shirt each athlete will receive.

A leather alternative using plant-based materials and agriculture biproducts free of synthetic plastics was used for a patch on the closing ceremony’s white stretch denim pant, which is made of U.S.-grown cotton. And like the lightweight drawstring jacket, a striped red, white and blue belt to be worn by the athletes is derived partially from recycled plastic bottles.

The patches are already a keepsake of the historic Olympic delay: They say “Team USA” with the year 2020 printed in red.

The zip jackets in white include navy collars and hoods, and striped red, white and blue cuffs. An American flag patch is on one arm and “USA” is on the other, the latter also down one pant leg. The athletes will wear a classic white Polo shirt, white sneakers with a stripe design and navy masks also made of American cotton. The uniforms were made in the United States.

The company’s Olympic retail collection will be available for purchase beginning Wednesday on Ralphlauren.com and in June at select Ralph Lauren retail stores, select U.S. department stores and online at TeamUSAShop.com. All revenue supports Team USA.

“We want our athletes to really be ambassadors for American style, culture and sportsmanship,” Lauren said recently via Zoom from Manhattan. “We also understood that the message for the Olympics was about sustainability, that this would be the most sustainable Olympics in history and a chance for the team to showcase ingenuity around new ways of thinking about our environment.”

Daryl Homer, a silver medalist in saber fencing at the 2016 Games, is hoping to make his third Olympic appearance. He was one of three Tokyo contenders to model the closing uniforms for the AP at the Polo Ralph Lauren store in Manhattan’s SoHo district.

The Olympic delay, said the 30-year-old Homer, was tough at times, with a year off from competition.

“I feel pretty prepared,” he said. “I’m just getting ready the best I can, given the situation. I’m just happy for there to be a Games.”

Homer, living in Harlem during the pandemic, used his downtime to be “a normal person and step outside of sports a little bit. I read, I went on walks, I ran, I tried to stay in good shape. I tried to just be present where I was.”

Jordyn Barratt, a Honolulu native now living in San Diego, was also on hand to show off the uniforms. The skateboarder hoping to make the Olympic team for the first time now that her sport has been added said “it’s all starting to feel real in the last month or so. It’s feeling a lot more real and a lot more stressful.”

The 22-year-old has nationals, a pro tour stop and world championships to go before the Olympics, with no competition since November 2019.

And Barratt is thrilled for the chance to possibly head to Tokyo with her childhood friend, fellow skateboarder, Olympic contender and 2019 world champion Heimana Reynolds, a Honolulu native who moved to San Diego in November 2019, before the pandemic hit.

“I was probably like 8 or 9 years old just seeing her at the skatepark and we’d constantly just go skate together. We never really ever thought that we’d be this far in skateboarding. It’s really cool that we went from childhood skate buddies to traveling around the world competing, and now to this,” said Reynolds, also 22 and a park skateboarder.

“She was probably like the first girl skateboarder that I had seen,” he said. “I was like, wow, this is really cool that there’s girls out there skating.”

Reynolds, Barratt joked, was the “goody goody kid” growing up.

Lauren noted the Olympics will be the first time since the pandemic began that the “world has come back together again.” He called the Games a “coming out party” with a “sense of hope that we all need in our lives right now.”

Like other Olympic fans, Lauren is disappointed to be missing out on attending the Games in Tokyo. Organizers have decided overseas spectators will not be allowed. He has attended opening ceremonies for Olympics past in Beijing, Vancouver, London and Atlanta.

“It’s one of the great experiences of my life, to see all of these teams come together, to see the energy. It’s like nothing you’ve ever seen before,” he said. “When you’re there in person, it’s electric.” 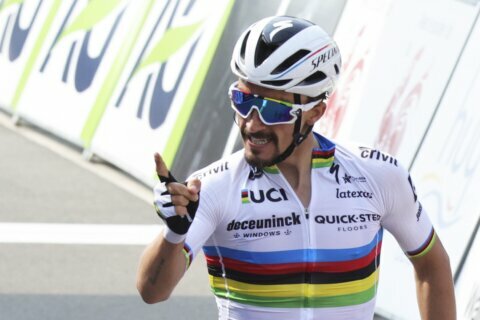 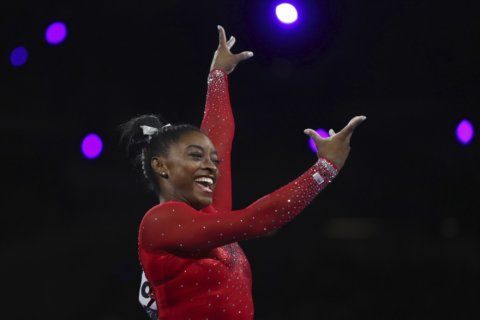 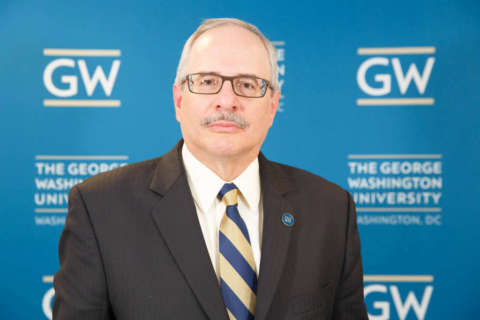 New
George Washington University’s president will step down in 2022