NASHVILLE, Tenn. (AP) — Roman Josi and Alexandre Carrier each scored and had an assist to lead the Nashville Predators over the New Jersey Devils 4-2 on Friday night.

Philip Tomasino and Mikael Granlund also scored and Juuse Saros made 23 saves for Nashville, winners of two of three.

“Our execution was strong, and that allowed us to be able to get to the game and be on the attack,” Nashville coach John Hynes said. “I thought some things we did in the offensive zone were much more purposeful than we did the other night. We were able to generate quality looks, quality zone time. That again went to some structural things. Guys were hard on pucks.”

Saros was relatively untested through the first 40 minutes, turning aside two New Jersey shots in the first and seven in the second.

“We weren’t ready and we’ve got to find a way,” Devils captain Nico Hischier said. “There’s no excuse there. We’ve just got to be ready. Everybody has to do that individually. There’s just no excuse. We’re not winning a game the way we played tonight.”

Josi scored the game’s first goal at 7:31 of the opening period. With the teams skating 4-on-4, Josi’s tough-angle wrist shot from the lower left circle squeezed between Blackwood’s pads.

Two days after falling 5-2 to the Vegas Golden Knights, the Predators were happier with their effort Friday.

“Against Vegas, we gave them some goals, couple bad turnovers, didn’t really execute out of our zone, and I thought that was a lot better tonight,” Josi said. “Especially in the first. You could see we had a lot of pressure, a lot of zone time, a lot of shots.”

From the left wall, Nick Cousins sent a centering pass to Tomasino in the slot, where he was able to get just enough of the puck to tip it past Blackwood for his fourth goal of the season.

The Predators are 8-0-0 when leading after two periods this season.

Granlund extended Nashville’s lead to 3-0 at 6:45 of the third from the low slot after taking a pass from Matt Duchene, who was below the New Jersey goal line.

Duchene has 20 points in 20 career games against the Devils.

Johnsson spoiled Saros’ shutout at 11:58 of the third, scoring his seventh of the season.

Carrier scored an empty-net goal with 1:10 remaining, and that goal was quickly followed by Tatar, who scored on a breakaway in the final minute.

One day after being claimed off waivers from the Seattle Kraken, Nate Bastian returned to New Jersey’s lineup.

“I liked his play,” Ruff said. “That line gave us energy. They did the right thing. They were heavy on the puck. They got in first.”

The Devils selected Bastian 41st overall in the 2016 draft, and he was taken by Seattle in the expansion draft prior to this season. After playing 12 games with the Kraken, Bastian was placed on waivers Wednesday and claimed by New Jersey.

Josi played his 700th career NHL game, all with the Predators. Selected 38th overall in the 2008 draft, Josi won the Norris Trophy as the NHL’s best defenseman in 2020. He has served as Nashville’s captain since the beginning of the 2017-18 season.

He is fourth in Predators franchise history for games played. Josi trails only David Legwand (956), Shea Weber (763) and Martin Erat (723).

Josi has recorded the most points by a Swiss-born player in NHL history with 466.

The Predators travel to Colorado on Saturday. 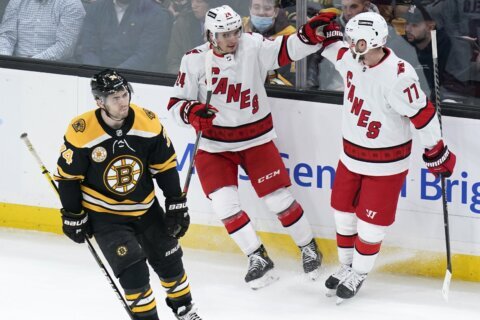 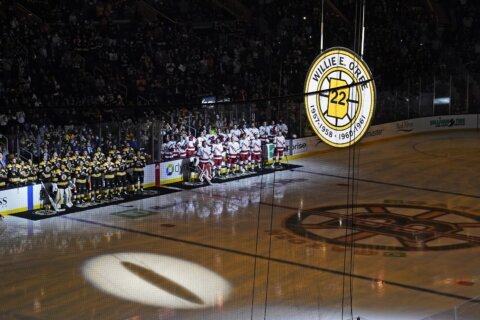 NHL pioneer O’Ree ‘overwhelmed’ as No. 22 raised to rafters 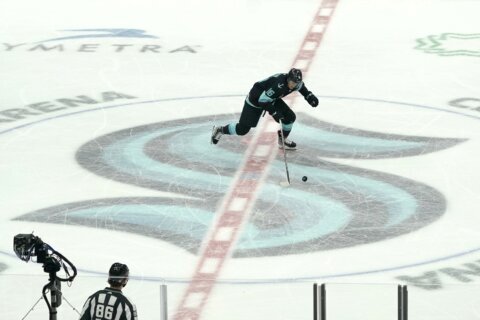