Jarry continued a string of strong performances to extend his shutout streak to 151 minutes and six seconds.

“As I get to play more, I’m feeling the game a lot better,” he said after his 14th start. “It’s making me a better goalie … being able to go night in and night out, just focusing on my game.”

Jack Campbell stopped 29 shots for Toronto, which had won 10 of its last 11 entering Saturday.

“Our guys wanted it just as bad,” said Montreal coach Sheldon Keefe, who marked two years at the team’s helm on Friday. “We lost to a good team that played better than us.”

The Penguins, who have dealt with a COVID-19 outbreak and a number of key injuries, won consecutive games for the first time this season; they beat Montreal 6-0 on Thursday.

The Leafs suited up for their NHL-high 13th home game of the season, and will now hit the road for six of the next seven, beginning Sunday at the New York Islanders’ brand-new UBS Arena before a swing through California.

The Penguins opened the scoring at 5:46 of the first period. Guentzel moved into the slot off the rush, stepped past Toronto defenseman Rasmus Sandin and then backhanded his seventh goal of the season past Campbell.

Pittsburgh made it 2-0 at 17:15 on a goal that seemed to materialize out of nothing. Former Toronto winger Kasperi Kapanen — playing his first game in Toronto since being dealt back to the Penguins in August 2020 — chipped the puck into the offensive zone from center. Jason Zucker outraced Leafs blue-liner Justin Holl and slid a pass in front to Carter, who got in front of Jake Muzzin to tap home his fourth on a helpless Campbell.

Crosby dressed for just the fifth time thanks to offseason wrist surgery and a positive COVID-19 test.

“I feel pretty good,” he said. “You sit around for 10 days … it’s nice to be playing games. With each game, I’ve felt better and better.” 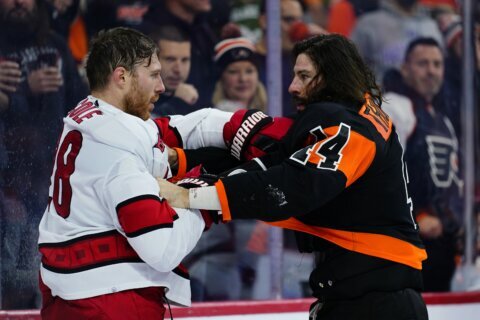 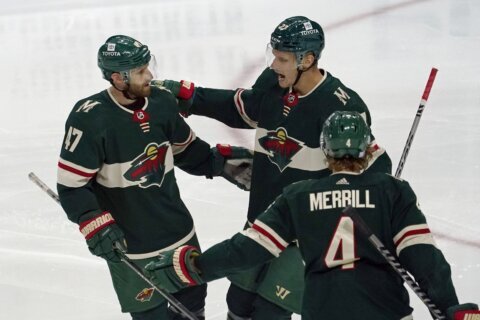