PITTSFORD, N.Y. (AP) — Gabe Davis still finds himself torn between the near future and the immediate past. As much…
Listen now to WTOP News WTOP.com | Alexa | Google Home | WTOP App | 103.5 FM

PITTSFORD, N.Y. (AP) — Gabe Davis still finds himself torn between the near future and the immediate past.

As much as the Bills receiver prefers looking ahead to his long-awaited opportunity of becoming a full-time starter entering his third year, Davis can’t help but reflect on how last season ended with an emotional thud.

The trouble he’s having is putting into perspective an AFC divisional playoff game in which Davis set an NFL postseason record by scoring four touchdowns receiving in a game where the Bills squandered a three-point lead in the final 13 seconds of an eventual 42-36 overtime loss to Kansas City.

In one breath, he said: “Kind of already over it. You know, people bring it up to me all the time and kind of tired of hearing of it.”

And yet, the 23-year-old can’t help but wonder what could have been had the Bills won before having the rug yanked from under them in what should have been celebrated as Davis’ NFL coming-out performance.

“We win that game, and it turns into the ‘Gabe Davis’ game or something, something crazy like that,” he said. “But, yeah, it eats at me because at the end of the day we lost.”

If there is one consolation, it’s Davis knowing he can produce in the clutch while having gained Josh Allen’s trust.

“I knew I gave my team the most I could have, and the best opportunity to go out there and win when I was needed most,” Davis said. “And that’s all I want is to be able to show people whenever my name is called that I can make the play.”

The expectation is for Davis to hear his name called even more this season. With Emmanuel Sanders’ offseason departure, the path has been cleared for Davis to take over the No. 2 spot opposite Stefon Diggs in what has been one of the NFL’s top passing offenses.

“We don’t know his limit yet, which is great,” receivers coach Chad Hall said.

“I think he could have started in this league for three years,” he added. “He’s very smart. He knows what’s going on. For me as a coach, he’s a security blanket because I know whatever he’s asked to do, it’s going to be done right.”

Davis took nothing for granted in spending the entire offseason training at the Bills facility to the point even general manager Brandon Beane questioned whether the receiver needed to take a break.

“No vacations. Nothing like that. Just straight work,” Davis said. “This is a big season this year. I know how important it is to everybody in the room. And I want to be able to have those guys be able to trust me.”

The Bills’ faith in Davis is not simply based on what he did against the Chiefs. It stems from the reliability, versatility — he’s familiar with playing each of Buffalo’s receiver spots — and production the 2020 fourth-round draft pick out of Central Florida has regularly put on display while filling more of a bit role.

In 2020, he finished second among NFL rookies and with Buffalo by scoring seven touchdowns receiving, along with 35 catches for 599 yards in 11 starts filling in for an injured John Brown.

One of his more notable performances came in a 27-24 wild-card playoff win over Indianapolis, when Davis made two toe-tapping catches along the sideline leading to the Bills scoring the go-ahead touchdown in the final minute of the first half.

Last year, Davis finished with 35 catches for 549 yards and six touchdowns despite only starting four games. His four TDs against the Chiefs came in various situations.

They included a 75-yard catch, in which Davis outraced two defenders in catching the ball in stride at the Chiefs 20. His third touchdown, a 27-yard catch, came on fourth-and-13 in which he made such a sharp cut inside that defender Mike Hughes fell while trying to adjust. And the Bills went ahead 36-33 on Davis’ 19-yard touchdown, when he beat defender L’Jarius Sneed over the middle.

“It wasn’t more so that game, because he had the ability before that,” Diggs said, when asked if what Davis did against Kansas City was a career launching point. “I wasn’t surprised of anything that he did that game. He had a hell of a game. But right now, Gabe is having a hell of a career for a young guy.”

Davis, who now goes by Gabe after being listed as Gabriel the past two years, refused to be satisfied with anything he’s done, while insisting he still has much to improve upon.

“I’m not the best receiver in the NFL,” Davis said. “My name hasn’t really rang any bells or anything yet, so I have to still keep pushing.” 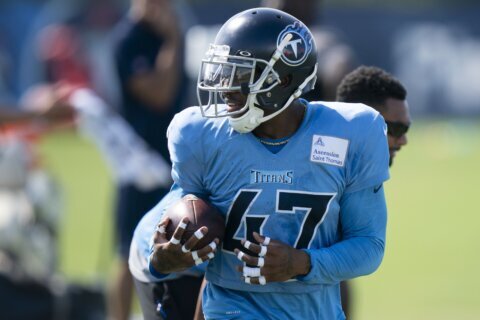 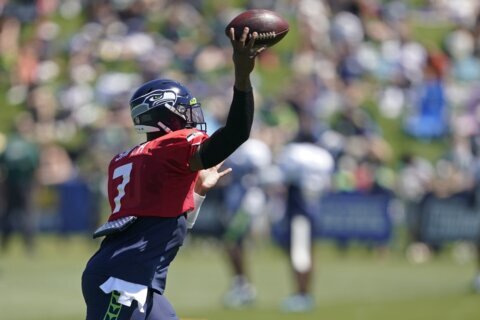