Lawrence on Jaguars drama: You can’t always be in headlines

JACKSONVILLE, Fla. (AP) — Trevor Lawrence has never experienced this much drama in a football season. Not in college. Not in high school. Not as a kid growing up in Cartersville, Georgia.

Jacksonville’s starting quarterback is ready for it to end, too.

“I do think that has to change and that’s something that we need to work on for sure,” Lawrence said Wednesday. “You can’t always be in the headlines. You just got to go play football, and that’s where we’re trying to get, and I have no doubt we’ll get there.”

No one expects it to happen anytime soon.

The Jaguars (2-11) have been mostly a punchline since hiring coach Urban Meyer in January. Meyer has created headlines and headaches for just about everyone inside the team’s football facility, and team owner Shad Khan said Monday “what’s different about this thing is you have losses and you have drama.”

The latest one involves former Jaguars player Josh Lambo claiming Meyer kicked him during practice in August. Lambo told the Tampa Bay Times that Meyer kicked him in the leg while he was stretching at the start of a preseason practice.

“It certainly wasn’t as hard as he could’ve done it, but it certainly wasn’t a love tap,” Lambo told the newspaper. “Truthfully, I’d register it as a five (out of 10). Which in the workplace, I don’t care if it’s football or not, the boss can’t strike an employee. And for a second, I couldn’t believe it actually happened. Pardon my vulgarity, I said, ‘Don’t you ever (expletive) kick me again!’ And his response was, ‘I’m the head ball coach, I’ll kick you whenever the (expletive) I want.’”

Meyer released a statement through the team denying the incident happened the way Lambo described it.

“Josh’s characterization of me and this incident is completely inaccurate, and there are eyewitnesses to refute his account,” Meyer said.

Lambo said he reported the incident to his agent, who contacted the Jaguars’ legal counsel the following day.

“Jaguars legal counsel indeed acknowledged and responded immediately to the query made by Josh Lambo’s agent Friday, August 27, 2021,” the Jaguars said in a statement. “Counsel offered to speak with Josh, or to assist Josh in speaking with coaching or any other football personnel, if he was comfortable with her sharing the information. Any suggestion otherwise is blatantly false.”

Lambo was released after he missed his first three field-goal attempts to start the season. Lambo declined several requests to speak with media members during his final month with the team.

Lambo’s allegation comes on the heels of an NFL Network report which said Meyer created tension with multiple run-ins with players and assistants. Citing unnamed sources, the report detailed a heated exchange between Meyer and receiver Marvin Jones that seemingly stemmed from Meyer criticizing receivers by saying they weren’t winning enough one-on-one matchups or getting enough separation.

“I would just say this: There was something that was brought to my attention that I didn’t like too well,” said Jones, who spoke publicly for the first time since the report was published Saturday. “I approached him about it and we talked and we handled it like grown men. And that’s all I have to say about that.”

Jones denied threatening to leave practice over the argument.

“I mean, shoot, when you lose, you’re always going to be the center of attention in a negative way,” Jones said. “That just is what it is. That’s all I have to say.”

Meyer’s other recent issues surrounded running back James Robinson getting benched twice following fumbles, and the coach seemingly not having any clue who’s in the game at certain times. Meyer has repeatedly struggled trying to answer nearly every question about substitutions.

Lawrence stepped in after Robinson was benched the second time and made it clear to coaches, including Meyer, that the team’s most consistent offensive player needed to be on the field more.

Meyer also has raised eyebrows for hiring and then firing alleged racist strength coach Chris Doyle; getting fined for having too much contact during offseason practices; signing 2007 Heisman Trophy-winning quarterback Tim Tebow to play tight end; holding a fake QB competition between Lawrence and Gardner Minshew; being the subject an NFL Players Association investigation after Meyer said vaccination status factored into the team’s roster decisions; and for getting caught on video behaving inappropriately with a woman at an Ohio bar. 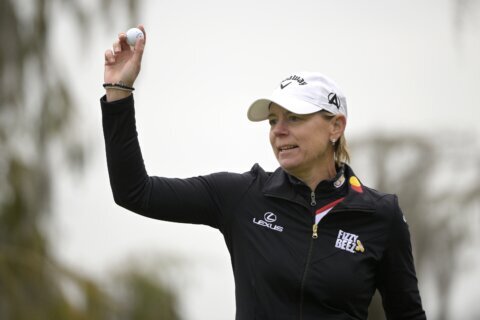