Gordon didn’t practice all week because of hip and shoulder injuries and was listed as doubtful Friday.

“We’ll see. It’s doubtful, but that’s why we didn’t list him as ‘out’ because if he makes a turn he can play,” Fangio said.

If Gordon is out, Williams will get the bulk of the workload with veteran running back Mike Boone also getting some work, Fangio said.

Despite a pair of fumbles, Gordon has rushed for 605 yards and five touchdowns to go with 22 receptions for 166 yards and two TDs.

Williams, a second-round pick out of North Carolina, has rushed for 568 yards and two touchdowns on 117 carries with 27 receptions for 193 yards and a TD.

Williams led the nation in missed tackles last season and the 42 missed tackles he’s forced his rookie year are second in the NFL to Jonathan Taylor of the Indianapolis Colts.

Gordon is 0-12 against the Chiefs in his career with the first 10 of those losses coming while he was with the Chargers.

The Broncos didn’t want to talk this week about their lack of success against the Chiefs, whom they haven’t beaten since 2015.

“I like to be where my feet are. So I really don’t like thinking about the past or even the future,” said safety Justin Simmons, who’s been around for 10 of the losses.

“I really like focusing in on the now and what’s at stake right now,” Simmons said. “But with that being said, at some point, it does (tick) you off a little bit. I’m really looking forward to Sunday.” 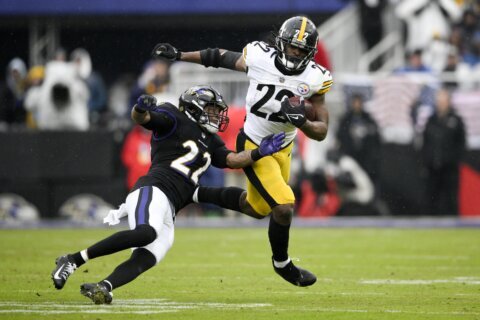 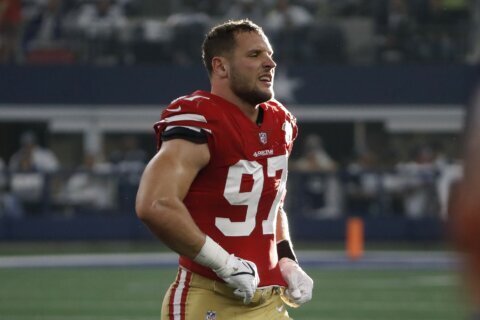 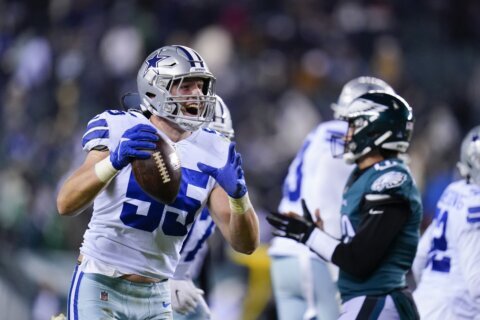