The NFL is requiring players and staff to wear masks inside team facilities regardless of vaccination status for a week starting on Thanksgiving, and they must be tested twice for COVID-19 after the holiday.
Listen now to WTOP News WTOP.com | Alexa | Google Home | WTOP App | 103.5 FM

The NFL is requiring players and staff to wear masks inside team facilities regardless of vaccination status for a week starting on Thanksgiving, and they must be tested twice for COVID-19 after the holiday.

The league’s protocols were updated as a result of increasing rates of COVID-19 across the country. Green Bay Packers quarterback Aaron Rodgers and Pittsburgh Steelers QB Ben Roethlisberger each missed a game in consecutive weeks because of COVID-19.

There were 34 new confirmed positive tests among players and 47 new confirmed positives among club personnel in the latest testing period from Oct. 31 to Nov. 13. Dr. Allen Sills, the NFL’s chief medical officer, said in a conference call Wednesday the league had its highest number of cases last week.

“This upward trend, coupled with the onset of colder weather driving individuals indoors, has resulted in an increased risk of infection among players and staff,” the league said in a memo sent to teams Tuesday and obtained by The Associated Press. “Our experts and data confirm that getting vaccinated remains our strongest defense against contracting and transmission of the virus within club facilities.”

As of Wednesday, 94.3% of NFL players and nearly 100% of NFL personnel are vaccinated. Overall, 30 of the league’s 32 teams have an overall vaccination rate of 95% or higher.

“Because we have a heavily vaccinated population, we are seeing fewer cases than in society, and those who test positive have milder illness,” Sills said. “We’re not seeing an uncontrolled spread among teams.”

Sills also said vaccinated players who contract COVID-19 are testing back in sooner than the 10-day window in a substantial number of cases. Those players are permitted to return after six days of quarantine if they have two negative tests 24 hours apart and no symptoms.

The league is conducting genetic sequencing tests on positive cases to determine exact strains of the virus. Sills said that showed that one club had eight positive cases within a two-week span but each case was unrelated, meaning the individuals were exposed to the virus from someone outside the facility.

“That shows our protocols are working and they’re doing what they’re designed to do, which is to prevent the virus from spreading in an uncontrolled manner throughout teams,” Sills said.

Additional masking will not be required outdoors or in the practice bubble when the mandatory mask policy is in place next week. Testing will take place on Monday Nov. 29 and Wednesday Dec. 1.

Last week, the NFL fined the Packers $300,000 and issued $14,650 fines to Rodgers and wide receiver Allen Lazard for violations of league and players’ union protocols. 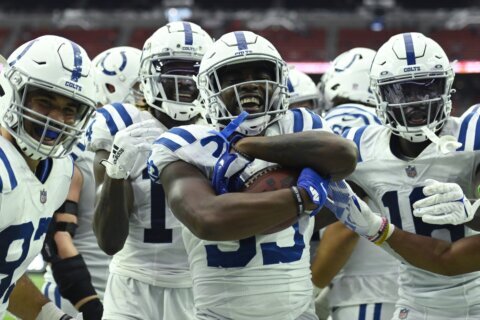 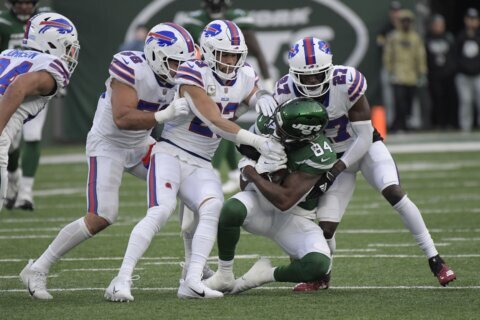 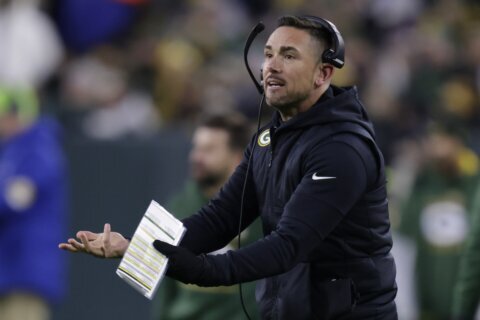