Colts travel to face the Bills in 2020 playoff rematch

ORCHARD PARK, N.Y. (AP) — Difficult as it was for Frank Reich to open the week being reminded of how…
Listen now to WTOP News WTOP.com | Alexa | Google Home | WTOP App | 103.5 FM

ORCHARD PARK, N.Y. (AP) — Difficult as it was for Frank Reich to open the week being reminded of how Indianapolis fell short in its most recent trip to Buffalo, the Colts coach also found reason for optimism.

“I’m not going to lie. It was painful to watch that game on tape again … but yet it was also encouraging,” Reich said, referring to a 27-24 loss to the Bills in an AFC wild-card playoff in January.

What also stood was how the Colts were one of any several plays away from a chance at victory. The potential turning points included getting stopped four times inside Buffalo’s 4, defensive end Kemoko Turay jumping offside on fourth down to extend an eventual Bills touchdown drive, and Rodrigo Blankenship banking a 33-yard field goal attempt off the right upright.

“We know there’s no consolation prize. But at the same time, I feel like it was a great effort by our team,” Reich added. “I feel like we’re a better team this year.”

That remains to be seen as the Colts (5-5) travel to face the Bills (6-3) on Sunday with questions still unanswered as to how good either team might be.

While the Colts have rebounded from a 1-4 start to win four of five, they’re 0-5 against opponents who made the playoffs last year.

The Bills, meantime, have padded their record by beating opponents entering Week 11 with a combined 18-39 record. By comparison, they’ve lost to Tennessee (8-2), Pittsburgh (5-3-1) and Jacksonville (2-7).

With Buffalo’s AFC East lead down to a half-game over New England (6-4), the team enters the meat of its schedule with its next six opponents currently .500 or better.

The hope is carrying over momentum from a 45-17 rout of the New York Jets. Buffalo’s offense shed its inconsistencies by scoring a season high in points, and a resurgent defense forced five takeaways for a second time this year.

“We can go wherever we want, but we just have to focus on us,” left tackle Dion Dawkins said. “We are the only people that can stop us from going where we want to go, and that’s just to say that we are our biggest opponent.”

While the defense has been stout, Buffalo’s Josh Allen-led offense has under-delivered despite scoring 280 points, the second-most in the NFL behind Arizona, which has played one more game.

What’s missing are fourth-quarter comebacks with all three of Buffalo’s losses decided by seven points or less.

The Colts have also had difficulty finishing, with two of their losses decided in overtime, and outscored by a combined 96-62 in the fourth quarter. In a 23-17 win over Jacksonville last weekend, the Colts nearly squandered a 20-6 fourth-quarter lead before the Dayo Odeyingbo and DeForest Buckner sealed the victory with a strip-sack of Trevor Lawrence at midfield with a minute left.

The win is all that mattered to quarterback Carson Wentz, with Indy back in the playoff picture.

“At the end of the day, we’re heading into late November and December here and we’re sitting at .500,” Wentz said. “We would love to say it could’ve looked different. All of that kind of goes out the window. It’s pretty wide open.”

Colts running back Jonathan Taylor needs 1 yard rushing to break a tie with two-time NFL rushing champ Derrick Henry to take the league lead. But the second-year running back is chasing a bigger milestone.

He has scored at least one TD and topped 100 yards from scrimmage in seven consecutive games. It’s the NFL’s third-longest streak, and one game behind former Colts running back Lydell Mitchell and former Chargers star LaDainian Tomlinson.

Reich is a former Bills backup to Jim Kelly, and recalled texting the Hall of Famer when Buffalo drafted Allen in 2018.

“Oooh, this feel like it could be the right guy to put our old team back on the map offensively,” he recalled.

“I love watching guys develop at the quarterback position. I don’t like playing against them,” he said, referring to Allen. “I have a lot of respect for what he’s done and how he’s done it.”

Allen was humbled when informed of Reich’s assessment, and well aware of the former backup’s place in Bills history.

Reich led Buffalo to overcome a 32-point deficit — the largest in NFL history — in a 41-38 overtime victory over the Houston Oilers in an AFC wild-card playoff during the 1992 season.

“To hear that come from him, it’s pretty cool,” Allen said. “But that doesn’t change my feelings on Sunday.”

The Bills will likely be down two starters on the COVID-19 reserve list. Defensive tackle Star Lotulelei was placed on the list hours before playing the Jets. On Thursday, right tackle Spencer Brown landed on the list. 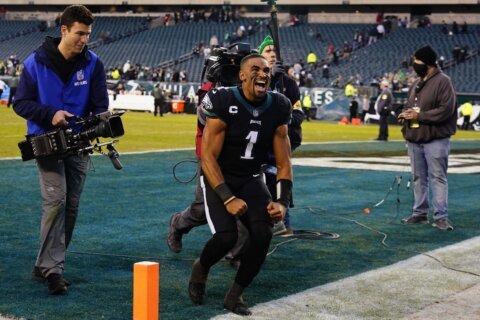 Run-happy Eagles go for third in row vs. reeling Giants 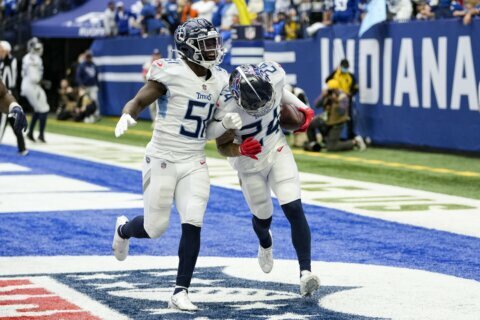 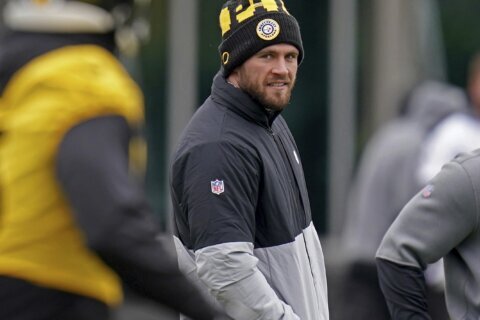