ORCHARD PARK, N.Y. (AP) — Bills coordinator Leslie Frazier has reasons to be encouraged by how Buffalo’s aggressive approach on defense has translated into two shutout victories a month into the season.

He knows better than to predict a third one coming on Sunday night, when Buffalo (3-1) travels to play Patrick Mahomes and the Kansas City Chiefs (2-2) in a rematch of last season’s AFC championship game.

“Our goal is to slow them down,” Frazier said. “I don’t know if anybody really stops them.”

The Bills couldn’t do either in losing twice to the Chiefs last season.

After allowing a season-worst 245 yards rushing in a 26-17 loss in October, Buffalo’s secondary was dissected by Mahomes, who had 325 yards passing and three touchdowns in a 38-24 win in January.

If the first four games of this season are an indicator, Frazier believes his defense is better prepared to face what’s coming this time.

“We feel like with the way our guys are playing and the confidence they have going into this game, we’re not the same team or defense that we were a year ago,” Frazier said. “It’s one game out of 17. It’s not going to be the game that defines us, no matter how this game goes. But I’m very encouraged about our defense.”

Following a 40-0 win over Houston on Sunday and a 35-0 win over Miami in Week 2, Buffalo became the NFL’s third team to post two shutouts through the first four weeks of a season. The Bills have yet to allow 300 yards of offense or 80 yards rushing, and lead the NFL with 11 takeaways (seven interceptions and four fumble recoveries).

Impressive as those numbers might be, they come with a caveat based on the relative weakness of Buffalo’s schedule.

Since a 23-16 season-opening loss to Pittsburgh, Buffalo’s three wins have come against opposing teams’ backup quarterbacks, including Miami’s Jacoby Brissett, who took over after Tua Tagovailoa was sidelined by a rib injury during the Dolphins’ second series.

The Bills won’t apologize for their schedule, while acknowledging they have a stiffer test in facing a Chiefs offense which is second in the NFL in yards and tied with the Bills with 134 points.

Rather than focus on the various ways the Chiefs can attack Buffalo, linebacker Tremaine Edmunds said the key is for the defense to continue playing within itself as it has all year.

“Obviously, you want to game plan against the offense but, man, you got to be prepared for everything,” said Edmunds, who earned AFC defensive player of the week honors with a team-leading six tackles and one of Buffalo’s four interceptions against Houston.

“It’s not so much focusing on our opponent, but focusing on things that we do,” he added. “It’s just about learning from those past two games and continuing to hone down on our fundamentals.”

Bad as the lingering memories of the two losses to Kansas City might be, coach Sean McDermott would prefer his players bury them firmly in the past.

McDermott acknowledged he has a difficult enough time sleeping worrying about how to contain the Chiefs’ offense than to have to also concern himself with addressing outcomes he and his players can’t change.

“I want them focused on this game,” McDermott said Wednesday. “It’s the next game, and we’ve got to continue to grow as a football team. I mean that. You can ask the team. That’s what I shared with them this morning.”

His players have bought in, including those on offense.

Buffalo returns 10 starters each on offense and defense from the team whose season ended at Kansas City in January, including receiver Stefon Diggs.

“Of course we hated the way that it ended last year. Anybody with any competitive nature would hate the way it ended,” Diggs said. “What we’re making it is the next game, and we got to come out and execute and play better than we did the last time we played them.”

NOTES: Starting LB Matt Milano’s status is uncertain after he missed practice Wednesday with a hamstring injury. Milano was also hurt in Buffalo’s loss to the Chiefs in October, when Kansas City running back Clyde Edwards-Helaire had what still stands as a career-best 161 yards rushing. … CB Tre’Davious White wore a non-contact jersey in practice because of a shoulder injury. … S Jordan Poyer was limited in practice after missing last weekend with an injury to his left ankle. 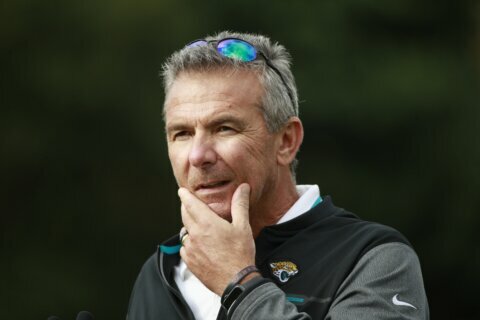 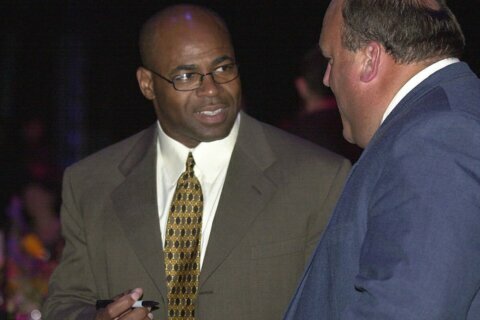 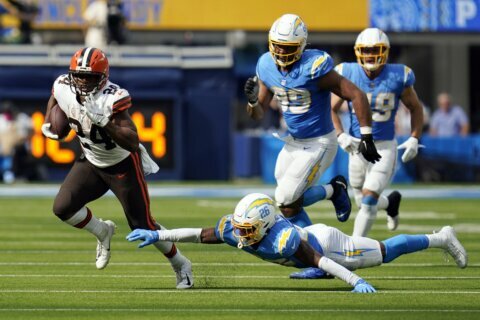