The Saints expect the Dallas area and TCU practice facilities to serve as their home base into at least Week…
Listen now to WTOP News WTOP.com | Alexa | Google Home | WTOP App | 103.5 FM

The Saints expect the Dallas area and TCU practice facilities to serve as their home base into at least Week 2 of the NFL season, coach Sean Payton said Monday.

Displaced from the New Orleans area by Hurricane Ida, the Saints had a closed practice indoors at TCU on Monday and will be there at the very least until they fly to Jacksonville to play Green Bay in a regular-season opener that had been originally scheduled for the Superdome.

When the team boards the plane out of Jacksonville following that game, “my anticipation is after this game we’ll be coming back that night to this location,” Payton said, referring to the Dallas area.

Thanks to a schedule that has New Orleans playing on the road in Weeks 2 and 3, there remains a good chance that the Saints will be back in their usual home stadium when they are scheduled to host the New York Giants on Oct. 3.

But even as electricity began returning to many New Orleans neighborhoods last weekend, Saints equipment personnel were back at team headquarters, packing up equipment to bring to Dallas that hadn’t made it on the initial trip on Aug. 28 as Ida spun toward Louisiana’s coast as a Hurricane.

Ida came ashore as a Category 4 storm and caused widespread damage in southeast Louisiana. But the Superdome was spared significant damage and the Saints’ practice headquarters in suburban Metairie also held up well, Payton said.

But deciding when to return to New Orleans is more complicated. Having players preparing for games while also being burdened with worries about when power will be restored to their homes, or when the nearest grocery stores and pharmacies might re-open, is hardly ideal.

“We’ll know when that right time is” to return the team’s operation to its regular facility, Payton said. “There’s a lot that goes into a decision like that, especially when you’re dealing with a lot of people.”

Payton said the decision about when to return would affect more than 130 people who’ve been temporarily relocated to Dallas.

The Saints practiced on the Dallas Cowboys’ home field at AT&T Stadium for several days last week before giving players off from Wednesday evening through Sunday.

A few players returned to New Orleans during the weekend off. Their families were already with them in Dallas, so most had friends or neighbors check on their properties while they traveled to see relatives or friends — or just to relax — in areas that were well outside the storm’s path of destruction.

Defensive end Cam Jordan, who has long since made New Orleans his family’s primary residence, was among those who returned home.

He posted a photo of himself Thursday posing as if he were about to bite into a piece of wedding cake he’d removed from his freezer because his house was still without power.

Defensive tackle Malcom Roach said he caught a flight from Dallas to Baton Rouge, where his mother picked him up and drove him back to Slidell, La., where family lives.

“They lost lights for about four or five days, but they’re doing good, just making it though like anybody else right now,” Roach said. “You’ve got to put things aside because there’s nothing you can do about it. There’s nothing I can do for my family right now while I’m at practice that will make anything better out of the situation.

“The best thing I can do is put a smile on their face by making plays on Sunday,” he added.

Several coaching staff members also briefly returned to check on homes and pack more items to bring back to Texas.

Payton said he didn’t necessarily think of the Saints displacement as a detriment.

“I actually think the opposite is going to take place,” referring to the entire team’s relocation to a hotel with many family members in tow. “You’re actually bringing a team a little closer together and it happens to come right at the start of the season … I don’t think it’s something I look at in negative light.”

Payton coached the Saints to the franchise’s only Super Bowl less than five years after Hurricane Katrina devastated the New Orleans area, while recovery from that disaster was still ongoing. He experienced during those years how strong the bond could be between an NFL team and its community, especially in a place where, from a cultural standpoint, the populace is especially passionate about football at the high school, college and pro levels.

“It’s kind of interwoven,” Payton said. “Players are proud and recognize the unique fan base and the region they get a chance to play for.”

NOTES: The Saints signed defensive tackle Montravius Adams and also brought back receiver Chris Hogan and reserve quarterback Trevor Siemian, who’d been cut at the end of the preseason. … While the Saints don’t currently have a kicker on the active roster, they signed kicker Aldrick Rosas, who kicked for them during the preseason because of Wil Lutz’s injury, to their practice squad. Lutz, tight end Nick Vannett and reserve lineman Will Clapp have been placed on injured reserve. 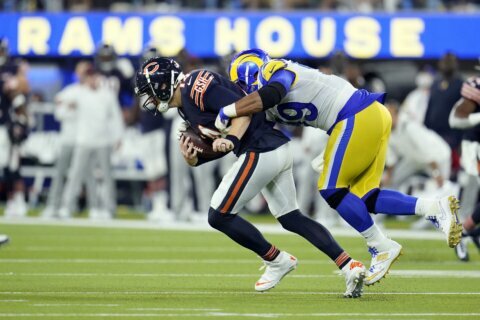 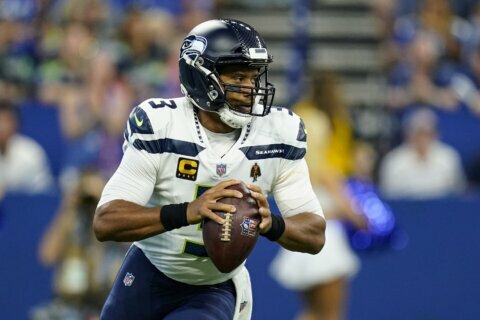 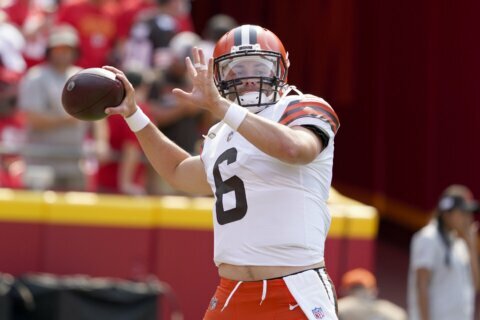